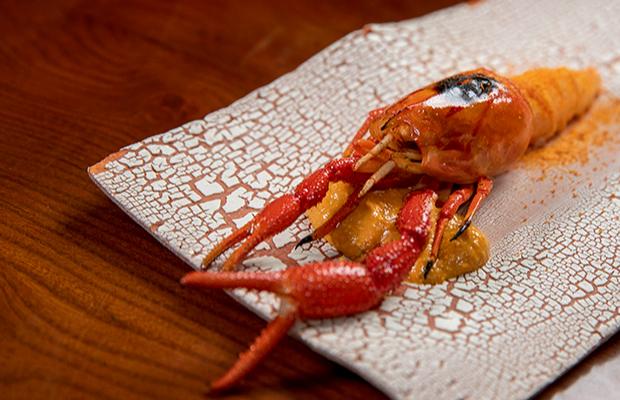 What it’s all about: This is where the magic began. The first establishment helmed by chef and chef-patron saint of modern Peruvian cuisine Gastón Acurio – who fortunately jacked in his law degree for hospitality – and pastry chef wife Astrid Gutsche. Opened in 1994, over the years the restaurant and its owners have grown exponentially, changing concept to focus exclusively on Peruvian culture, dishes and ingredients, as well as moving house: the eponymous restaurant relocated to Casa Moreyra in Lima’s San Isidro district in 2014.

What makes it special: All areas are finely tuned at Astrid y Gastón, starting with the most recent menu, a tribute to Lima. Star dishes served à la carte or as part of the tasting menu include Peking-style guinea pig bao, grilled octopus with a pseudo-cereal salad and lucuma gnocchi. Chef patron Acurio – who picked up the 2018 Diners Club Lifetime Achievement Award at The World’s 50 Best Restaurants – and his team have taken home a cluster of accolades over the years, ranking No.1 in the inaugural Latin America’s 50 Best Restaurants list in 2013 and winning the Art of Hospitality Award in 2017 and Latin America’s Best Pastry Chef for Gutsche in 2015.

The space: With a past dating back 300 years, Casa Moreyra continues to make history, but of a gastronomic kind. The former plantation house is home to a bar, private rooms, development kitchen, patio and kitchen garden; the tasting menu kicks off outside on the lovely terrace before moving into a minimalist salon.

Other projects: Peru’s gastronomic ambassador has found time to open La Bodeguita in Lima, pen Peru: The Cookbook, launch LatinoAmerica Cocina with Buenos Aires restaurant Don Julio and, in 2018, he was working with the Pontificia Universidad Católica del Perú to found the country’s first gastronomic university.