Three of the world’s best chefs, Joan Roca, Ashley Palmer-Watts and Peter Gilmore, will be trekking up to northern Thailand next month to experience The Royal Project, an agricultural scheme set up by the King of Thailand as a solution to drugs and poverty.

In the first of our 50 Best Explores series, we’ll be sharing every step of their journeys on social media, but for now here’s everything you need to know:

What is The Royal Project?

The initiative was founded in 1969 to tackle deforestation, poverty and opium production by offering a legal crop alternative. It was created by His Majesty, King Bhumibol Adulyadej of Thailand, following a visit to a hill tribe village where he discovered a variety of peach trees that yielded higher income than opium poppies. Realising there was not just a viable but also a more lucrative alternative to drug production, he set in motion converting farmers’ crops. This marks the first project of its kind and is one of the most successful in South East Asia today.

Up in Northern Thailand. The Royal Project, consisting of many project sites growing various crops, sits amidst a backdrop of lush greenery, majestic waterfalls and hill tribe culture. These rural stations are spread out around the buzzing city of Chiang Mai – a top destination for travellers, packed with plenty of food options, history, religious sites and a reputation for being the location to celebrate Sonkran (Thai New Year, which turns into an epic water fight). Over the course of our adventure we’ll get to the root of rice, coffee, passion fruit, fungi, livestock and more. Beyond the ingredients themselves, there’ll be opportunities to converse with farmers to see and hear first-hand how this project has affected their lives.

Heading to the sites in Northern Thailand will be three internationally renowned chefs: Joan Roca, chef-owner of El Celler de Can Roca in Girona, No.1 in The World’s 50 Best Restaurants; Ashley Palmer-Watts, executive chef of Dinner by Heston Blumenthal in London, No.7 on the list; and Peter Gilmore, chef-owner of Quay in Sydney, No.58 in the world ranking. Each will be accompanied by a Thai chef, who will guide them through the project, teaching them about the produce at the source. Chef Chumpol, Iron Chef of Thailand, Chef Nooror Somany Steppe of The Blue Elephant in Bangkok and Chef Nan of Little Beast, will provide practical knowledge and experience of working with these ingredients in successful Bangkok kitchens. 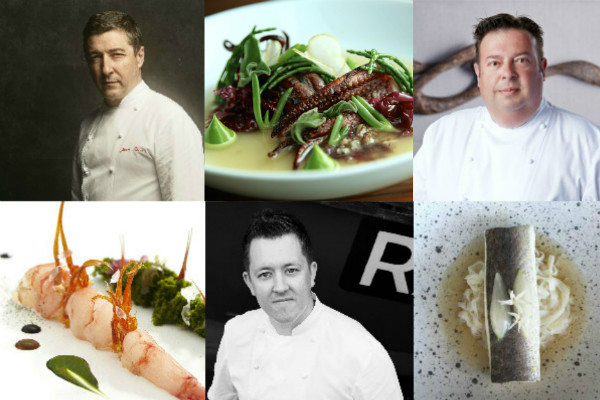 Together with the three local chefs, Joan, Ashley and Peter will explore and experiment with produce resulting from The Royal Project initiative, returning to Bangkok for a special collaborative dinner on Friday 4th March. The grand feast at The Blue Elephant in the Thai capital will be presided by celebrated owner and Chef Nooror Somany Steppe, providing a fitting finale to this educational epicurean experience.

Did you know there are more than 350 types of vegetables being grown at The Royal Project?

You can also follow the action from Asia’s 50 Best Restaurants, which will be held in Bangkok for the first time on Monday 29th February @Asias50Best