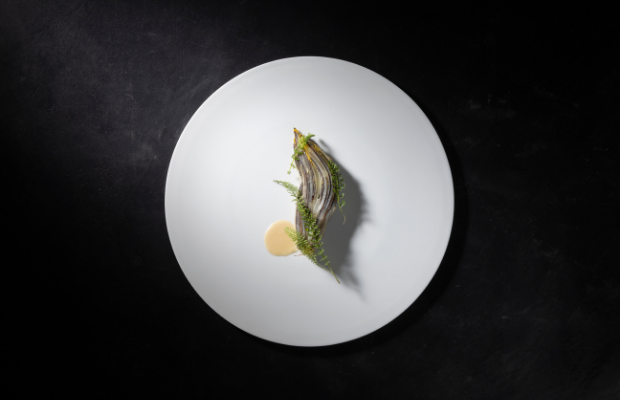 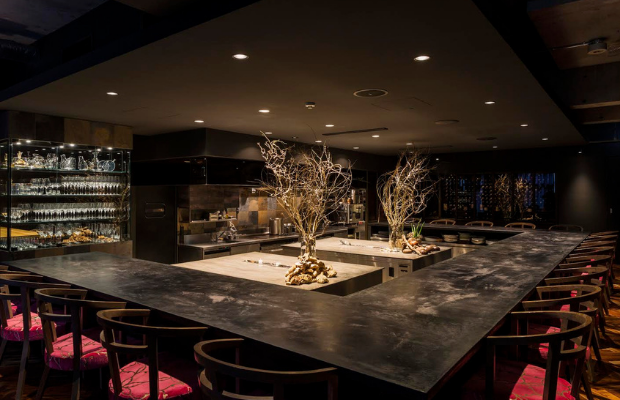 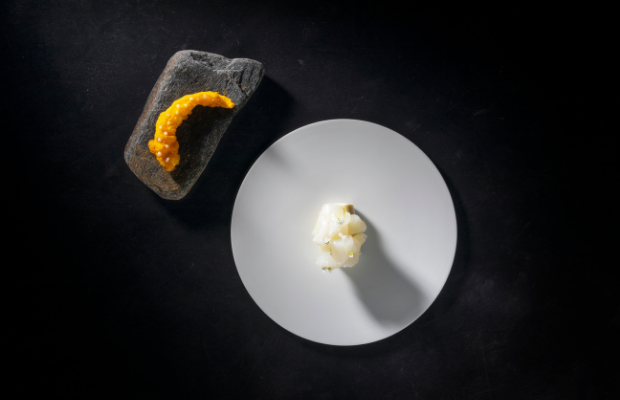 A ringside view on creativity in plain sight 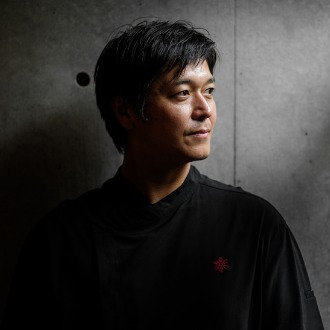 What’s the setup? Plush counter seating runs three sides of a large open kitchen where chef Hiroyasu Kawate and his crew work, allowing guests to watch as they prepare tasting menus of creative French cuisine. It’s a theatrical ringside setting that blurs the gap between front and back of house, opening up face-to-face interactions with guests throughout the meal.

What’s on the menu? Kawate’s focus on hyper-seasonality and his passion for locally sourced ingredients give his cooking a distinctive Japanese accent. Appetizers may include matte-black fritters of eggplant camouflaged against charred timber almost the exact same colour. His signature ‘sustainability beef’ carpaccio is taken from the meat of mature, 13-year-old breeding cows.

The word is spreading: Kawate's growing influence is evidenced by the success of his protégés. At Logy, former Florilège sous chef Ryogo Tahara has cemented his standing in Taipei by featuring on the Asia’s 50 Best Restaurants list in 2021 and 2022. Kawate also worked with chef Hiro Katayama on the opening of The Restaurant, inside the newly refurbished Shiroiya design hotel in Maebashi, an hour north of Tokyo. And in 2022, Florilège comes back to its highest-ever ranking, which it had reached only once before in 2018.

No letting up: September 2020 saw the opening of Denkushiflori, a collaboration with Kawate’s friend and long-time fishing pal, chef Zaiyu Hasegawa of Den. Needless to say it was one of Tokyo’s most anticipated openings of the year.