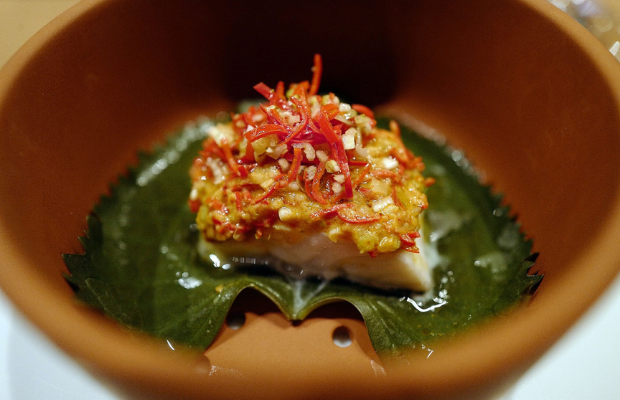 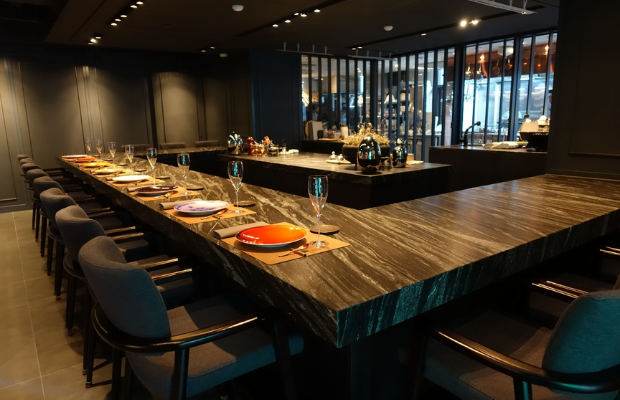 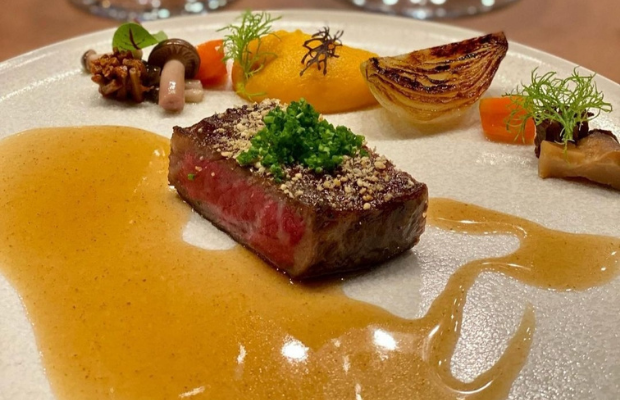 A journey through the seven tastes of Korea 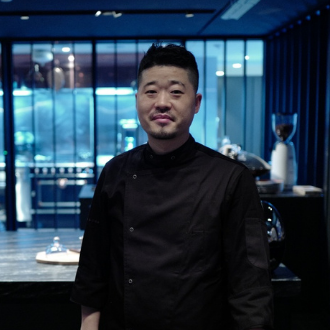 The chef: Kim Dae-chun is well known to Asia’s 50 Best, with his first Seoul restaurant, TocToc, winning the One To Watch Award in 2017. A former musician, Kim discovered a love of cooking while in Japan, training at the Tokyo Cookery Academy before introducing diners at Naoto Kishimoto's L'Embellir to Korean flavours.

What’s the philosophy? Ageing and fermentation, the cornerstones of traditional Korean gastronomy, are central at 7th Door, which opened in 2020. Kim aims to take diners through ‘the seven tastes of food’, including the basic five senses alongside the taste of fermentation and ageing, with the seventh being the chef’s vision for drawing out the essence of all the ingredients in Korea's larder.

The space: A neon purple corridor, lined with pots and jars containing a variety of vegetables, fish and poultry at different stages of ageing, leads to the dining room and provides a taste of what is to follow. A sleek counter, seating just 14 diners, surrounds the open kitchen, with guests treated to a full theatrical performance over the course of a three-hour tasting menu.

What’s on the menu? As expected, kimchi makes an appearance, but – as anyone familiar with TocToc will know – chef Kim puts his highly creative and inventive spin on ancient cooking methods. Small, fermented bites get the meal underway, followed by raw, fresh fish and a take on refined fried finger-food in the form of a shark’s fin spring roll, with Korean beef tenderloin served with salted hairtail that has been fermented for three years.