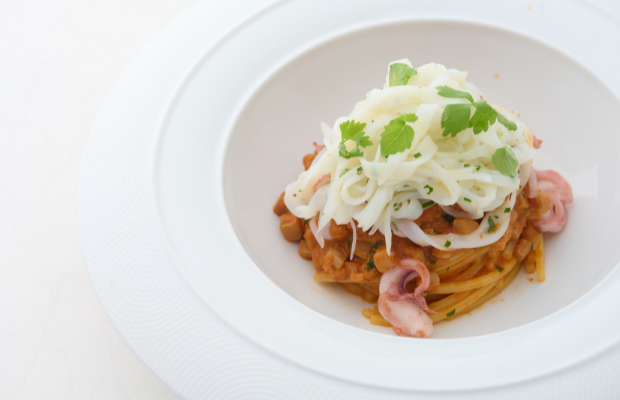 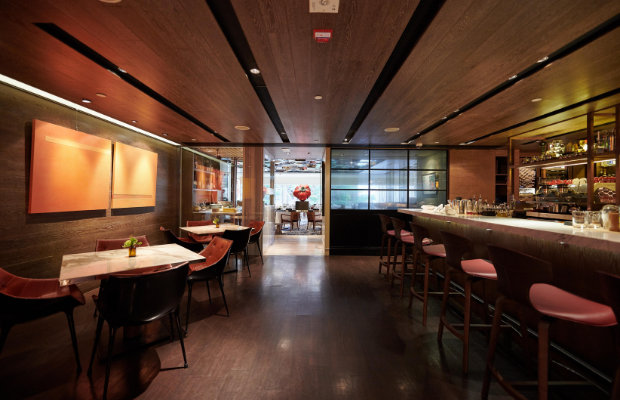 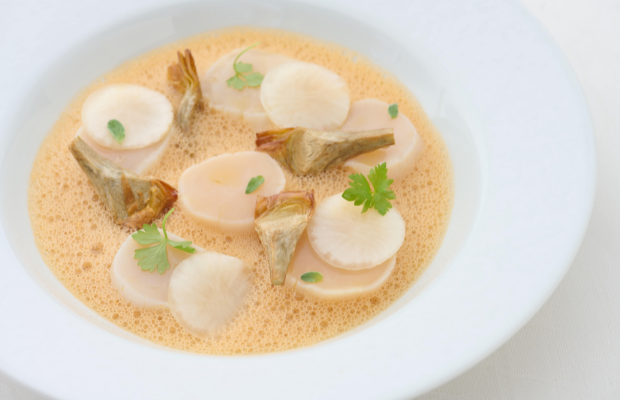 Elegant Italian food and artful hospitality from an Italian maestro 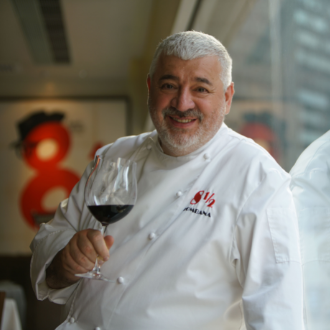 What makes it special? Award-winning chef Umberto Bombana opened 8 ½ Otto e Mezzo Bombana after the closure in 2008 of Toscana and The Ritz Carlton Hong Kong, where he had worked since 1993. The restaurant was awarded two Michelin stars after just 11 months of opening, and quickly achieved further critical acclaim. But its appeal goes beyond its outstanding Italian food, and in 2019 8 ½ Otto e Mezzo Bombana was also recognised with the Art of Hospitality Award.

Italian hospitality: Hailing from a nation known for its warmth and friendliness, the Italians are naturals at providing great hospitality. But chef Bombana and his team turn it up a notch, waltzing between the tables and graciously accommodating diners’ requests without pretension. To visit 8 ½ Otto e Mezzo Bombana is to be taken care of – and once through the doors, the customer should feel entirely at home.

What’s in a name? The restaurant was christened in tribute to Italian film director Federico Fellini’s 1963 movie 8 ½, where a film director retreats into his memories and fantasies. Bombana says the naming is a tribute to Italian lifestyle and art. The chef now has branches of 8 ½ in Macau and Shanghai (with the latter debuting on the extended Asia’s 50 Best Restaurants 51-100 list in 2022), as well as Opera Bombana in Beijing, Italian trattoria Ciak in Hong Kong and Ciak in Taikoo Shing.

On the menu: 8 ½ Otto e Mezzo’s tasting menu starts with warm lobster salad and moves on to homemade ravioli, veal tenderloin in crisp bread crust with mushroom ragout, and the famous baby lamb from Aveyron cooked with aromatic herbs and black olives and served with caponata. Finish the meal with blond cannelloni with bitter chocolate cream and cacao sorbet.

Bonus point: Chef Bombana counts among his accolades the title of Worldwide Ambassador of the white truffle from the Piedmontese Regional Enoteca Cavour, an Order of Merit by the Italian government as well as the Lifetime Achievement Award for his work across Asia in 2017.