A porcine party in a laid-back Brazilian setting 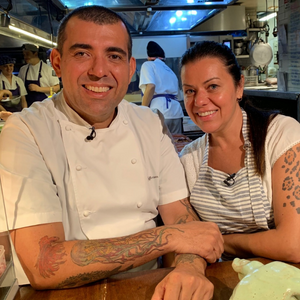 A carnivore’s idea of heaven, A Casa do Porco means ‘House of the Pig’ in Portuguese, and with everything from crunchy chunks of pancetta crackling to pork tartare, it’s a true porcine pilgrimage, with all meat 100% Brazilian.

An extensive list of pork-based options is divided into à la carte or the Da Roça para o Centro tasting menu, which represents a culinary tour through the Brazilian countryside, showcasing seasonal vegetables alongside the succulent meat preparations.

Chef-owner Jefferson Rueda started out as a butcher in his hometown and after training at a Brazilian offshoot of the Culinary Institute of America and working at numerous top restaurants in São Paulo, he later gained experience at El Celler de Can Roca in Girona, Spain.