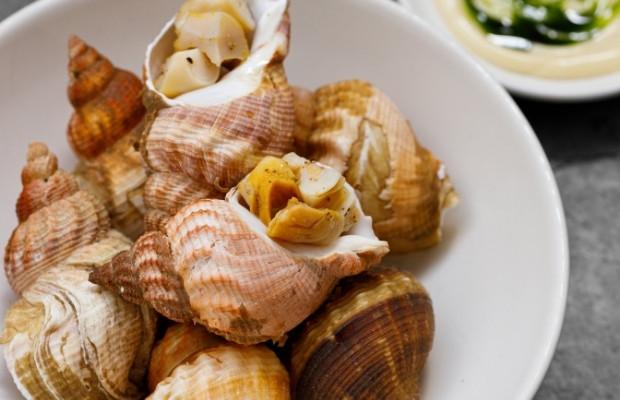 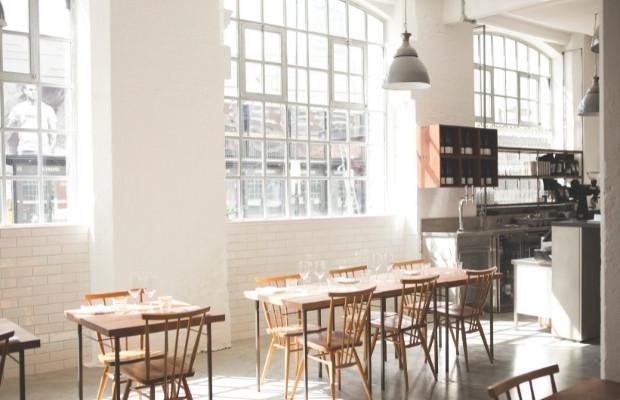 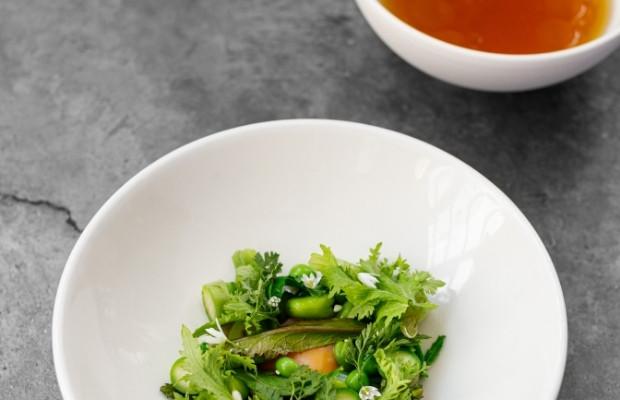 The epitome of Modern British food in an historic location 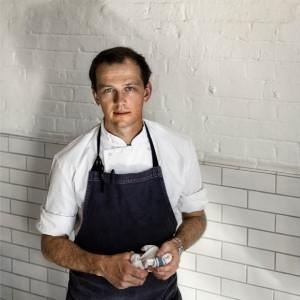 The space: Originally built as a factory for Lipton, Lyle’s is housed in trendy Shoreditch’s Blitz-surviving Tea Building. Décor retains a mixture of utilitarianism – think ash and elm tables or reclaimed British oak and walnut given a new lease of life as wine shelves – and brutalist poured concrete floors. Chef James Lowe was adamant that bums should sit on the Windsor chair, a design classic; Lyle’s is also well equipped in the natural light department, with sunlight streaming in through enormous Crittal windows.

About the chef: After dining two consecutive nights at St. John and The Fat Duck as a 20-something graduate, Lowe was so blown away by the different experiences that he became convinced that he too should run a restaurant. Jacking in his dream of becoming a pilot and after notching up experience with Heston Blumenthal, Fergus Henderson at St. John and a longer stint at The River Café, Lowe then took the pop-up route with chef friends Ben Greeno and Isaac McHale under the ‘Young Turks’ moniker. Seven years ago, he opened up a permanent space in east London’s Shoreditch, aiming to identify British food in this day and age and the rest, as they say, is history.

On the menu: The short and sweet daily menu is micro-seasonal, showcasing what’s best on any given day in London and the UK; the wine list follows suit. Attention to detail starts at origin and working with producers is key: fish is couriered from Cornwall while every week in summer the Lyle’s team drives to the south coast to pick fruit. Lowe’s philosophy sports common sense, with dishes focusing on a particular moment in a particular season: during the shooting season, gamebird or venison is likely to be the main protein – think wild duck breast cooked at a low temperature in a wood oven, served with preserved wild mulberries and red cabbage. Monkfish, Pink Fir potatoes and preserved gooseberries is a true highlight. Lowe also enjoys challenging diners with oft-forgotten products such as mutton, cooked over the grill with beechwood charcoal.

Other projects: In 2019, Lowe launched bread-focussed Flor in the heart of London’s Borough Market. After working out how to elevate a two-ton bread oven up a spiral staircase, it’s well worth checking out either for lunch, or to simply takeaway some of the inventive pastry work.