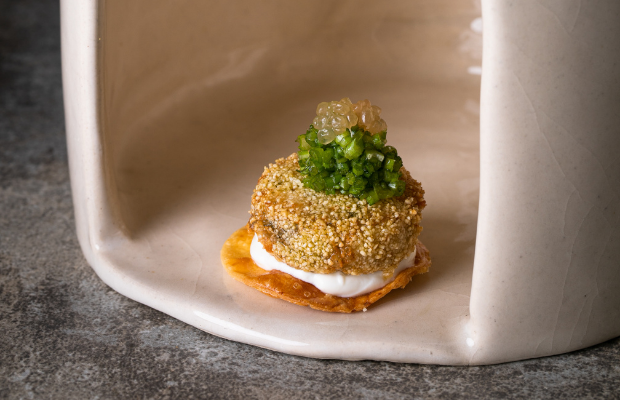 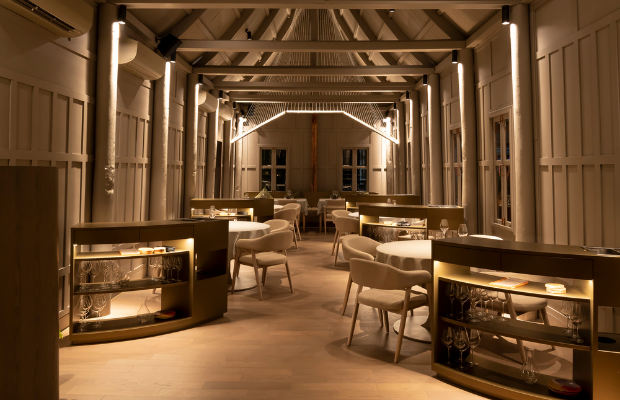 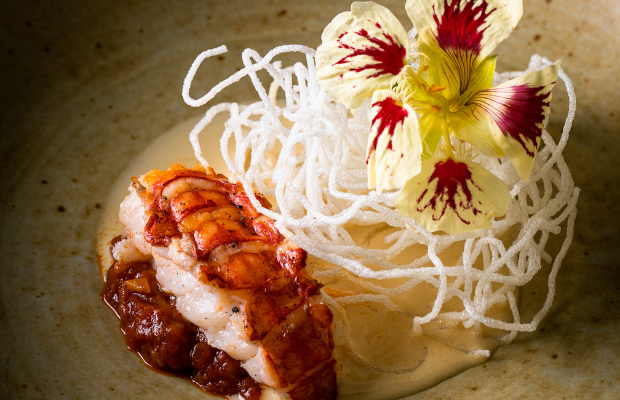 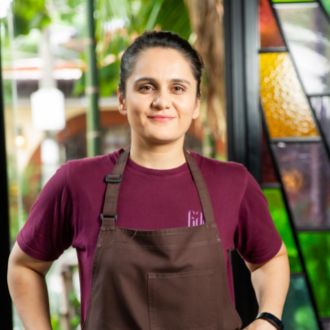 About the chef: Inspired by her father’s home cooking as a child, Mumbai-born Garima Arora recognised her calling as a chef at a young age. Most notably, she spent two years in Copenhagen cooking at one of the world’s most respected restaurants, Noma. Prior to opening Gaa, she was ensconced at Gaggan Anand’s now closed Bangkok restaurant, which held the No.1 position in Asia’s 50 Best Restaurants for four consecutive years. Gaa’s debut on the list in 2019 was a double success for Arora, who was voted as winner of the Asia’s Best Female Chef Award while her restaurant also received the Highest New Entry Award.

What’s on the menu? Melding flavours from India and Thailand, Arora builds progressive dishes with ingredients dictated by the seasons. Guests sign up for a tasting menu that features dishes such as Surin wild rice served with tamarind cola, Bombay sandwich, spicy uni toast and Kashmiri moral paniyaram. With a medley of courses created from seasonal ingredients and a menu that changes every three months, Gaa is truly at the coalface of modern Indian cuisine.

Fermentation focus: Considering the two years Arora spent at Copenhagen’s fermentation-focused fine dining haunt Noma, it’s no surprise to hear that the chef built a fermentation room of her own at Gaa. There, she experiments with preserving various indigenous Thai ingredients, yielding everything from fish sauce to lychee sake and split pea miso.

A new home: The restaurant relocated in late 2020 to a 60-year-old traditional Thai house featuring curved ceilings and a string art installation that represents the spiritual connection and bliss shared by those gathered in the space. The location also includes Arora’s new casual eatery and wine bar on the first floor, named HERE.