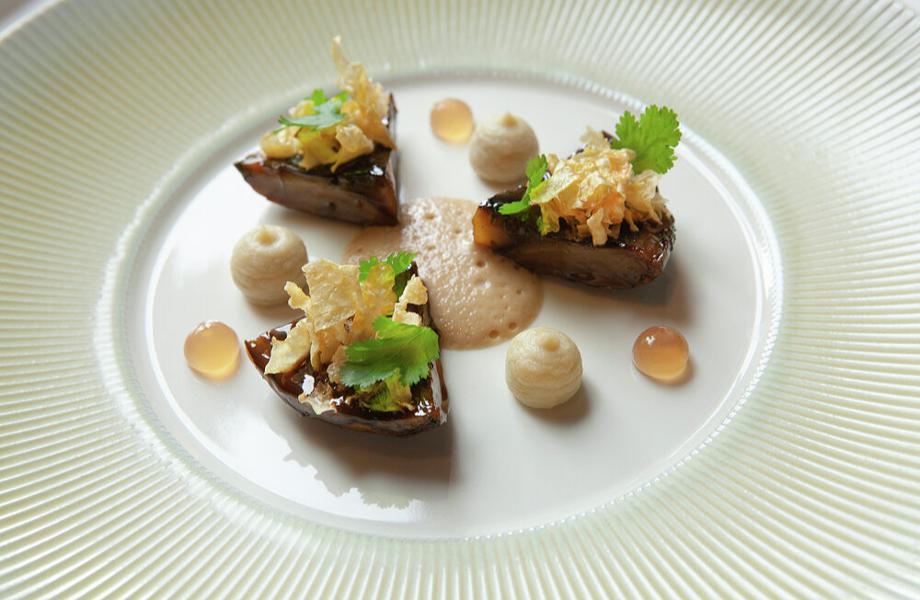 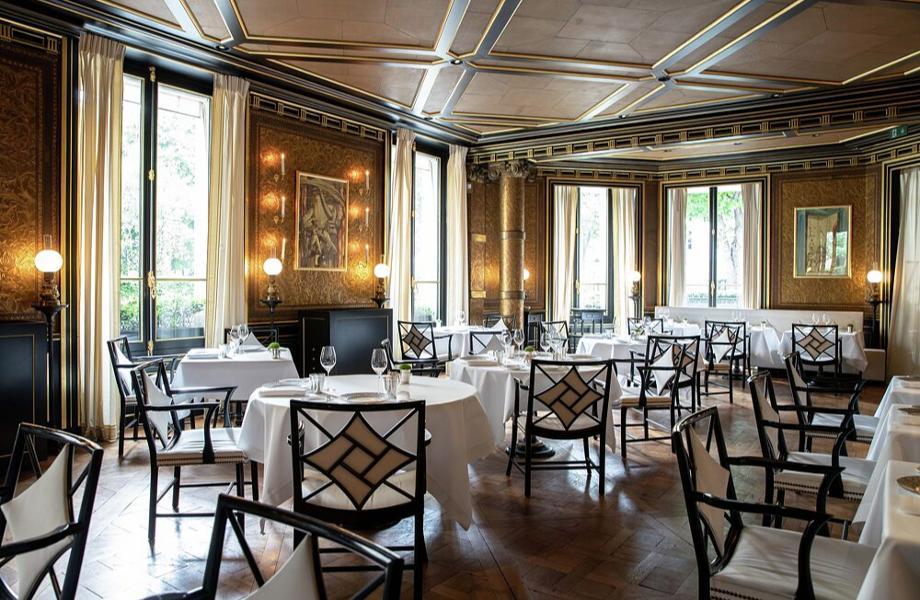 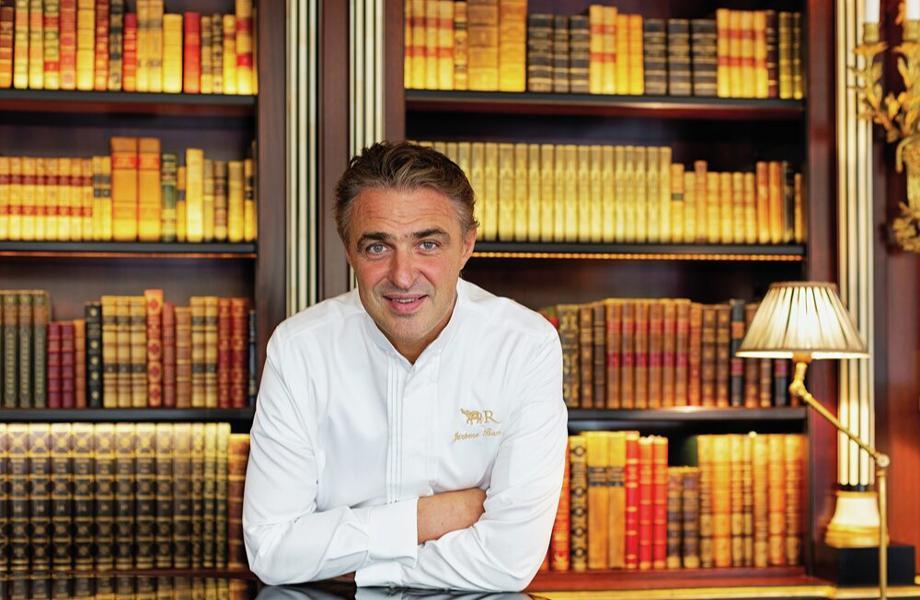 Opened in 2015, Paris’ sumptuous Michel Reybier-run La Réserve hotel serves Michelin two-star cuisine (awarded within a year of opening) in its 40-seater Le Gabriel. Head chef Jérôme Banctel, who has worked alongside some of France’s greats, including, notably, Alain Senderens at Lucas Carton, masterfully reinterprets French classics, imbuing them with Japanese flavour using techniques gleaned from his many visits to the country. Representative is his ‘Le Saumon’ entrée, in which the fish, having been marinated in miso for five days, is served with a paper-thin slice of daikon wrapped around smoked aubergine, a lemon paste ‘berry’ on top. 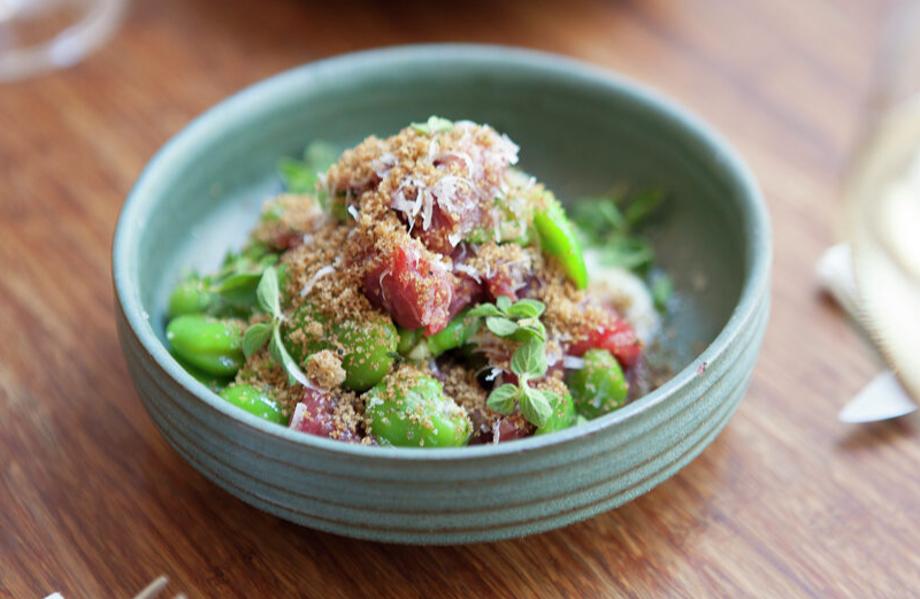 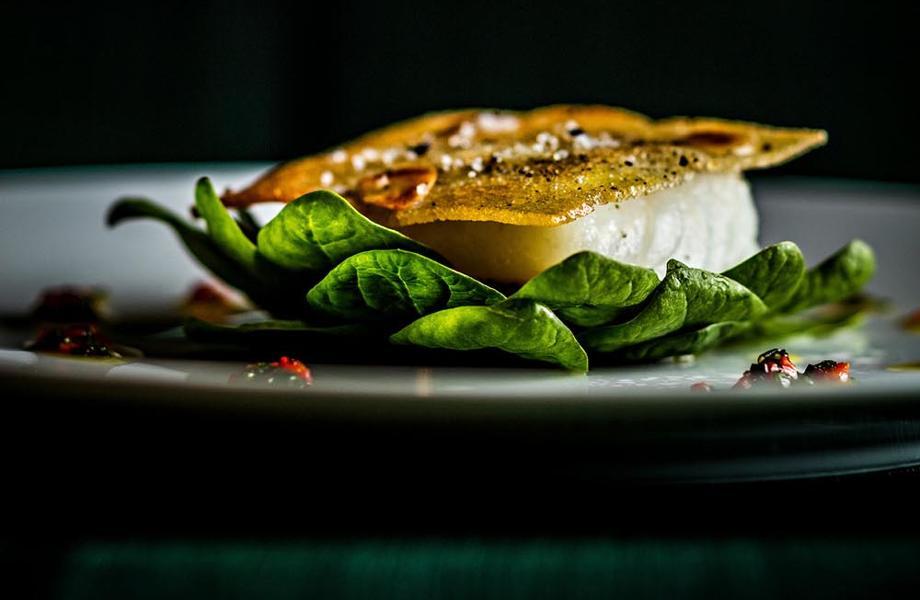 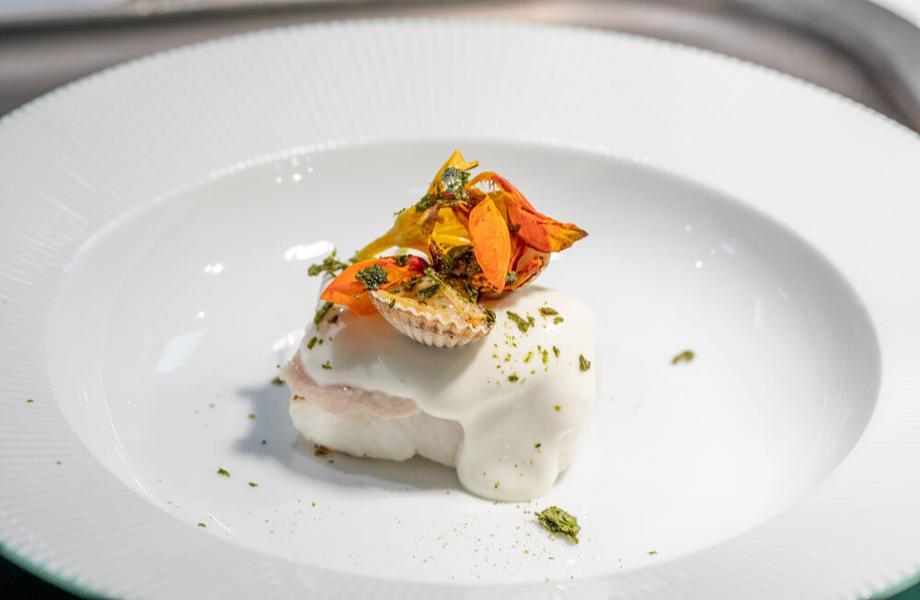 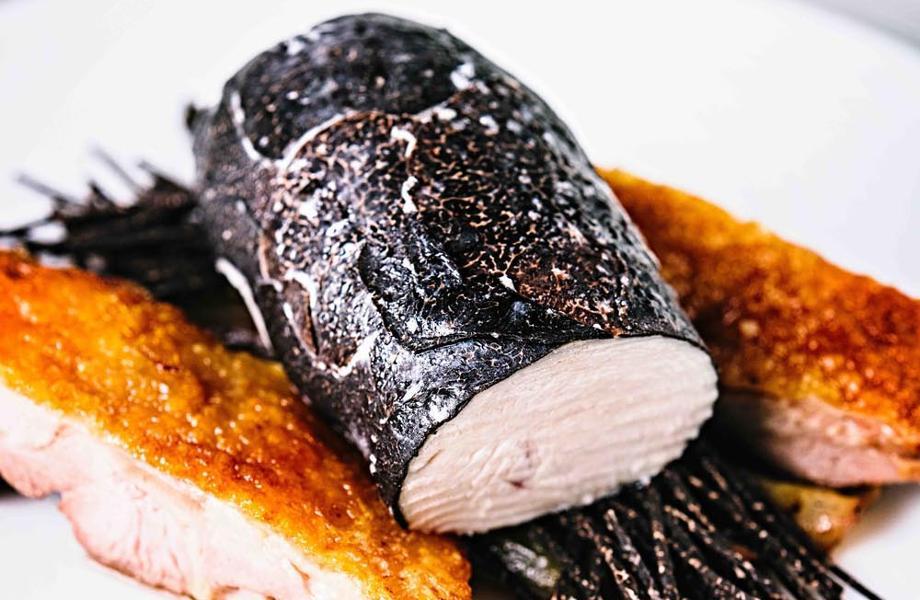 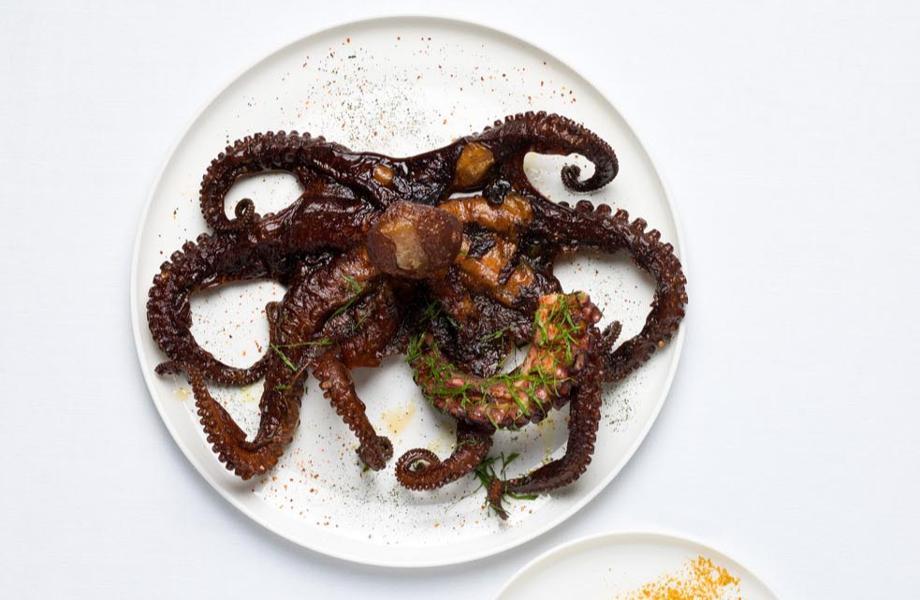