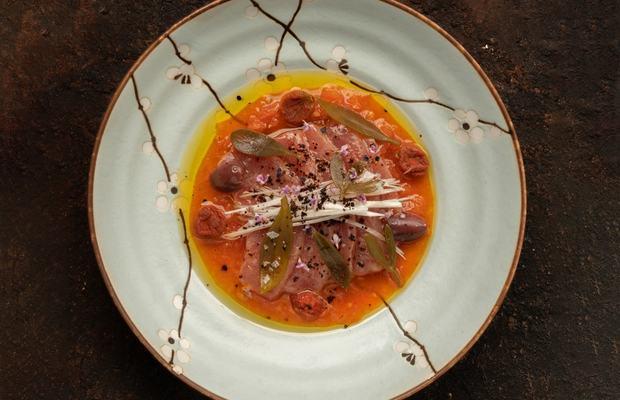 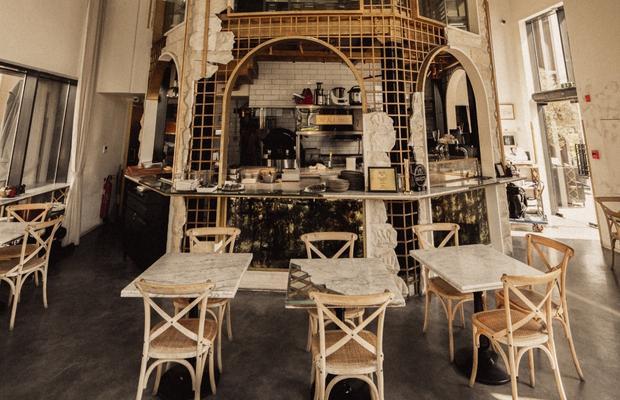 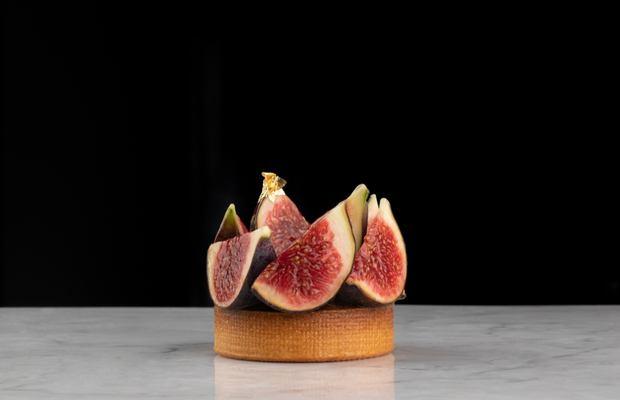 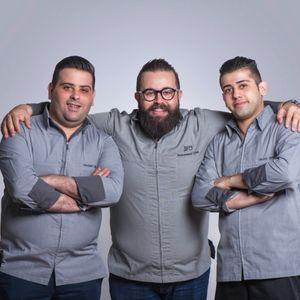 Where to start? This is the story of three immigrant chef brothers from Syria working together to create a genuinely unique dining experience; an against-the-odds triumph of personal perseverance, brilliant storytelling and endless curiosity. The unlicensed restaurant’s culinary style defies categorisation, but it has culminated in Orfali Bros Bistro being voted The Best Restaurant in Middle East & North Africa 2023.

The triumphant triumvirate: Big brother Mohammad is the head chef, leading voice and energetic guiding force in this family affair. A veteran TV cook and restaurant chef in the Middle East, he has taken ingredients, techniques, traditions and influences from across the world and used them to create his own take on Arabic cuisine. While he runs the main kitchen, his two younger brothers, Wassim and Omar, hover one storey above in their own pastry world. Both are classic pâtissiers in the French mould, but with contrasting approaches, leading to a stellar selection of pastries, buns, éclairs and desserts that pepper the menu. The trio grew up in Aleppo, then dispersed to different destinations before reuniting in Dubai to open Orfali Bros Bistro in 2021.

What’s on offer? There are no restrictions to what dishes the team might create, based on anything they love to eat. ‘Rules are meant to be bent and broken, with respect to our tradition’ is one of the Orfalis’ mantras. Prepare to be hit with surprising combinations that reference art, travel, diverse cultures, Syrian traditions and personal experiences. Examples include ‘Guess what?’, a fattoush, Greek salad and gazpacho hybrid; the Aleppo street bun (wait and see); and the shish barak à la gyoza, a Levantine take on the Asian staple.

The restaurant itself: Located on a corner site in Dubai’s Wasl 51 neighbourhood, this is an open, unpretentious space dominated by the two-storey kitchens overlooking diners. Chef Mohammad regularly glides from the ground-floor pass to each table to explain in charismatic fashion how each dish came to be.

Unique selling point: Orfali Bros Bistro is a distinctive neighbourhood eatery that has captured the imagination of Dubai’s multi-cultural residents as well as food-loving visitors from across the globe with its combination of tradition and technique, and its simultaneous nods to nostalgia and progression.