It was the biggest celebration of global gastronomy the planet has ever seen – the chefs and restaurateurs from The World’s 50 Best Restaurants came together in Australia with international media, gastronomes and Australia’s finest cooking talent for more than a week of celebrations, discussions and, of course, plenty of food.

In the second stage of a global tour that kicked off in New York in 2016, this year’s events were held in Melbourne, coinciding with the 25th anniversary of Melbourne Food And Wine Festival.

To start the proceedings, eight of the 50 Best chefs gave a series of Masterclasses at Melbourne Food And Wine, while over in Sydney we hosted a special sell-out edition of #50BestTalks live at Sydney Opera House. Then followed another live #50BestTalks in Melbourne, the annual Chefs’ Feast celebration on the beach at St. Kilda, and finally the biggest awards ceremony ever at the Royal Exhibition Building. There are too many highlights to list, but here are a few... 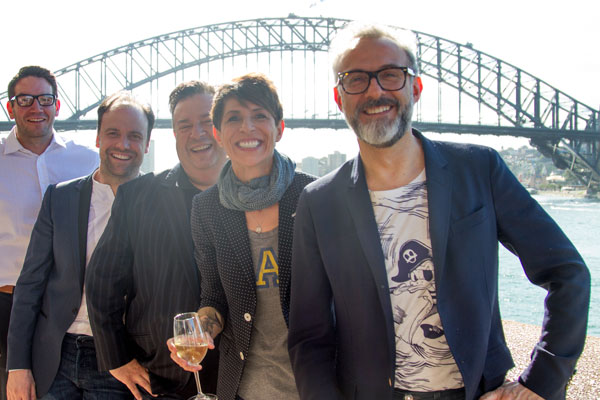 Chefs Brett Graham (The Ledbury), Peter Gilmore (Quay and Bennelong), Dominique Crenn (Atelier Crenn) and Massimo Bottura (Osteria Francescana) came together in Sydney for a special 90-minute-long talk show to discuss the topics at the heart of the food world at #50BestTalks, sponsored by S.Pellegrino & Acqua Panna. They were joined by Mitch Leinhard, the 2016 winner of the San Pellegrino Young Chef competition (left in this picture). 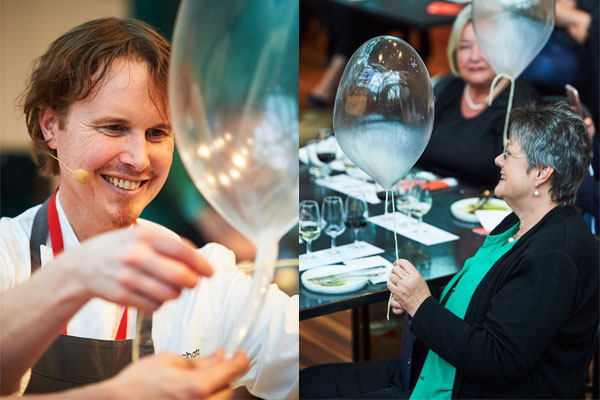 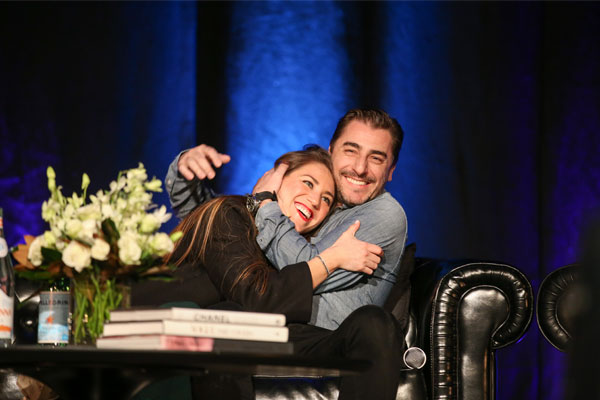 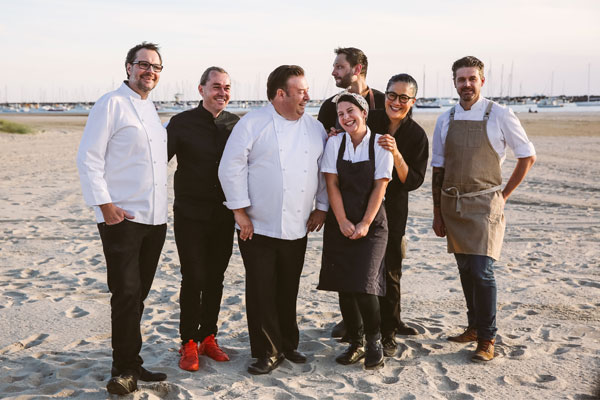 The annual Chefs’ Feast, where the cooks and restaurateurs from the list get together to celebrate over food and wine before discovering their place on the list, was this year held on the beach for the first time ever. At St. Kilda’s West Beach Bathers Pavilion in Melbourne, Australian cooks Martin Benn (Sepia), Shannon Bennett (Vue de Monde), Peter Gilmore (Quay and Bennelong), Lennox Hastie (Firedoor), Analiese Gregory (Bar Brose), Kylie Kwong (Billy Kwong) and Jock Zonfrillo (Orana) cooked a combination of barbecue food on the beach and a full fine dining meal with Aussie ingredients. 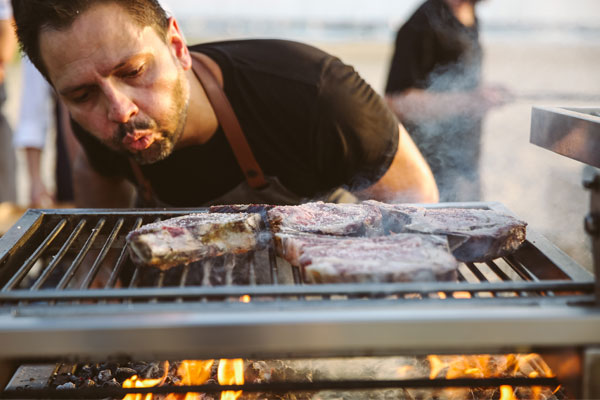 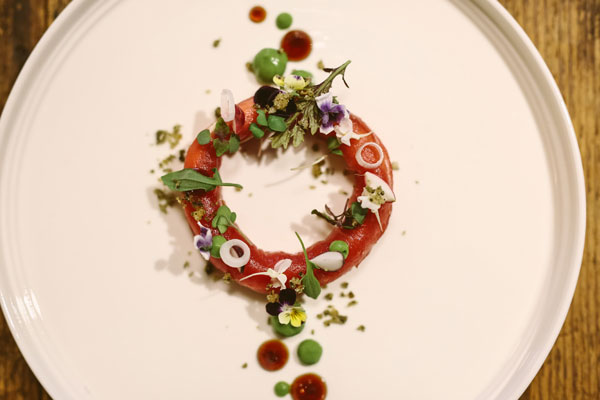 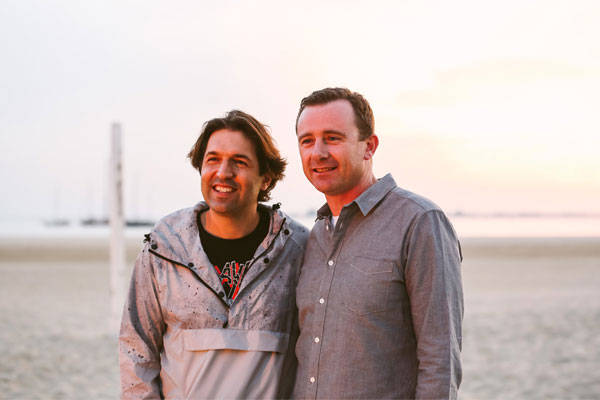 Melbourne’s own Ben Shewry (Attica) and Dan Hunter (Brae) were both present at the Feast. Shewry gave a speech welcoming his peers to Australia and celebrating the fact that this was the first and only time such a huge group of esteemed chefs would (probably) ever be together in the same place in Australia.


8. Calm before the storm 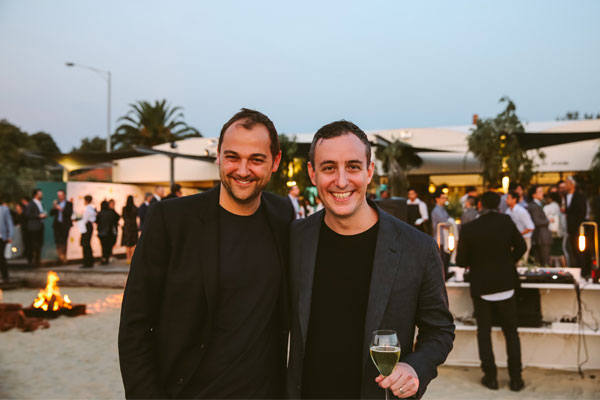 Daniel Humm and Will Guidara, the chef-owners of Eleven Madison Park in New York, were pretty relaxed on the beach – how would they fare at the awards ceremony the next day? 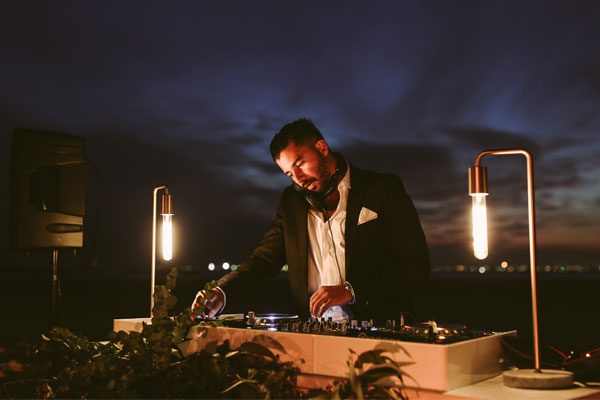 DJ Karim Mattha played the tunes from sunset until the end of the night. 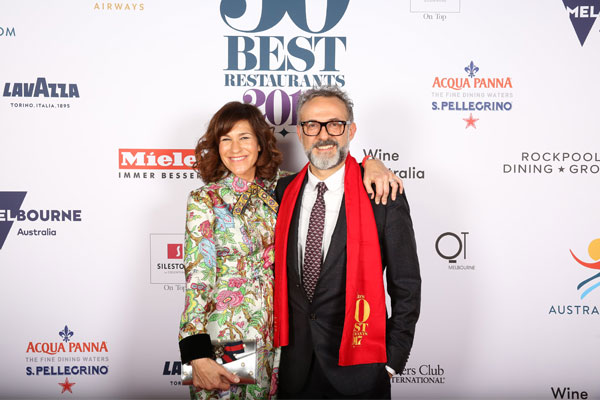 On Wednesday 5th April, the chefs arrived at the stunning Royal Exhibition Building in Melbourne for the annual awards ceremony – The World’s 50 Best Restaurants 2017. Massimo Bottura and Lara Gilmore of Osteria Francescana in Modena arrived in style – would the reigning No.1 restaurant retain its top spot by the end of the night? 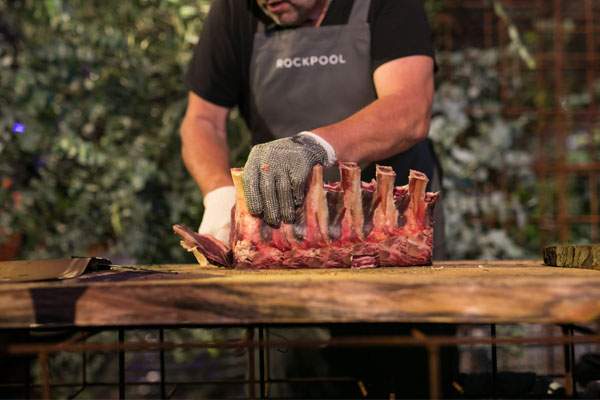 Chefs, restaurateurs and international media were greeted at the glamorous black tie reception with the very best food and wine from Australia and beyond – including delicious meats prepared and cooked by Neil Perry’s Rockpool Events & Catering. 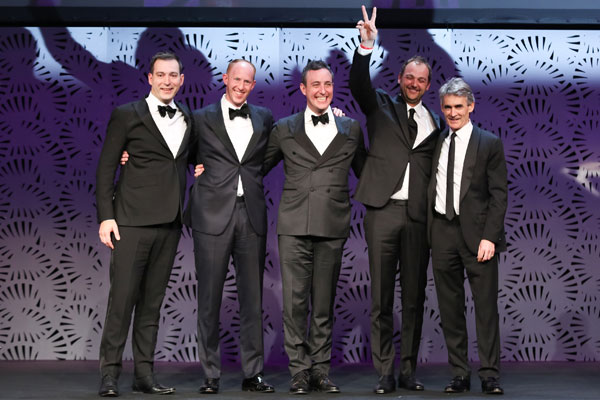 At an awards ceremony presented by the UK’s one-and-only Mark Durden-Smith, The World’s 50 Best Restaurants crowned a new No.1: Eleven Madison Park in New York. Owners Will Guidara and Daniel Humm were joined on stage by chef Dmitri Magi and General Manager Billy Peelle. Charles Reed, Group Managing Director of William Reed, presented them with their trophy. 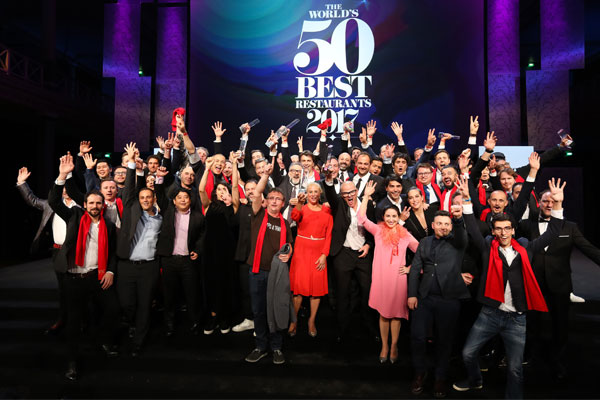 All 50 winners gathered on stage to celebrate being part of The World’s 50 Best Restaurants 2017. 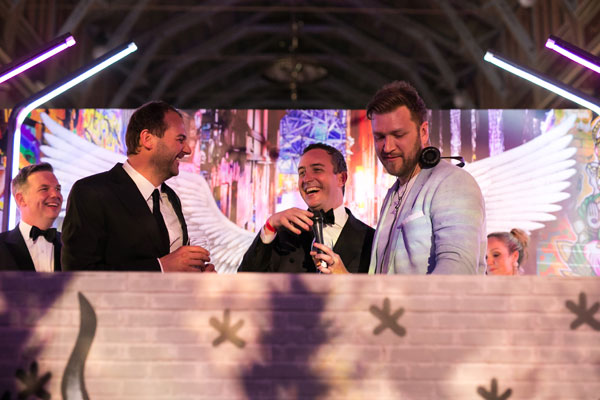 Daniel Willis, co-owner of The Clove Club, took the decks for the post-ceremony party at the Royal Exhibition Building. He was joined by Eleven Madison Park’s Guidara and Humm, as well as William Drew, Group Editor of The World’s 50 Best Restaurants. 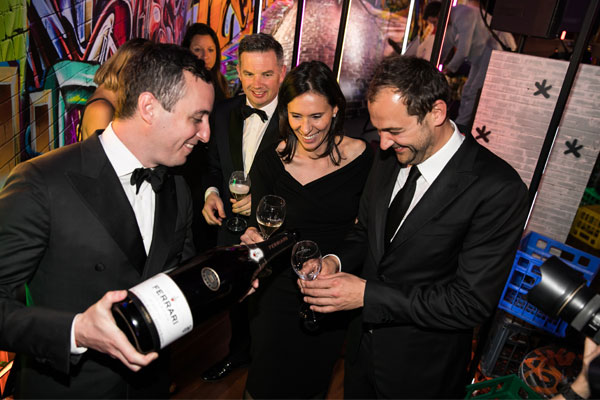 Guidara and Humm kicked off the celebrations with some Ferrari Trento sparkling wine and were joined by Ferrari Trento's Camilla Lunelli and 50 Best's William Drew. Now on to the after-party...