In the penultimate instalment of our "50 Hours in…" series, presented by Diners Club International, we explore some of the must-visit stops on a 50-hour tour of Miami.

For all its stereotypes, what’s little known about Miami is how deeply woven global culture is throughout the glitzy seaside metropolis. Sure, there’s Little Havana, but Cuban life isn’t just limited to those few blocks. There’s hardly a street corner where you won’t find the jitter-inducing espresso called colada. About 10 miles west of downtown is one of the world’s largest Venezuelan enclaves and that country’s bounty of white cornmeal arepas. A chorus of languages from almost every continent fills every gathering.

As the years wear on, Miami continues to receive cultural, culinary, and artistic facelifts, attracting some of the best (and weirdest) of the world. The key is to look far and wide without being distracted by all the flash. It won’t take long to discover all the good things bubbling just below the surface. 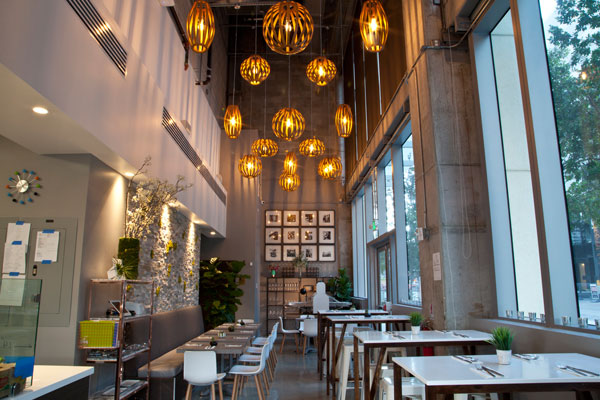 Here in the heart of Miami’s burgeoning financial district are tinges of cutting-edge Spain, the acidic twangs of Peru, and Cuban comfort. Miami native Henry Hané is the chef and owner and brings along the two years he spent working at Miramar, a Michelin two-star in Llançà near Spain's Mediterranean coast. That translates into a stubby glass jar layered with a fluffy pomme purée, hollandaise foam and a 75-degree egg. If you still have room, tack on a peanut butter and jelly brioche or a buttery knot of chocolate babka. Even if you can’t finish them, you’ll be happy later on. 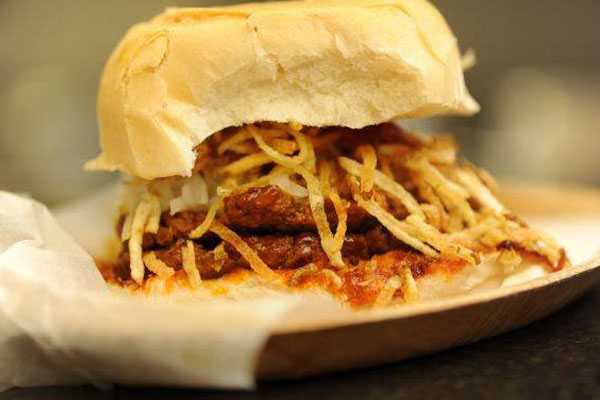 The frita cubana is to Cuba what the hamburger is to America. In Miami, 78-year-old Ortelio Cárdenas is the champ. But to understand what makes the man known as The Magician a king requires an understanding of frita anatomy. It hangs on the patty, a ruddy blend of beef and spicy chorizo that hits a decades-old griddle and is pressed thin to develop a thick char. Next comes a squirt of sweet tangy sauce. Soon, it’s off the grill and onto an airy grilled Cuban bun with a handful of diced onions, a squiggle of ketchup, and a shower of the impossibly thin, crisp potato strings called papitas fried up daily. Not enough? Get it with an egg.

Some years ago, a Miami boy named Giorgio Rapicavoli and some friends took about $13,000 to temporarily turn a sleepy daytime coffee shop into one of the city’s best places to eat. Thanks to dishes like snails warmed in sherry wine and vinegar that's spiked with toasted garlic and chili, Rapicavoli and company claimed they turned that 13 grand into a half million. It wasn’t long until they took the coffee shop for themselves and made their pop-up permanent. You can still find him there today, probably sporting some rare $300 Nikes and plotting what to put on tonight’s menu. 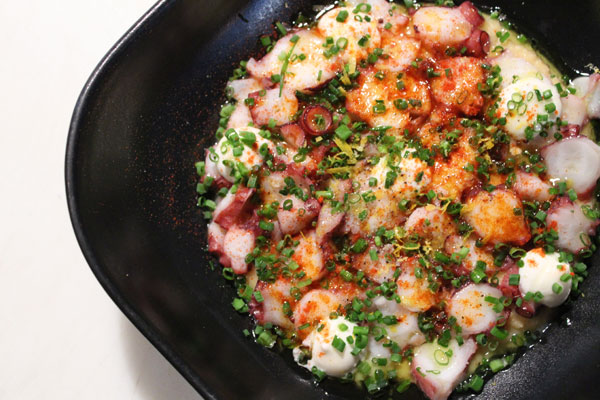 It’s not uncommon to be hit up by panhandlers while waiting for tables at this narrow downtown Spanish restaurant. Don’t be confused. Inside are sparks of Catalonian creativity the likes of which are rare in Miami. Barcelona-bred Deme Lomas, who in true European fashion seems to always sport skinny pants and a crisp part, plies plates like xatò that burst with traditional and unexpected flavours. It’s a combination of codfish and tuna belly tossed with white beans and romesco atop a biting tussle of frisée. His pan con tomate with a garlicky sting is a masterclass in simplicity while foie gras with apple textures, honey mustard bread and almond powder combines decadence and comfort in the same bite.

There was once a time when staying fashionably in Miami meant bedding down next to the sea and sand. Those days are gone. Today, it’s the ever-denser heart of downtown where a new high rise seems to join the skyline weekly. Amidst it all is the JW Marriott Marquis Miami, a place that was so hotly anticipated before it opened that a full-sized professional basketball court was installed so visiting NBA teams could practise in style when in town to face the Miami Heat. Beyond the white glove service and amenities, the place boasts a DB Bistro Moderne on the ground floor for when you can’t go a second longer without foie gras entombed in your cheeseburger. The edifice’s 38th, 39th, and 40th floors are actually a whole different set up: the Hotel Beaux Artes that folds a museum’s worth of contemporary art into an already plush setting. Everything Miami has to offer is within arm’s reach, though it’ll be hard to leave.

Try not to be awestruck upon entering this restaurant in the middle of the graffiti-covered Wynwood neighbourhood. On one wall towers an imposing red and white Shepard Fairey mural. If you’re out on the patio, what look like gritty charcoal drawings of Disney characters in unusual situations hover over a mess of teal, white, and aqua-coloured chairs. All of the eye candy makes it hard to order, but focus. The question here during the hours between breakfast and lunch is whether to go with a tower of crispy polenta, crab, and a chipotle hollandaise or to opt for South American street style with a wide, sweet corn arepa layered with hard and soft cheeses. 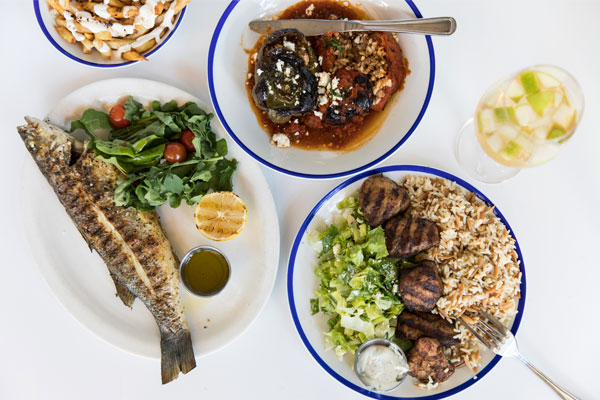 A Greek spread at Mandolin

Despite Miami’s seaside location, there are few places in town to take a meal better than the shady neighbourhood called Buena Vista. And here, the bulk of this quaint Greek bistro’s seating is out on a breezy patio. The fare lends itself well to Miami, even in the scorching summer. A supple curve of octopus with an aggressive crust is freshened up with plenty of lemon. The diamond-shaped manti dumplings with tender skins encase minced lamb and are lathered in garlic yoghurt and burnt butter. All of it is prepared under the eye of Roel Alcudia, a Jonathan Waxman acolyte who previously ran James Beard award winner Michael Schwartz’s sophisticated Cypress Room. 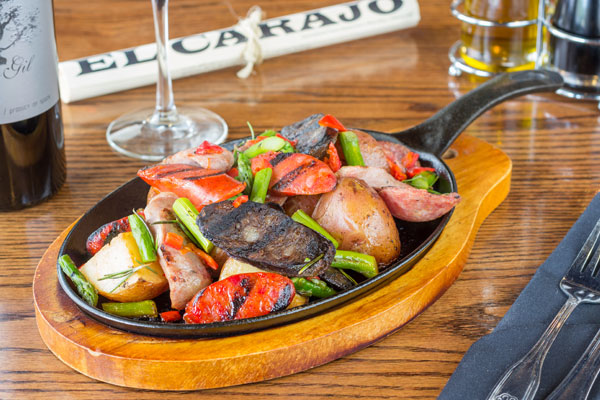 In the pantheon of Miami gas station eats, El Carajo reigns supreme. Founded nearly three decades ago by the Fonseca family, the place at one point seemed to offer little more than a fill up and a pack of smokes. Yet hidden beyond the Ho Hos and Ring Dings sat a Spanish wonderland serving portions of fried garbanzos and the baby eels called angulas floating in a pool of garlicky olive oil. Obviously, indulging in the towering wall of riojas, tempranillos, and grenaches is a must. The bonus is that should you overindulge, a bag of chips and a cheap cup of coffee are within arm’s reach on the way out. 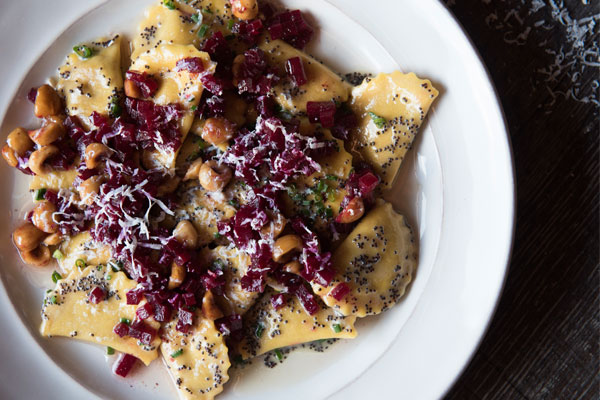 At 21, Michael Pirolo abandoned America and set off to Italy where he had been raised for a short time outside of Naples. For four years, he trawled the country, from Piedmont to Lombardy and Bologna, while grinding through 16-hour days in Michelin-starred kitchens. Upon returning to the U.S., and eventually Miami, he quietly established himself as something special in a city swollen with Italian cuisine. Perhaps it’s his freshly made pastas or subtly composed dishes like chanterelle mushrooms with roasted peaches. It might be the spongey, crusty pizzas he puts out in limited quantities on Sunday nights. Whatever the case, Pirolo’s place is one of the best local spots on Miami Beach.

All of the restaurants and hotels featured in the series accept payment with Diners Club, and can be found on this map of Miami. Stay tuned for the next destination in the series, 50 Hours in Singapore, coming next month.