50 Next Leadership Lessons: Joan, Josep and Jordi Roca on perseverance, failure and advice to their younger selves

As we launch the 50 Next initiative to discover the young people shaping the future of food and drink, we ask those at the top of their careers what it takes to achieve success

When they first opened El Celler de Can Roca in Girona in 1986, Joan and Josep’s only goals were to cook and serve to make people happy, just like their parents, Montserrat Fontané and Josep Roca senior, had done at the humble next-door bar-restaurant where the boys grew up. With Joan as head chef, Josep as sommelier and younger brother Jordi joining as a pastry chef in 1997, the trio went on to achieve The World’s Best Restaurant title in 2013 and 2015, before ascending to the Best of the Best group last year, all the while maintaining a reputation as some of the humblest people in the business. Here, with leadership lessons that are relevant far beyond the restaurant world, they spill their secrets on working with family, dealing with conflict and what they wish they’d known when they started out.

On giving it your all

Jordi: Starting a business is like becoming a parent. You are a parent 100% of the time in those first moments, until your child starts nursery. At the beginning of a business, you give it all your attention, then later you can start to delegate and take a little time for yourself.

On the secret to success

Joan: Success is doing what you love; what makes you happy. Awards and recognitions are important because they reinforce the idea of your commitment, your work, but success means feeling good, doing what you enjoy.

Josep: Success is a path, rather than an end goal. It’s the journey itself that really fulfils you. Success is also when someone feels better because of something you have done. 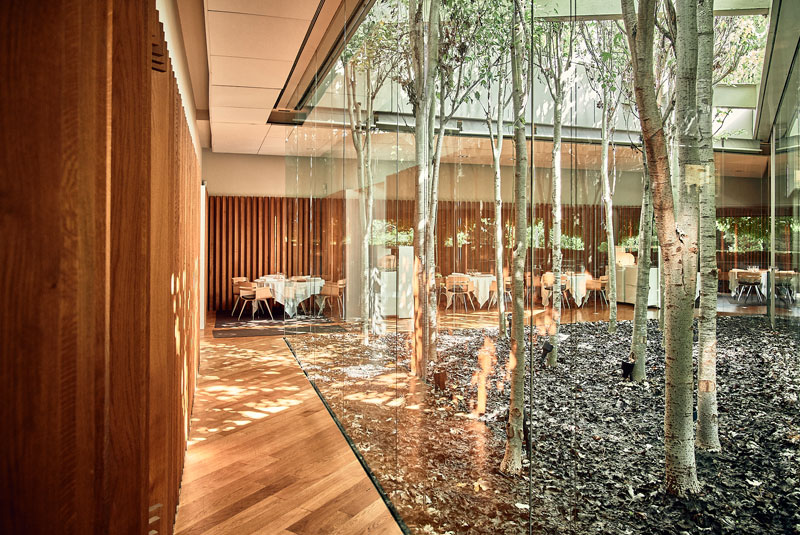 Joan: A leader goes in front. It’s about setting objectives, communicating them to others, considering people’s own dreams and projects. It’s true that the journey is key, but you have to put markers along the way and make sure everyone moves in the same direction.

Josep: It’s also about knowing how to listen, managing the different skills and talents of your team, prioritising attitude over aptitude and doing it all with responsibility, courage, bravery and entrepreneurship.

On persevering to succeed

Josep: Our father told us that you have to milk the cow every day – if one day you don’t milk it, you won’t get any milk. The idea is perseverance.

Joan: That’s right. In restaurants and bars, you have to be there for your clients, for your team, every single day. Showing up every day is synonymous with perseverance.

On working with family

Jordi: There’s no secret. We’ve been doing it all our lives.

Joan: The most important thing is trust. As Jordi says, we have spent our entire lives together and we don’t know what it is to work without our brothers.

Josep: Hospitality and generosity are important parts of our DNA. Generosity is vital, not just for working with family, but for any company. 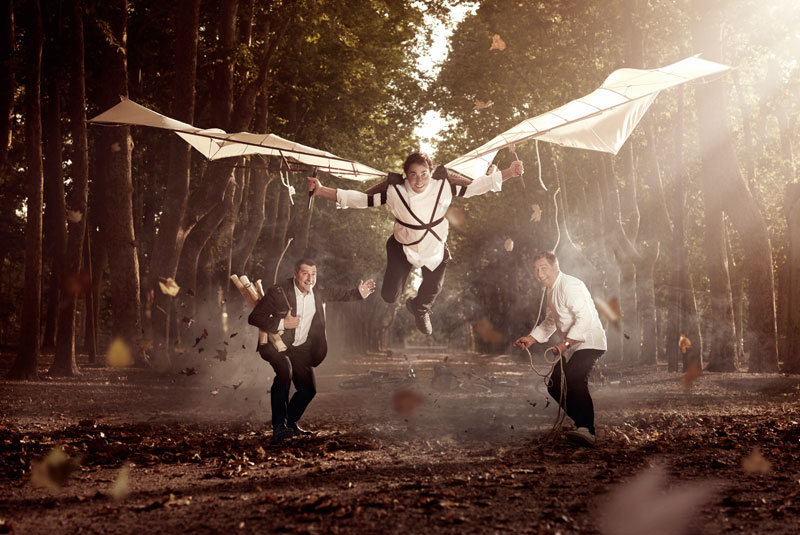 On the Covid-19 pandemic

Joan: We learned that we are vulnerable, not just in terms of health but our business too, because it depends on people. The restaurant sector is particularly vulnerable and [the pandemic] made us look for solutions. As a result, we’ve created a restaurant that is much closer to the locals.

On dealing with conflict

Josep: Human beings have two ears and a mouth, so we should listen twice as much as we speak. We have a friend who says that conflict is like a pig – you have to make the most of the whole thing. You must listen and understand the entire conflict to find a solution. You also have to allow people to feel heard.

Joan: Whether we are discussing a project or a dish, we talk until all three of us agree. If one of us isn’t happy with something, we won’t do it. Sometimes it means we take longer to make a decision, but when we do so, it’s because the three of us are totally on board.

Josep: Joan is the architect of flavour, the one with precision, elegance and the capacity to make anything taste delicious. Jordi brings the element of surprise, bravery, thinking outside the box. He brings out the child we all have inside of us. Joan is reason, Jordi is instinct.

Joan: Jordi is creative and non-conformist and that works well in our triangle of brothers. Josep represents the philosophical, poetic side, the vision that is needed in a restaurant that is committed to its role in society. He also has that capacity to transmit emotions to the diner and to pass that way of communicating to the dining room team.

Jordi: Joan has an extraordinary creative and human sensibility as well as great intelligence and capacity to analyse any situation. He says that to be a good cook, you must be a good person. He may be the best cook in the world but he’s also the world’s best big brother. Josep is erudite, a poet, he reads and sees everything from a prism of respect, empathy and positivity. He makes you think; he helps you grow. 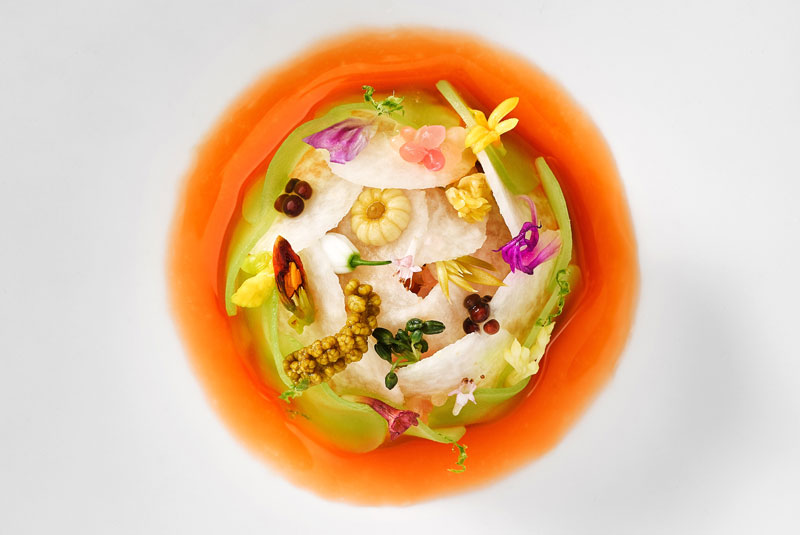 On diversity and complementary skills

Josep: In teams, it is important to have diversity, rather than just one opinion. Diversity enriches, opens the debate, amplifies reflection and increases opportunity.

On turning a passion into a career

Joan: Gastón Acurio told me about a mother whose son loved cooking. When she asked Gastón for advice on whether her son should pursue it as a career, he told her to think it five times over. He said the boy should go to a kitchen and figure out whether he was happy there. Did he wake in the morning wanting to return? Only when he had thought about it five times and still reached the same conclusion should he dedicate himself to the profession.

Aptitude is important too. You have to be realistic, to read your surroundings and study the viability of your project. You have to approach it a little bit cold and contain your passion in order to be an entrepreneur. But as soon as you decide to become a cook, what Gastón says is valid – if you feel passionate, if you love it, if you’re comfortable, then go ahead because it’s a beautiful trade.

Josep: Failure comes from daring. It allows you to start again. It’s the first step to getting up again and you’ll take positive learnings from it. 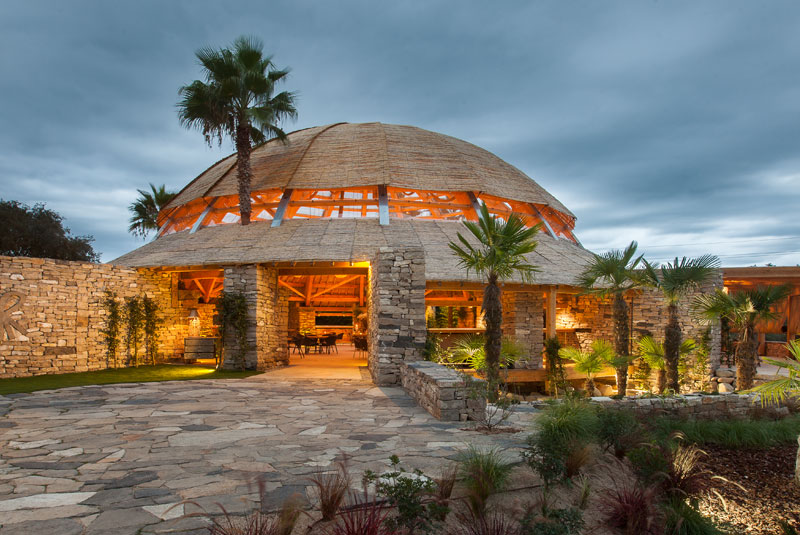 On advice to their younger selves

Josep: Try to understand that there’s more beyond the day-to-day. You can help those around you, think about your community, go above and beyond. Our generation had a more individualised view but today’s world is more collaborative. Look around you, at your producers, your neighbourhood, and understand that your actions will affect them too.

On optimism vs realism

Joan: I’m the realist of the three – I neutralise Jordi and Josep’s ideas a little. Sometimes we have to ground ourselves to find balance. We never stop dreaming. Even in the worst moments of the pandemic, we were thinking and moving forward. We have to be realistic but deep down we are optimistic and we believe there are many things ahead of us.

On reality vs expectation

Joan: When we decided to dedicate ourselves to this career in the 70s and 80s, we never imagined that we would one day be named The World’s Best Restaurant. We just wanted to do what we loved – cooking, serving people in the place where we were born and grew up, where our parents had, and still have, their bar. It has turned out very differently from what we imagined, but it has been much more beautiful.

Could you see yourself as a future leader, or do you know an entrepreneur with a game-changing idea? Applications and nominations for 50 Next are open until 12th November. Find out more via the 50 Next website.