Header image: Daniel Humm and Will Guidara at #50BestTalks in Melbourne

As they celebrate being named No.1 in The World’s 50 Best Restaurants at the same time as opening new fast-casual restaurant Made Nice, it’s reassuring to know that the owners of Eleven Madison Park, Will Guidara and Daniel Humm, once felt clueless about starting their own business.

Speaking in Melbourne at #50BestTalks, sponsored by S.Pellegrino & Acqua Panna, Humm and Guidara joined fellow restaurateurs Grant Achatz of Alinea, Gaggan Anand of Gaggan and Jordi Roca of El Celler de Can Roca to talk about their insecurities, inspirations and responsibilities. Here are four of the takeaways for future generations…

Will Guidara, co-owner, Eleven Madison Park: “Far too many people become so immobilised by fear that they never allow themselves to jump. In business, as much as in life, when you’re pursuing something that you love, sometimes the most important thing you can do is not think about the consequences and just go with your heart and jump in, feet first.

“When we were given the opportunity to buy Eleven Madison Park, we said ‘yes, of course, 100%’. It was about two weeks later that we said ‘we have no idea how to do this!’ That was the hardest part at first. You decide when you want to do something and then you go for it and figure it out. 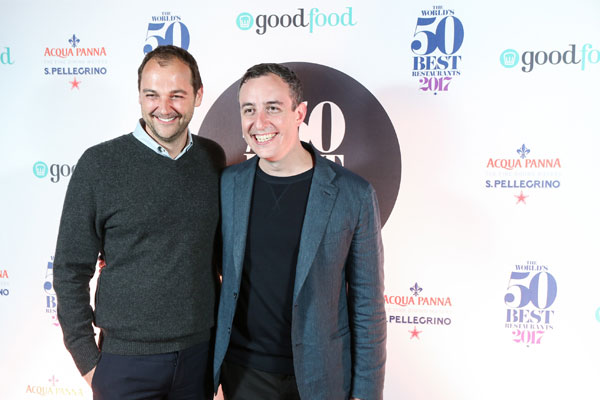 Daniel Humm and Will Guidara at #50BestTalks


2. Learn to trust those around you

Grant Achatz, chef-owner, Alinea: “Having a collaborative nature will take you much further than if you try to do it all yourself. I realised that when I was going through treatment for tongue cancer. I was diagnosed in 2006 and my sense of taste was stripped away completely for about a year.

“Typically in the kitchen, all of the cooks bring you the food to taste, to evaluate, and then you instruct them if it needs more salt or more acid. But when I couldn’t taste, I found myself going to them and asking them to evaluate because I couldn’t discern.

“When you are born, you can only taste sugar – a lot of people don’t realise this. As time goes on, certain flavours are added to your palate. I experienced that as a 33-year-old. You have to learn to trust the team. You understand very quickly that under no circumstances can you do it alone. We have 74 employees at Alinea and it takes every one of them to do what we do every day.” 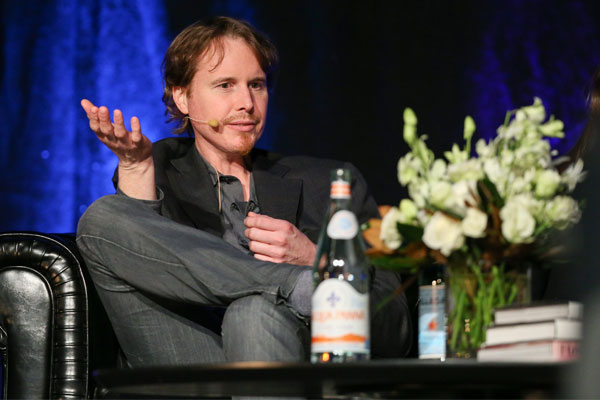 Gaggan Anand, Gaggan: “I’m probably the oldest guy in the restaurant, everyone is under 30. We chefs have the responsibility to bring talent, promote them, give them the confidence and nourish them.

“Today, you see this 20-year-old kid who says “Chef, I don’t think this is correct, this can be better.” And he’s right. We can’t be egoistic, ignore people and be an idea killer. We have to nurture the idea and create something out of it.” 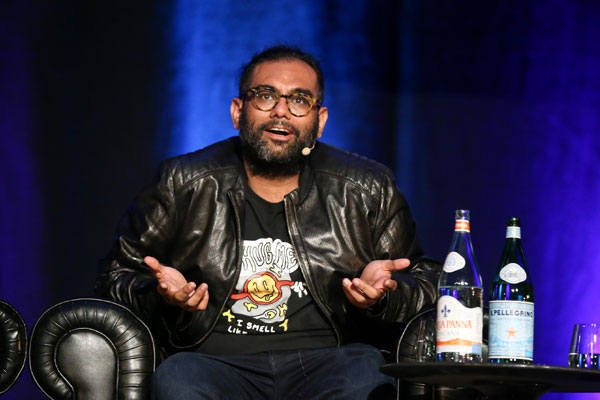 
4. Don't be afraid to tear a few pages out of the rule book

Daniel Humm, chef-owner, Eleven Madison Park: “You have to build a lot of rules to create a consistent experience at your restaurant. In the beginning, we had so many more rules – in the way we cooked, the way we plated. It is only over time, as you get more confident but also as your team gets better, that you can loosen some of these rules.

“It becomes a better experience because now you’re relying on the individuals as the smart cooks who are going to do the right thing, who can plate something without a ruler. Then it is actually more beautiful because it feels less forced.

“In the dining room, we want the servers and the captains to really bring out their own personalities. We don’t tell them word for word how to announce the dish. They’re smart people, they can do it in a more beautiful way and their personality comes through.”

Now watch the full-length film from #50BestTalks in Melbourne: