The Mexican restaurant with a globetrotting chef at the helm wins the award for the biggest rise up the rankings. Head chef Francisco Ruano takes time out to talk through its ascendance and how deep-rooted hospitality is at the core of its success

The team behind Alcalde – meaning ‘the mayor’ in Spanish – could not have written the script for a better-paced opening period. After an understated launch in 2014, it burst onto the scene in 2016, winning the One To Watch Award at Latin America’s 50 Best Restaurants, which is presented to a restaurant outside the ranking with the potential to break into the list. From the success of 2016, it continued its measured progress into the Latin American rankings, as chef-owner Francisco Ruano gradually found his own cooking identity by melding contemporary Mexican flavours with traditional ingredients and a modern European style of plating.

At the recent Latin America’s 50 Best Restaurants ceremony in Buenos Aires, the team’s hard work came to fruition. Alcalde scooped the much-coveted Highest Climber Award, leaping up the list from a perfectly respectable No.31 to No.14 – an impressive rise of 17 places. With this award, Ruano’s restaurant has officially arrived as one of the best in the continent.

“This fantastic award is totally unexpected,” says Ruano. “This year, we came to the ceremony with just the joy and enthusiasm to be a part of it without any expectation, so it came as a beautiful surprise. Every day, we work harder to be more precise over time and meet the expectations of the guests who are coming from further and further afield to visit.”

Ruano certainly knows his fair share about the weight of expectation of destination diners. Before returning to his home state of Jalisco, he worked in Europe at two Best of the Best hall of fame restaurants, El Celler de Can Roca in Girona, Spain, and Noma in Copenhagen, Denmark. Diners at these restaurants will often book their tables a year in advance (or as soon as the reservation diary is open) and base an entire trip on one restaurant reservation. Alcalde is now operating on this level of accolade. 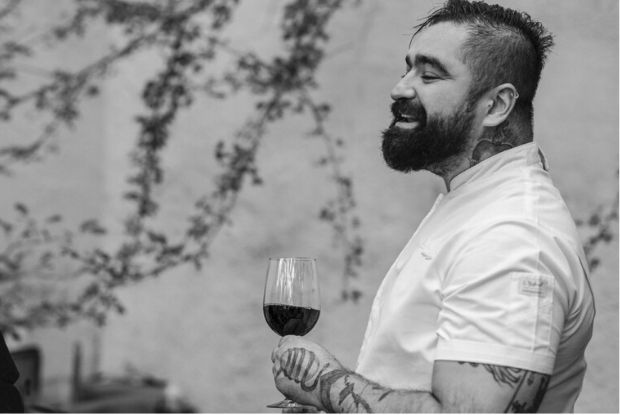 “Seven years ago when we opened, Guadalajara didn’t really have its place in our national gastronomy,” says Ruano. “Since then, we have worked hard to position it and it has been great to witness the increased interest and the level of gastronomic tourism in the city. What’s great is it is not only Alcalde prompting this rise here – the coffee, beer, wine and whole hospitality industry has moved forward. We are pleased to play our part and accelerate our progress towards excellence.”

Guadalajara’s restaurant scene, led by Alcalde, is certainly on the rise. The city’s outpost of popular, relaxed seafood joint La Docena sits at No.41 in Latin America’s 50 Best Restaurants 2019, while other local restaurants Lula Bistro and Mango Brasserie are also worth keeping an eye on. “For any new restaurant, particularly in our area, it is important to communicate with the clientele,” explains Ruano. “It’s important to remember that we are in the hospitality industry creating restaurants, not art projects. The human side is the one that costs the most, but it is the most rewarding when it is achieved.”