Alex Atala on turning 50, the future of food and opening D.O.M. Hotel

As he enters his second half century, Brazil's biggest chef is looking beyond the restaurant world.

This June, Alex Atala turns 50. As one of the most respected chefs in the world, he has made a global name of Brand Atala, with four restaurants in São Paulo, a catalogue of awards and now a hotel in the pipeline. But the Brazilian cook says his name is “much bigger” than him, and he enters a new decade reflective and ready to prioritise projects beyond his flagship restaurant, D.O.M.

“As I turn 50, I want to focus on the work that most motivates me, which is the Atá Institute, my work at Pinheiros Market and the Amazon,” he says. “I’ll be a cook forever, but now it’s time to make space for the young generation of chefs.”

With one million followers on Instagram and Facebook combined, Atala has a powerful voice not just in the world of gastronomy but also in Brazil, a country of more than 200 million inhabitants. But he stresses that a chef can only dedicate himself to a cause if he or she is doing the best possible job in the kitchen – be they Massimo Bottura, René Redzepi or Gastón Acurio.

“The first thing a chef must do is make delicious food,” he says. “If he has a good team to support him and if his food is as good as it can be, then he can branch out elsewhere. I believe I was the first chef to talk about anthropology within gastronomy. I always try to convey the importance of natural ingredients, where something comes from and where it was produced.” 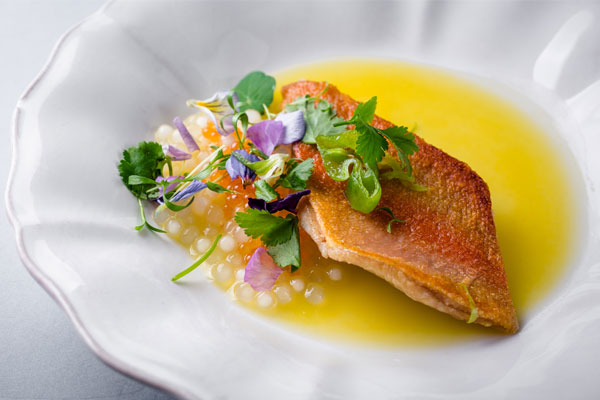 Atala has made his name through his work in the Amazon, where he explores new ingredients to use at his fine dining restaurant, D.O.M., in São Paulo. But in recent years he has extended that work, creating the Atá Institute to bring the food chain together, educating Brazilians to understand the relationships between eating, cooking and producing. In November, he held the first Fruto, a conference in São Paulo about production, small farmers and food origins.

“The future of food is asking people not to buy, eat or serve products that don’t meet their ethical beliefs,” Atala says. “If we don’t buy products that aren’t produced in a healthy way or a way that is correct for the planet, if we don’t consume those products and say ‘no’ when they are offered to us, then we will create a new demand and the market will adjust to it.”

The chef has put these words into practice at Açougue Central, the meat restaurant he opened in 2016. While he doesn’t necessarily believe the world needs to consume less meat, he stresses the importance of eating different cuts, while increasing vegetable intake. Brazilian customers are slowly coming around to new cuts of beef such as brisket, he says.

“The least beloved cut of meat in Brazil is chuck steak,” he says. “But we serve an incredible grilled version which surprises people because it’s so tasty and tender.” 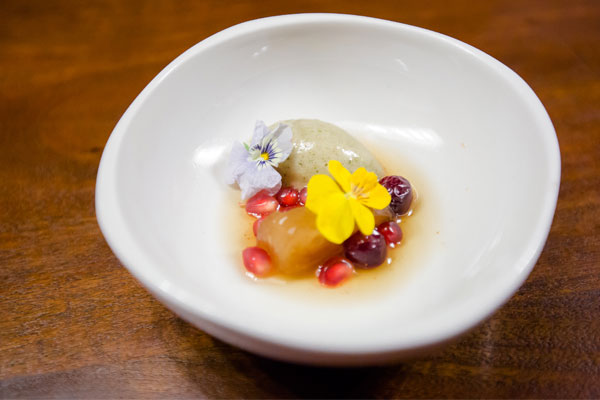 At D.O.M., which has been in the top five of Latin America’s 50 Best Restaurants every year since the list’s inception in 2013 and is currently No.16 in The World’s 50 Best Restaurants, the chef serves Amazonian ingredients that many Brazilians don’t recognise, such as priprioca, a root that was previously used in cosmetics, and tucupí, a liquid extracted from manioc or cassava.

“It doesn’t surprise me that the majority of Brazilians have never eaten the Brazilian ingredients that I serve,” Atala says. “It scares me – to think how many people in the world wouldn’t recognise an orange tree without fruit. There’s a disconnection between man and food. People need to understand and recognise an ingredient in its live environment to be more conscious, to be more respectful and to waste less.”

Despite his commitment, Atala hasn’t been to the Amazon for almost a year, mostly because he has been so busy with projects back home in São Paulo, including Fruto, his work to revitalise the Pinheiros fresh food market and what is perhaps his biggest commercial project yet: D.O.M. Hotel.

Opening in São Paulo’s upmarket Jardins neighbourhood in 2021, D.O.M. Hotel will have 145 rooms and 22 residential apartments as well as space for several restaurants, one of which may be a relocated D.O.M or Atala’s more casual Dalva e Dito. The Brazilian joins other 50 Best restaurateurs-turned-hoteliers including Daniel Humm and Will Guidara, who run the food and beverage operations at multiple NoMad hotels in the US, and the Roca brothers of El Celler de Can Roca, who will open a chocolate factory and boutique hotel in Girona next year.

Although Atala has no plans to leave D.O.M., he sees his 50th birthday as the perfect time to start paving the way for young Brazilian chefs to enter the 50 Best Restaurants lists. “I’m going to focus more on Atá and other projects, and fundamentally make room for young chefs to enter the list,” he says.

D.O.M. may cede its place as one of the world’s top-ranked restaurants at some point, but if anyone can serve as an example that Brazilian cooks can be as good as any on the planet, it is Alex Atala.