As part of the programme for Asia’s 50 Best Bars 2019, #50BestTalks will host its first women-only line-up at Como Dempsey in Singapore on Friday 10th May.

After the Asia’s 50 Best Bars 2019 list is announced at an awards ceremony on Thursday 9th May, four outstanding female bartenders from the region will gather for 50 Best’s thought-leadership forum #50BestTalks on 10th May. Under the theme ‘Female Spirit’, industry leaders Sasha Wijidessa, Victoria Chow, Bannie Kang and Pinsuda Pongprom will discuss key topics and current and future trends in the bar scene, cocktail culture and much more. Check out the line-up below and tune in to The World’s 50 Best Bars Facebook page on May 10th to follow the event live. 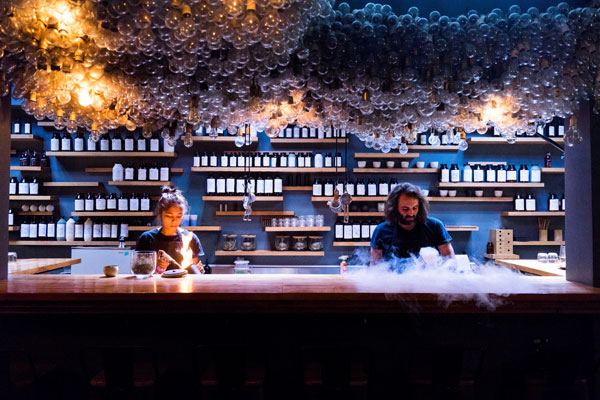 The bar manager of decorated Singapore venue Operation Dagger, Wijidessa discovered her passion for the cocktail craft while working at British gastropub Oxwell & Co. in the city-state. Holding a pharmaceutical science diploma, Wijidessa applies her scientific knowledge to cocktail making, quickly rising through the ranks to the position of bar manager and helping propel Operation Dagger to the No.19 spot on the Asia’s 50 Best Bars 2018 list.

“It is super encouraging to see that more and more females are wanting to be a part of the [bar] industry – an industry that, all in all, is progressive and becoming more inclusive,” said Wijidessa. “However, we shouldn't put labels on industries, because women can do the job just as well as men and vice versa. I am a firm believer that where work is concerned, it is not about your gender, your sexuality, your race or your religion, but rather how you work – regardless of who you are and what walk of life you are from.” 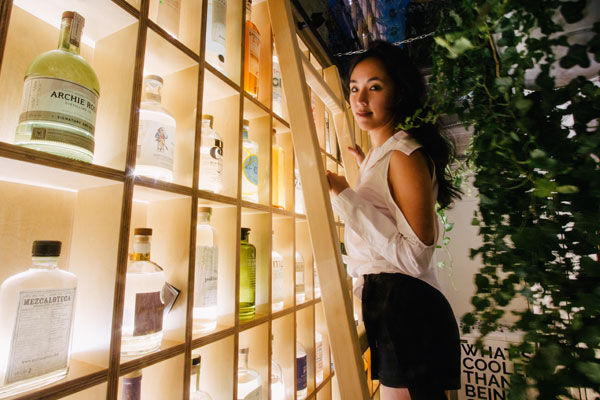 The mastermind behind The Woods in Hong Kong, a bar that focuses on seasonal ingredients and artisanal liquors, Chow believes that the drinking experience should be fully experiential. Considered one of Hong Kong’s most creative cocktail spaces, The Woods specialises in an eclectic mix of culinary-inspired cocktails such as the Caprese, featuring fresh tomato water, vodka, balsamic vinegar, cherry tomatoes, basil leaves and black pepper. Chow is also the creator of Kwoon, Asia’s first artisanal pre-batched cocktail series, including the Tom Yum Cooler and Pina Tang.

Reflecting on the position of females working in the bar industry, Chow said: “As with many other professions, let’s get to the point where this no longer has to be a conversation.” 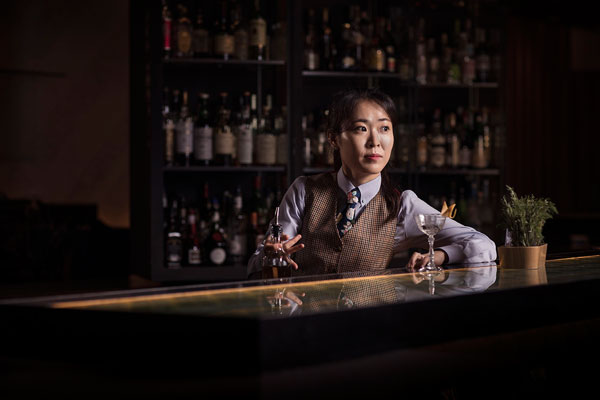 Hailing from Gyeongsangnam-do in South Korea, Kang discovered her passion for the cocktail craft while working as a waitress in Singapore. After completing bartender training courses in her home country, she joined the team of craftsmen at Anti:Dote in 2013 and soon started earning awards at cocktail competitions around the world, including the championship title at the 2016 Bacardi Legacy Global Competition. Passionate about creating cocktails with medicinal and social purposes, Kang often incorporates Korean ingredients into her creations, such as Sakura flowers, plums and yuzu.

“Bartending is about passion, creativity and positive attitude, regardless of gender,” Kang said. “Female bartenders are no less qualified and do not lack artistry in creating delicious, strong drinks. I’m proud of what I do; a little encouragement goes a long way!” 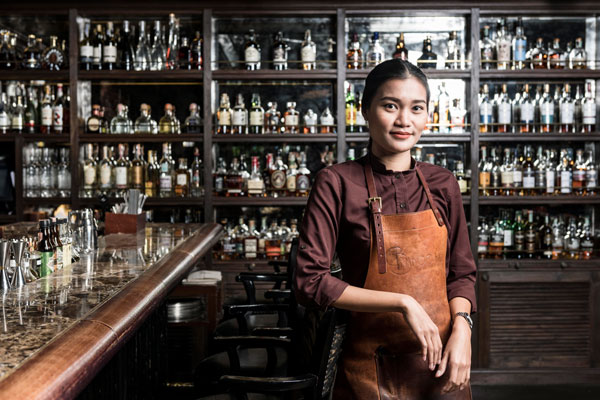 Pongprom is the head bartender at The Bamboo Bar at Mandarin Oriental, and has been instrumental in its rise from No.34 in 2016 to No.9 in the Asia’s 50 Best Bars 2018 list. The Bangkok-based mixologist already has several accomplishments under her belt, including a Rising Star award at the 2017 Bar Awards in the Thai capital and becoming a finalist at the Bacardi Legacy Asia competition. As head bartender, Pongprom has travelled extensively across Asia and the Middle East, taking part in guest shifts and competitions.

“In the last few years it has become more normal for women to become bartenders,” Pongprom said. “We bring creativity and a different approach to hospitality. It should be seen as normal, not based on gender. Both males and females can create an experience for the guest.”

To watch #50BestTalks: Female Spirit, tune in to The World’s 50 Best Bars Facebook page on Friday 10th May from 2pm Singapore time.

Now catch up on the highlights from the 2018 edition of #50BestTalks in Singapore, featuring Beckaly Franks, Philip Bischoff, Suwincha ‘Chacha’ Singsuwan and Vijay Mudaliar: