As Latin America’s 50 Best Restaurants prepares for its sixth edition, to be held in Bogotá on October 30, we explore some of the dishes that demonstrate why Colombia is one of the most biodiverse countries in the world.

Encompassing Amazon rainforest, Andean mountains and tropical grasslands, as well as both Atlantic and Pacific coastlines, Colombia is one of just 17 countries in the world identified by Conservation International as ‘megadiverse,’ harbouring the majority of the Earth’s species and with one of the most dense biodiversity per square kilometre on the planet.

Such natural diversity results in a variety of cuisines and gastronomic traditions, each influenced by the region’s flora and fauna. When Latin America’s 50 Best Restaurants explored Colombia last year, chef Alejandro Cuéllar (pictured above) of Canasto Picnic Bistro in Bogotá prepared a special lunch to help shine a light on this environmental and culinary diversity, with the help of the tourism body, ProColombia. Discover five dishes cooked by Cuéllar to learn more about Colombia’s varied culinary regions, products and traditions.

1. From the Caribbean: shrimp cocktail with homemade tomato sauce and patacón powder 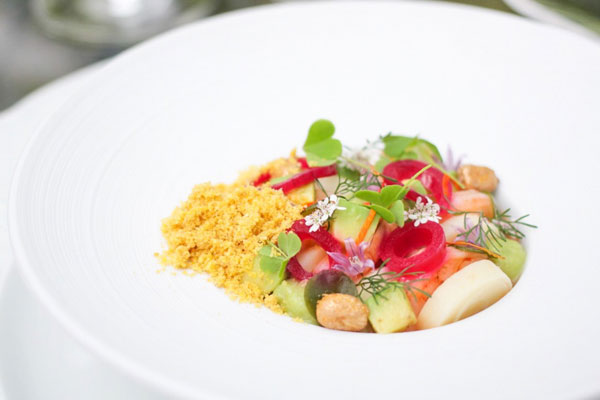 The shrimp cocktail is a recipe characteristic of the northern part of Colombia, the Caribbean coast region, home to the Atlantic port cities of Barranquilla and Cartagena. A warm climate and the Caribbean Sea are at the heart of its inhabitants’ cuisine. High-quality seafood is abundant here, as well as banana, coffee and tropical fruit plantations. This recipe marries the sea and the land with a shrimp cocktail topped with patacón powder, a traditional preparation of fried green plantain.

2. From the Colombian Amazon: pirarucú fish in its broth with chlorophyll and tapioca with tucupí 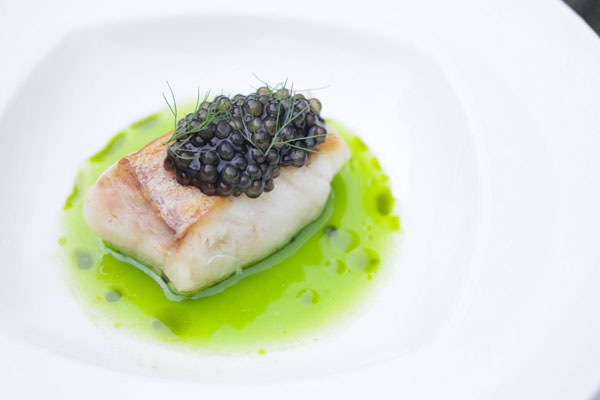 The Colombian Amazon is situated in the south of the country and is mostly covered by tropical rainforest and jungle. The piracurú, an ancient giant fish found in Amazonian rivers and lakes that can measure up to three metres, was cooked in a broth made with chlorophyll, giving the liquid a bright green colour. The fish was served with tucupí, an indigenous preparation made from cassava (manioc) boiled for several hours to eliminate the toxins, then fermented and reduced to a sauce. Also known as black chilli, tucupí is distinctively savoury and can be made with hot peppers to obtain a spicy sauce. 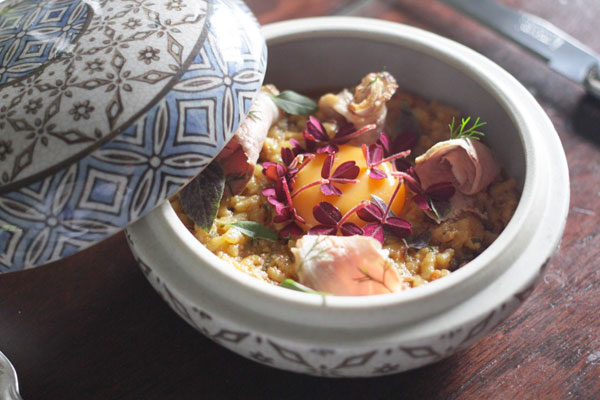 On the country’s western coast, the Colombian Pacific region has one of the highest rainfall levels in the world and is considered a biodiversity hotspot. Here, the high humidity favours the growth of hierbas de azotea, a variety of culinary herbs traditionally grown on rooftops or in elevated places to protect them from chickens, pigs and ants. Coconut rice is typical of this coastal region and served in this recipe with duck confit and a creamy duck egg yolk.

4. From the Colombian Andes: pork in wild sauco sauce, with a cassava and paipa cheese purée, tender beans and peas, grass oil, pickled cabbage in chai vinegar and a mulberry salad with bougainvillea, purple oxalis, fennel and rue 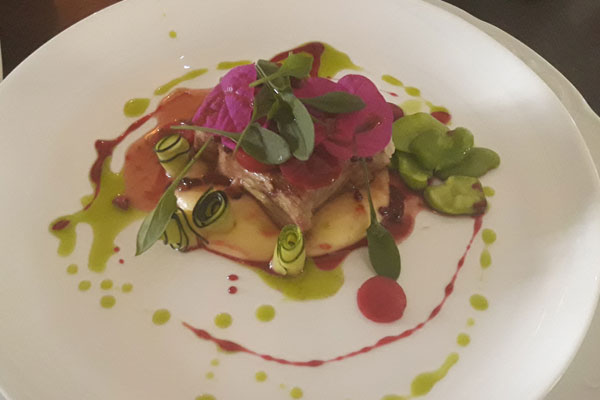 The most populous region of Colombia, the Andes are home to most of the country’s urban centres, including its capital Bogotá. The altitude can vary wildly and the Andean soil provides some of Colombia’s most fertile and productive land. Sauco, or elderberry, trees are common in this area and are used to produce jams, jellies and sauces. Paipa cheese, a rich and sharp mature cheese, is considered one the country’s best cheeses, earning a Protected Designation of Origin label for the town of Boyacá. The dish combines pork with elderberry sauce, paipa cheese and cassava purée, and a variety of local vegetables. 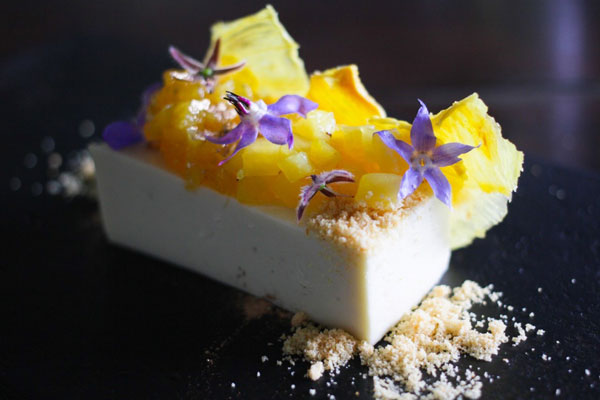 The Orinoco region, or the Oriental Plains of Colombia, sits in the eastern part of the country, one of the least populated areas but home of the aguardiente llanero, a traditional liqueur obtained from fermented sugar cane. One of Colombia’s sweetest and juiciest pineapple varieties, called mayanes, is also found in this region and features in this recipe in various ways: cooked in aguardiente llanero, dehydrated and raw. A panna cotta is made with topocho banana variety, cinnamon and milk to conclude the meal.

Now watch all the highlights from Latin America’s 50 Best Restaurants 2017 in Colombia: