There are two Slovenian women making global headlines this week. One is Melania Trump, wife of the President of the United States; the other is Ana Roš.

While it might be hard to match the First Lady in terms of column inches, the newly crowned World’s Best Female Chef will come a pretty close second in terms of making her mark over the next few years.

In their dating days, whenever Ana Roš’s husband, Valter, was in the doghouse, he would apologise by taking his wife to La Subida. Located on the Italian side of the border, it’s the only Slovenian restaurant in the world to have earned a Michelin star – because the Michelin guide doesn’t cover Slovenia. It is also the restaurant that most influenced Roš's career.

“When he wanted to apologise – and he needed to do it often because he was always late – he brought me to that restaurant and it would make my heart race,” says Roš. “I would spend two hours in the bathroom getting ready for this big event. I still do; sometimes when we want to have that family feeling, we go to La Subida. Today, the food there is a little bit too simple for a Michelin-starred restaurant but it hasn’t changed – I’ve changed.”

A Slovenian family-run restaurant less than an hour’s drive from her house, La Subida impressed the 23-year-old Roš with its creative approaches to ingredients such as rhubarb, which they put together with liver and soft-cooked polenta. Looking back, she says the dishes were simple but nevertheless made a lasting impression. 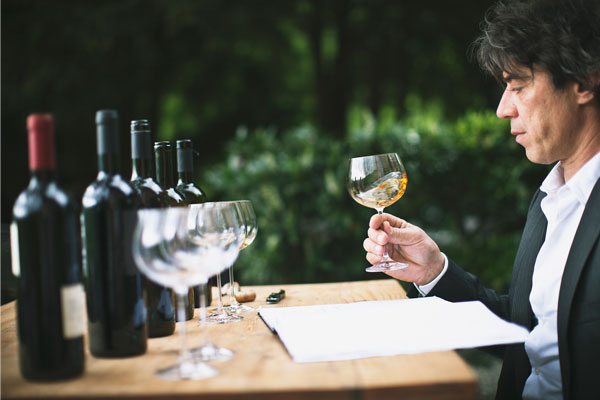 
Ana Roš wasn’t destined to become a chef. She did so by accident, taking over her husband’s family’s restaurant, Hiša Franko, when her father-in-law retired. She met Valter when he was working as a waiter in his parents’ restaurant and the two began dating. When it came for them to inherit Hiša Franko, Ana had been offered a job in Brussels as a diplomat. She turned it down to stay with Valter in the Soça Valley – and her own father stopped talking to her.

“When we have a particularly difficult day and things aren’t running smoothly, I often think it would be easier to be in Africa,” says Roš, who now lives above the homely, family-style restaurant with Valter and their two children. “As a child, I had visions of being the ambassador in Tanzania, sipping my cocktails by the swimming pool. So when it’s really hard, I sometimes think that would be the easier option.”

She may not be representing her country as a diplomat but Roš has become something of an ambassador for Slovenian cuisine, particularly since her appearance on Netflix’s Chef’s Table series last year. While guests at the restaurant before the show’s airing were mostly European, now they come from everywhere, sometimes flying for 20 hours from Australia or New Zealand just “to see the magic. And you don’t know if you have that magic – it’s a big responsibility. But we never thought this kind of very quick change could happen in a country like Slovenia.”

Until Slovenia gained independence in 1991, there was little in the way of creative cooking, according to Roš. “We woke up after a long system of socialism and communism where everything was equal. There was no place for being creative in the kitchen because no one had any interest in eating anything different.” 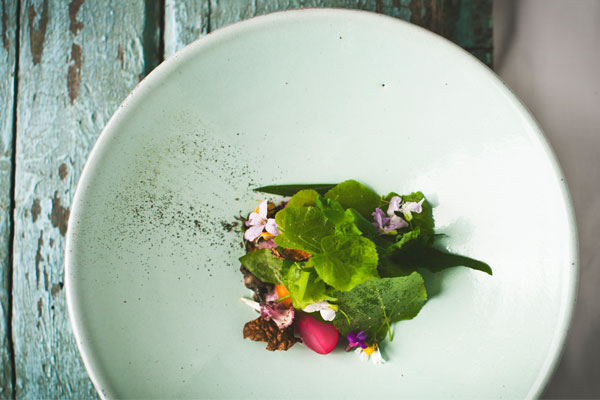 
Her beginnings at Hiša Franko were a case of trial and error – she and Valter, the sommelier, lost most of the restaurant’s existing guests and struggled financially. Roš had never trained as a chef and lacked the basic skills learned in culinary school, so she taught herself by travelling and eating at other restaurants, including La Subida. Almost 20 years later, she has earned a highly respected reputation for the restaurant by reviving locally grown produce and incorporating it into dishes such as hops ravioli with goat kid brain. Foodies are travelling from far and wide to experience her five- and nine-course tasting menus.

“People still see Slovenia as a little province of the Austro-Hungarian Empire and sometimes we had people come to the restaurant thinking, ‘Who said Slovenia could have good food?’”, she says. “After Netflix, this changed completely because people knew the food was going to be good. They were curious, and that gave me the freedom to create. The more creative I was, the happier the guests were.” 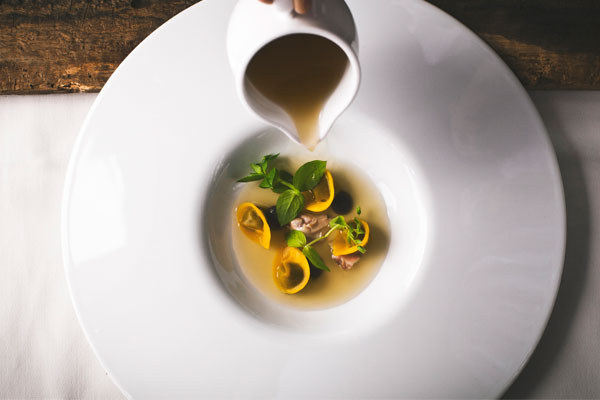 
The influx of gastronomically inquisitive travellers also brought tourism to neighbouring restaurants and others came simply to experience the beautiful countryside scenery seen on screen. Roš is keen to use the opportunity to show off the best her country has to offer, but she’s also cautious about using her newfound fame wisely. Dominique Crenn, The World’s Best Female Chef 2016 and Roš’s friend, has already offered some advice.

“She said you have to be intelligent with [this award]. You can use it long term or you can have a moment of fame and then let it fade away,” says Roš. “We always built our story on long term – Hiša Franko is our home; we have no investors, no partners. Whatever we do, we need to survive with it. So I think it’s a great occasion for the whole region, gastronomically.”

Roš will certainly remain down to earth. Her father has long since forgiven her for not following the path of a diplomat; her mother is still not convinced. “My father is super proud. My mother still thinks that having another diplomat in the family would be great. For her, it’s just cooking.”

Ana Roš will receive her World’s Best Female Chef Award at the fifteenth annual World’s 50 Best Restaurants ceremony in Melbourne, Australia, on Wednesday 5th April. Follow us on Facebook, Instagram and Twitter for all the latest news, photos and videos.