Meet the Futurist - Andoni Luis Aduriz on 20 years of Mugaritz, its legacy and what’s next for the restaurant

As he launches a new menu and recovers from his restaurant’s 20th birthday celebrations, chef Andoni Luis Aduriz reflects on two decades of Mugaritz and what the future holds for the icon of Basque cuisine

With the Spanish sunshine ablaze, an open-sided truck bursts through a crowd of party-goers, causing them to erupt into cheers as they watch their hero singing and dancing inside the vehicle. He salutes them and takes a stage dive. Andoni Luis Aduriz – chef-owner of Mugaritz – is every inch the rock star chef and today, his audience comprises every iconic cook imaginable, from Massimo Bottura to Dominique Crenn.

This rock ‘n’ roll parade marked the cherry on the cake at the birthday party to end all birthday parties – the 20th anniversary of Mugaritz, recently held in the restaurant’s grounds on a hilltop in Errenteria in the Spanish Basque Country. With around 1,000 VIP guests from all over the world, Aduriz’s party was a kind of “freak circus,” bringing together dancers, performers, a flamenco concert and, of course, some world-beating food and drink. 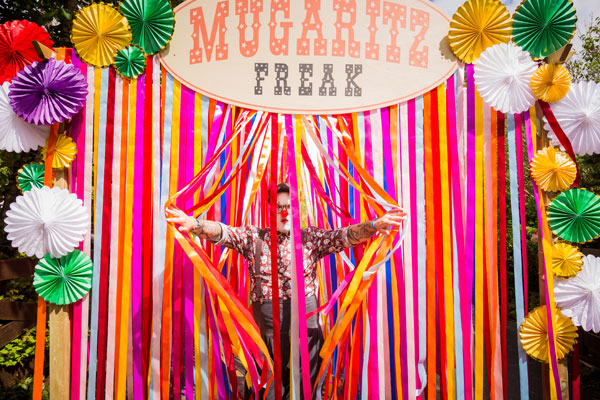 There was reason to celebrate. Reaching two decades is quite the feat for a fine dining restaurant and especially for Mugaritz, which conceives a dining experience unlike any other, serving dishes directly intended to challenge its guests and provoke a reaction that’s not always positive. While many restaurants don’t even make it to two years, Mugaritz has managed a record 12 of its 20 years (more than any other restaurant) in the top 10 of The World’s 50 Best Restaurants. During its time, it has conceptualised more than 1,500 disruptive dishes and remains one of the most relevant and thought-provoking dining destinations in the world.

“Mugaritz is a research lab, a space where gastronomy is a way to show our reflections and trials to all of those who visit us,” says Aduriz. These reflections are translated into words with Mugaritz: Puntos de Fuga (Vanishing Points), a new book that has just hit the shelves, in which he delves into how Mugaritz uses creativity as the most suitable ingredient to inspire, surprise and provoke diners.

Aduriz spoke to 50 Best at Dialogos de Cocina, a two-day symposium he created and has organised together with Euro-Toques and the Basque Culinary Center since 2007. As he debuts the new season’s menu, he talks about the legacy of Mugaritz, plans for the future and his vision for the restaurant over the next two decades. 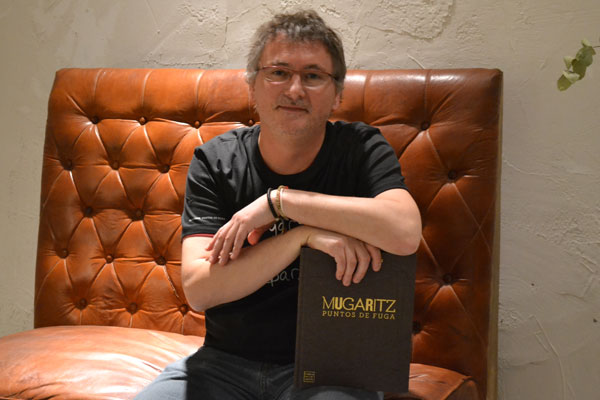 Aduriz with his new book


What are the biggest changes you have seen at Mugaritz and in your vision of gastronomy in the last 20 years?

Andoni Luis Aduriz: We were very naive in the beginning. We thought we could do things that really brought something new – although we did not know for sure what it would be. Today I look back and think: ‘how bold and ingenuous these guys were’, but also ‘what passion, what strength they had’. I think we have managed to create an environment around us for all of this that allowed Mugaritz to be Mugaritz.

Dialogos de Cocina, for example, is one of the causes and consequences that have helped us to get through these 20 years. It is a beautiful event that brings together poets, psychologists, musicians and many other people to discuss food. But imagine how revolutionary this was 12 years ago... We have always kept that blood of innovation and disruption running through our veins. We are the product of all that we have created.

From the beginning, I never knew exactly where we were going, but I knew where we did not want to be. I think it worked out somehow. If you asked me a year or two ago what our menu would be in 2019, I would say, based on our experiences, that we would probably continue to work on the enzymes, continue to question our way of building experience for our guests, but I could not say anything else with 100% certainty. I just know that we will keep following our way of thinking and questioning gastronomy.

What is the ‘Mugaritz way’?

I always see glossaries in cookbooks explaining terms for readers, such as sealing, stirring, and I thought, when we were working on our new book [Mugaritz Vanishing Points], why don’t we also create our own glossary? We decided to include in the book some words and our own meaning for them. To understand Mugaritz, one must understand our meanings for specific things. For us, ‘discomfort’ is the ‘elixir of eternal youth’, ‘fire’ is ‘a flame that triggers an opportunity,’ for example. [Aduriz is referring to a fire that burned down the restaurant in 2010]. Our biggest goal and challenge is to get people to open their minds and for Mugaritz to inspire new projects. This is part of the key to who we are.

Mugaritz alumni have opened restaurants around the world, sometimes even naming them in Basque, such as Lasai in Rio de Janeiro, Euskaduna Studio in Oporto, Lorea in Mexico City...

Many cooks come out deeply marked by the way they cooked in the restaurants they worked in. I would like to think that Mugaritz people do not come out with techniques or recipes, but with attitude, a way of facing life. Each of our alumni cooks his own way, seeking investigations, doing a serious job the way they believe it has to be done. That's the concept of legacy and I am pleased that Mugaritz has arrived at this beautiful legacy in its 20 years. 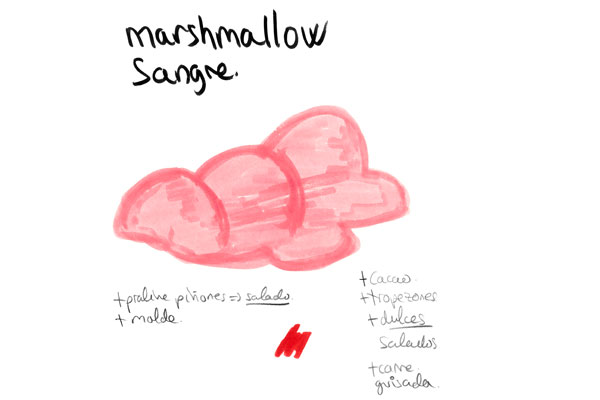 A sketch from the cookbook (copyright Mugaritz)

The restaurant industry has changed a lot in recent years and will change much more. Firstly because there is a very big gap between haute cuisine, which has always been very subject to pre-established rules, and what people are looking for today, which is more accessible formats in all aspects.

We are recovering a more hedonistic relationship with food, and places like Mugaritz and others like us will have to work hard to gain and maintain this space, to make our added value more visible. If you can’t demonstrate that there is a sense of effort and value in the fact that there are 70 people working non-stop to serve 30, and that you are paying for something really intangible, people will not visit you. I imagine there will be few places like Mugaritz in the world in the coming decades.

How are you working to keep Mugaritz relevant?

Our goal is to create a space where people can question things. Who told you, with all the experience you already have and with everything you've ever eaten in the world, that you have tasted the best dish of your life? That you have had the best experience you could ever have? We need to realise that people are tired. It's up to us to say: okay, the deck is already divided and the cards have already been given, and ok, you have already had the best dish of your life. But now I distribute the cards again and ask: what if you haven’t? If you have any shadow of doubt then it is already worth all our efforts. If we have people willing to doubt, there will still be hope. I find it very sad to think that everything has already been created. I don’t think so. I want to believe that there are still many things to be created in the next few years, and I will continue to do so while I still believe it.

What about the new menu?

We keep working on the experience, on our guests' perceptions, on fermentation and enzymes. But for this year I asked the team to pay special attention to making Mugaritz nicer, not forcing things to take the customer to the edge of a cliff. The creativity this year is focused on things that we know will work, seeking the most general taste of the public. We know that if we include snails on the menu, 80% of our diners will not like it. So we didn’t include snails.

One of the best recipes that explains this concept is a romanesque that we immerse in water with quicklime – a technique that we have used in Mugaritz. We also worked on this dish with enzymes, which do not act when there is quicklime. The result is a bonbon: the romanesque’s surface remains firm, crunchy, but inside is a soft, pleasing texture transformed by the enzymes. We used creativity this year to make friendlier recipes.