“In 10 years, I can create something better than Restaurant André” – André Chiang

As Restaurant André does its final service on Wednesday 14th February before closing its doors forever, we speak to a reflective André Chiang about what comes next.

Wednesday 11th October 2017 was a day that shocked the culinary world. André Chiang, seemingly out of nowhere, announced he was to close his eponymous restaurant in Singapore in just four months’ time. The restaurant had reached No.2 in Asia’s 50 Best Restaurants and No.14 in The World’s 50 Best Restaurants and had two Michelin stars. In Chiang’s words: “I’m a perfectionist and for the past 30 years of my career, I’ve been looking for that unrealistic moment of perfection … until now, I realised – it is perfect as it is.”

Fast forward to the restaurant’s closing week and Chiang is emotional, reflective and optimistic about the future. After eight years serving customers from all over the world, Restaurant André’s final service will be solely for friends and family.

Family is clearly important to Chiang, but his definition of the word stretches to his kitchen family – the chefs who he has nurtured from day one of their careers. While many restaurateurs want to hire experienced cooks, Chiang has made a point of hiring only those he refers to as “pure blood” – chefs who haven’t worked in another kitchen and can learn his way of doing things from the get go. 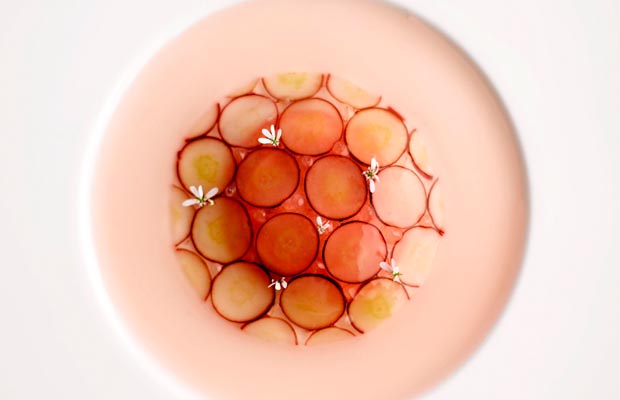 He now plans to return to his home country of Taiwan to spend time with his own family and to focus on mentoring young chefs, as well as getting to know his country of origin and putting more time into his Taipei restaurant, Raw.

“In the past 30 years, I never physically lived in Taiwan, so for me there’s always a part of me missing and I don’t know that much about Taiwan,” he says. “Going back is something I’ve been wanting to do and I’ve been waiting for the right timing. Raw is one of the reasons I’m going back but on the other hand we don’t really have a good training programme or process, whether it’s an education or a system, that is created for Asian chefs. I hope by going back to Taiwan I can contribute a bit more to that direction.”

Though he hasn’t yet provided much detail on his plans, 41-year-old Chiang is clear that he wants to set up a platform for the younger generation of cooks to help foster creativity and talent. For the staff leaving Restaurant André in Singapore, he says they are welcome to join him in future projects – he has several in the pipeline in that city and in Taiwan – or to follow their own paths and “see the outside world”.

Chiang has seen plenty of the outside world over the course of his career – in 30 years of professional cooking, he worked for two decades in France, learning the trade with the likes of Michel Troisgros and Pierre Gagnaire, and has now spent more than a decade in Singapore. He opened Restaurant André in 2010 and only in recent years developed his “Octaphilosophy” concept defining the eight elements of his signature cuisine, namely Salt, Texture, Unique, Memory, Purity, Terroir, South and Artisan. 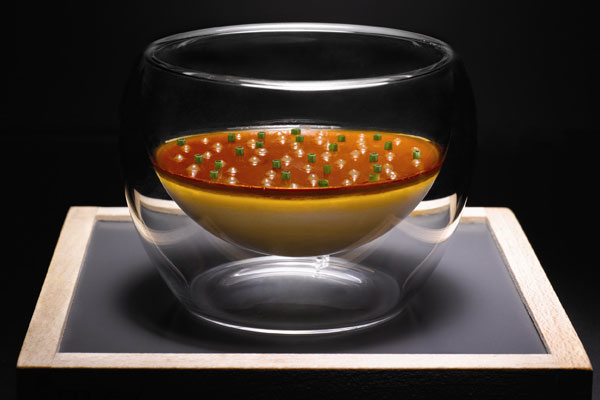 
For many, it seemed that Chiang’s career was going from strength to strength and the restaurant was as popular as ever. Wouldn’t he like to stick around to see Restaurant André hit the No.1 spot in Asia’s 50 Best Restaurants, or even in the World list?

“If you look at Restaurant André’s track record, it has only been going up,” says Chiang. “I’m sure if you give us one year, two years, five years, we can reach the spot that people are expecting. But being the No.1 is pure ego. To be able to push as hard as we can and be satisfied, and be appreciative of whatever comes, that’s the mentality we should have. So I don’t feel this is something missing for André or Restaurant André. We had a good time and it’s not about perfect. Perfection doesn’t exist. It’s whether we feel that the moment is completed. I have a bigger mission now.”

The bigger mission he refers to is nurturing young chefs, but Chiang hasn’t lost the ambition to create great restaurants of his own. In his view, a restaurant has a shelf life of 10 years, at which point it should close in order to make space for the next thing.

All that doesn’t mean that Chiang won’t be sad to say goodbye to his kitchen, his staff and the 100-year-old building on the edge of Singapore’s Chinatown that has been his creative home for the last eight years. Among the things he will miss, he cites his loyal customers, his staff and his 16 fermented juices created in-house as a unique part of the restaurant’s identity.

“It’s been emotional,” he says of the last few weeks and months of the restaurant’s life. “Every day you’re counting one day down – from 30 days to 20 days to 15 days. We saw so many lovely guests coming back and we have one guest who has been over 35 times. We still push as hard as we can and try to make our last dance as perfect as possible.”

Take a private tour of Restaurant André with Chef Chiang:

Now find out what the chef will miss about Restaurant André:

And hear Chef Chiang's thoughts on his most memorable dish: