Keith Motsi, head bartender at Charles H in Four Seasons Seoul, has just been named Altos Bartenders’ Bartender as part of Asia’s 50 Best Bars 2022. Clinton Cawood meets Motsi to explore his journey to South Korea via the UK, Bermuda and China to become the winner of the only peer-voted accolade in the 50 Best awards programme

Being named Altos Bartenders’ Bartender recognises the achievements of an individual, but for Keith Motsi of Charles H in Seoul, it’s about the bigger picture. “I’m an ambassador for hospitality every day, so I make sure I’m the best representative,” he says. “I always say, if one place gets recognition in Korea, we’re all going to get recognition. We want to be the bar that Koreans are proud of.”

The fact that he’s been chosen for this award by his peers is therefore of particular significance to Motsi. “It’s extra responsibility on my shoulders,” he acknowledges. “It’s a great industry here in Asia, so it’s great to get the recognition, especially from your peers.” Zimbabwe-born Motsi describes the hospitality industry in Korea as next level. “They have so much to shout about, but Koreans are super humble.”

That humility is clearly something he shares, given his response to hearing about his award win. “It was a shock. The first thing I said was that they might need to do a recount, and were they sure it was me. I wasn’t expecting it at all,” he says. “But my biggest thank you goes to my team, who make me look better than I actually am.”

Motsi pairs this humility with a work ethic that goes a long way to explaining why no recount was required, and that he’s the worthiest recipient of this year’s Altos Bartenders’ Bartender. “I’ve been doing this since I started. If you’re going to be a glass collector or barback, be the best glass collector or barback you can be. When I do something, even if it’s not the most glamorous of jobs, I do it with pride – there’s no point in doing half a job.” 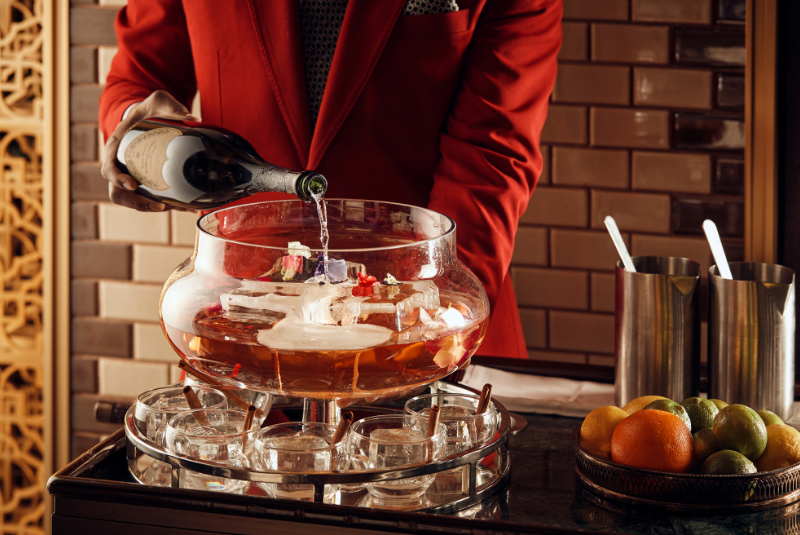 The early days
He’s remembering the role that gave him his first taste of hospitality, in the UK at Jake's Bar in Leeds. At age 17 he was too young to work behind the bar, instead working as a barback on weekends. It was here, watching the bartenders at Jake’s, that his approach to hospitality began to develop. “What drives me is making those magic moments, and helping to create memories for other people,” he says. “It’s a selflessness that I’ve always felt, and why I enjoy hospitality so much.”

That legendary basement bar left an impression on him. “I remember the first time I walked into Jake’s. The Jägermeister was flowing, and people were happy, dancing… You step downstairs and it’s a whole different world.” A few years later Motsi moved to London to study architecture, but his plans soon changed as the big city – and its restaurants, bars and hotels in particular – helped him to realise that he could pursue his love for hospitality.

“In the UK we’re convinced that it’s not a career,” he states. “No one ever mentions that you can go to hotel school. Nowadays I work with people that have studied hospitality at posh schools in Switzerland.” He returned to Leeds and began working for bar group Arc Inspirations, where his real training began. “I was always learning something new at Jake’s, where you get the creativity and high pace, but Arc Inspirations is where I started getting the structure. They’ve launched a lot of careers.”

After some time at Skippy’s Cocktail Bar in Leeds, Motsi’s training ramped up again when he joined Living Ventures venue Blackhouse. “Their training is intense,” he says. “You needed to work fast, but with military precision.” Soon it was time to return to London, to gain more experience and expand his horizons. “I was going to move abroad, but then I was offered a role at Soho House,” he says. “That’s when you’re really dealing with different people from different walks of life. One minute you’re serving a busker, and the next it’s Tom Cruise.”

His time at Soho House opened Motsi’s eyes to the world of luxury, but he found the top-end hotel scene in London difficult to gain a foothold in, and so he ventured further afield, heading to Bermuda to work at the America’s Cup. It was here that he received a call from Proof & Co’s Chris Lowder that would change the course of his career. 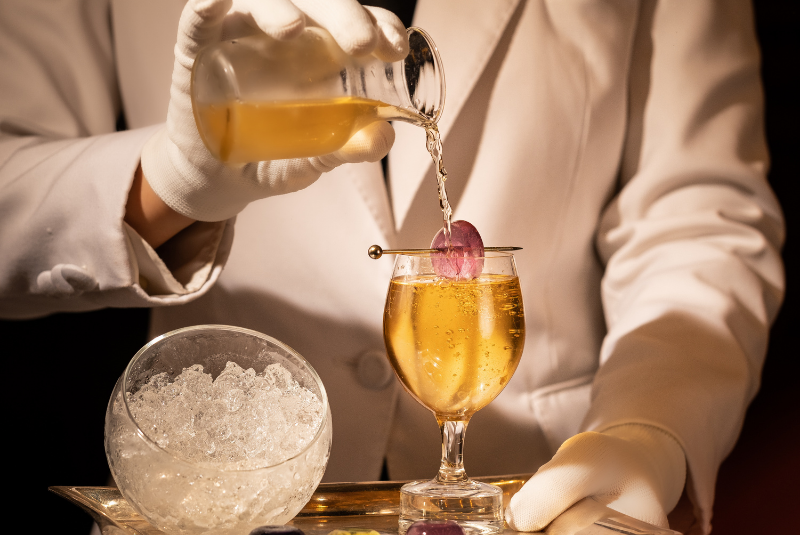 Next stop: China
“Chris told me that he had a role for me in Beijing. I’d never been to China, but I said, ‘Why not? Let’s do it.’,” he remembers. “When I told my parents I was moving to China they thought I was joking, but it was real. I packed my bags and arrived in Beijing in 2017.” His introduction to Asia was what Motsi describes as the “incredibly intense opening” of the Four Seasons Hotel Beijing, and the experience of receiving more support than ever before in his career.

“People welcomed me so well here,” he says. “If you put your head down and put in the work here, people appreciate it.” He gives particular credit to the support he received from the Four Seasons. “They give you all the tools to succeed. They give you this bar to work in, and say, ‘What jacket do you want – we have a tailor who will come here and make it for you.’” 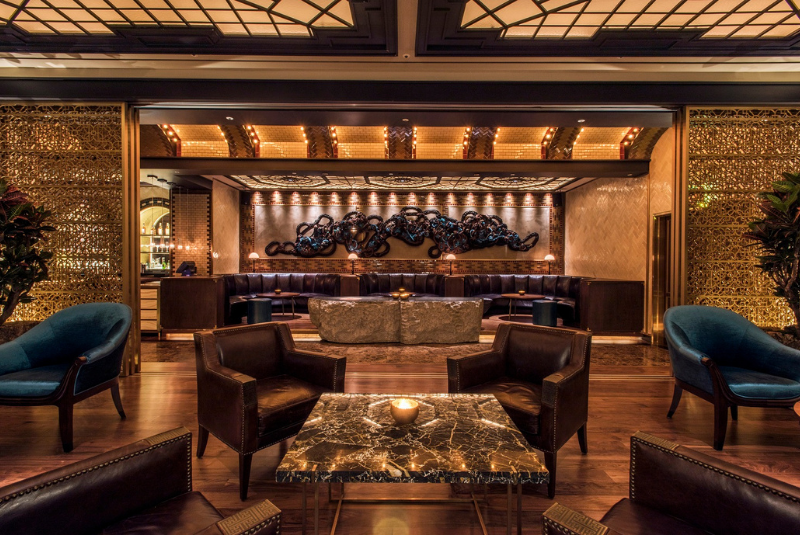 The interior of Charles H located in the Four Seasons Hotel in Seoul, where Motsi presides as head bartender

A bartending philosophy
Motsi believes that his time in Asia has elevated his approach to his work. “Your hospitality becomes refined here,” he explains. “In Europe, for example, people like entertainers. If someone is sat at the bar by themselves, you can probably go talk to them. But here you have to be subtle – not everyone wants you to entertain them. You have to be well rounded, and a lot more aware of your surroundings.”

When it comes to the drinks themselves, subtlety is something that Motsi has always appreciated. “I like well-rounded drinks that are almost understated, with a little bit of theatre, and just enough of everything,” he says. “But I think it all has to be there for a reason, whether it’s something for the aroma, or a garnish that you eat to enhance the flavour… everything goes in harmony.”

Humility is important to Motsi when it comes to creating drinks too, particularly when he’s learning about a new country. “In Beijing and here in Seoul, I only started making drinks with local ingredients after I’d really embedded myself into the culture. For me it’s really about understanding the history, and what the ingredients are used for,” he says. “The more time I spend in a place, the more of a local element I can put into my drinks.”

This considered approach to creating cocktails is just one part of the multifaceted, exceptional approach that has inevitably led to Motsi being recognised by his bartending peers. As for life, and work, after receiving this award? Motsi simply says: “It’s business as usual, delivering the magic, day in and day out.”

Watch the video with Keith Motsi:

Asia’s 50 Best Bars 2022, sponsored by Perrier, will be revealed at an event in Bangkok on 28th April. The ceremony will be livestreamed on 50 Best Bars TV YouTube channel and 50 Best Bars Facebook page.