When her Hong Kong restaurant Little Bao opened its doors to lines of hundreds of people in 2013, chef May Chow thought it was just a phase. Three years on, her Chinese bao burger concept is stronger than ever, with a new branch in Bangkok and more cities in sight.

We caught up with the newly crowned Asia’s Best Female Chef 2017 to talk marathons, new restaurant plans and the chefs who inspire her work.

The week before the Asia’s 50 Best Restaurants ceremony in February, May Chow will be focused on another big event: her first half marathon. At the end of a year that has seen her opening two restaurants in the space of one month, you’d think the chef-restaurateur might want to take some time off to unwind, but Chow has done just the opposite. She took up running three months ago and hopes to participate in marathons all around the world – perhaps opening restaurants along the way.

“As soon as I sit down, I think ‘I should open another restaurant’,” says Chow. I love being really busy. I actually hate running but it trains your mind and I really want to challenge my mind as well as my body.”

If her career is anything to go by, Chow won’t have any trouble completing the challenge. At just 32 years old, she has become one of the most well-known chefs in Asia and she’s done it with minimal training. 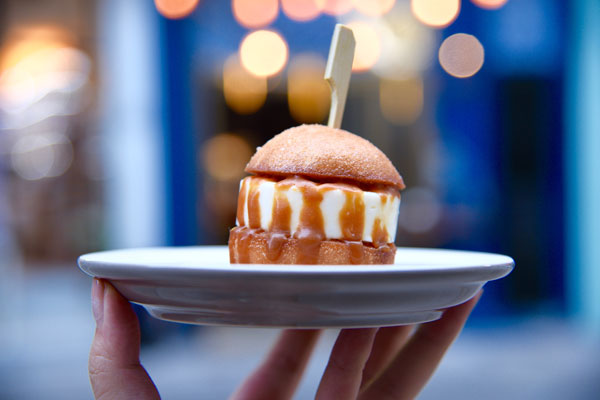 
When she opened the first Little Bao in Hong Kong in 2013, her total professional experience covered just four years. She had worked at Bo Innovation with ‘Demon Chef’ Alvin Leung and at Yardbird with Matt Abergel, but she hadn’t yet reached sous chef level when she launched her Little Bao stall at a farmers’ market in 2012. It sold out almost immediately – then did so again. And again. And again.

Fast forward four years and Chow now runs two tremendously successful Little Baos – one in Hong Kong, another in Bangkok – and the Second Draft gastropub in Hong Kong, which opened in 2016 at the same time as the restaurant in Thailand.

She now has visions of expansion around the world, provided her Chinese bao concept fits in with local culture. In Thailand, for example, instead of replicating her original menu, she took time to meet Chinese-Thai people in Chinatown and incorporated Thai-Chinese ingredients into her dishes – so the dishes at her Bangkok branch are heavy on the spice scale.

“Where I open new restaurants will be purely based on where I want to eat,” she says. “I’d love to open in Tokyo because I’d love to eat Japanese food all the time. It was the same with Thailand, because of the food and the people. I love Melbourne – the food scene is amazing – and London would be awesome too.” 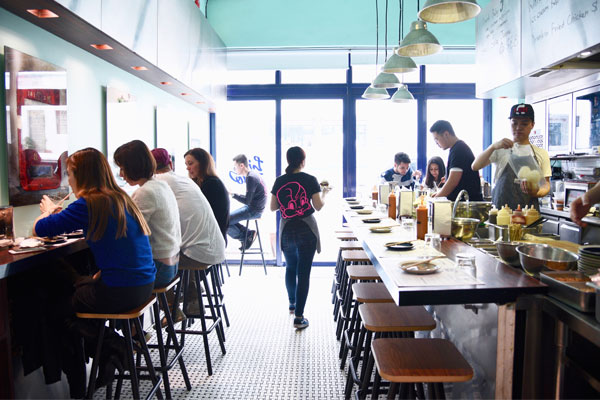 Inside a Little Bao branch


What’s so special about Little Bao in a place like Hong Kong, where the market for steamed Chinese buns is heavily saturated (not to mention, cheap)? Chow says it’s all about the shape of the dish, which she and her team adapted to be more like a Chinese-style burger. She cites Momofuku founder David Chang for giving her the space to combine her American upbringing and Chinese heritage to bring the dish to Hong Kong and for “making it cool and fun to eat it in a different environment and context”.

That environment and context in Little Bao’s case is a tiny, 20-seater casual space with indie music and an iconic logo of an infant’s head representing a “very fat baby” who looks like Buddha – a symbol of good fortune in China. While the logo is tongue in cheek, she says 90% of locals “get it” and are willing to pay more than the average for her bao burger, which in turn helps in her crusade to pay local chefs a better wage and improve their quality of life.

“Doing this concept in Asia is so much harder than in London or elsewhere because there’s an abundance of baos in Hong Kong,” she says. “More than half our customers are local and they’re paying 10 times more than they’re used to. We honour the ingredients and make sure they’re used locally and correctly. I’m proud when my Mom can eat my food and say it’s a great bao.”

May Chow will collect her award at the fifth annual Asia’s 50 Best Restaurants awards ceremony on 21st February 2017 in Bangkok, Thailand.