In the latest edition of Asia’s 50 Best Restaurants, restaurant Mume in Taipei was announced as joint winner of the Highest Climber Award, tied with The Chairman in Hong Kong, as both restaurants rose 25 places in the list. Now at No.18 in the list, Mume is growing in popularity as it pushes Taiwanese produce forward in Asia’s dining scene. We speak to the award-winning chef trio Richie Lin, Long Xiong and Kai Ward.

The first time Richie Lin travelled to Taichung in Taiwan, he says he felt like a kid in a candy shop. “I walked into this random hot pot restaurant and there were 20 different vegetables I had never seen or tasted before,” he says. “I realised that Taiwan has so much to offer because it’s so diverse.”

From this simple but surprising discovery came the idea for a restaurant. Lin, who was born in Hong Kong but worked in Australia and Europe, called his friend and co-head-chef-to-be Long Xiong, whom he had met while working at Noma. “Long, you have to see this,” he said. “It’s insane.”

Having already led the opening of a restaurant in Hong Kong, Lin was ready to take on a new challenge. There was only one piece missing in the puzzle: Australian chef Kai Ward, who had trained with Lin at Quay in Sydney and was also looking for a new project.

Since the chefs joined forces to create Mume three years ago, their fascination with Taiwan has only grown. Now, having been voted No.18 in the Asia’s 50 Best Restaurants 2018 list as well as winning the Highest Climber Award, it seems that they have found a successful way to transform their love for Taiwanese produce into delicious, elaborate and popular dishes. Even the restaurant’s name comes from Taiwan’s national flower – the plum blossom – and shares the Chinese characters of Lin’s mother first name. 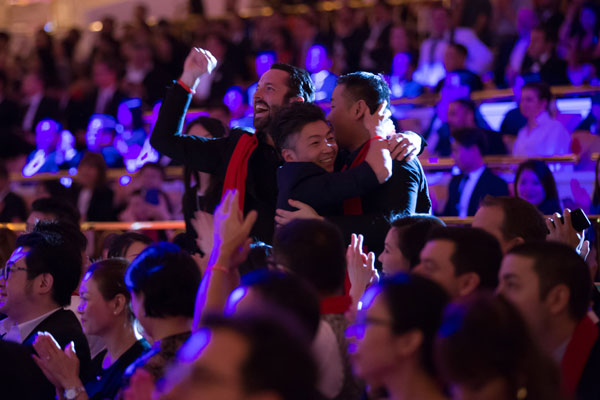 Despite their different ethnicities and backgrounds, the chefs have united under a single banner and work together to push Taiwan and Taiwanese food forward. Their cuisine combines fresh produce with European and especially New Nordic techniques – the starter of country sourdough with smoked beef fat butter references a bread dish served at Noma.

There is a complicity within the trio that is hard to find: the three chefs are clearly on the same wavelength and share a sense of humour that must be one of the secrets of their constant creative output.

“What are our plans for 2018? We’re going to franchise and open 500 new Mumes,” jokes Ward. In reality, they plan to do the exact opposite. “We want to spend more time in Taiwan and Taipei and learn more about it. We’re still trying to understand the country and we’re only really scratching the surface,” he says.

The Mume Salad on their menu is a perfect example of what first inspired them to open the restaurant and what still keeps them going: it features more than 20 different Taiwanese vegetables on a ‘soil’ made of fermented black beans. Many different techniques are used, from dehydration to pickling, creating rich and layered flavours. Almost all of Mume’s produce comes from Taiwan and the restaurant deals with more than 50 different local suppliers. 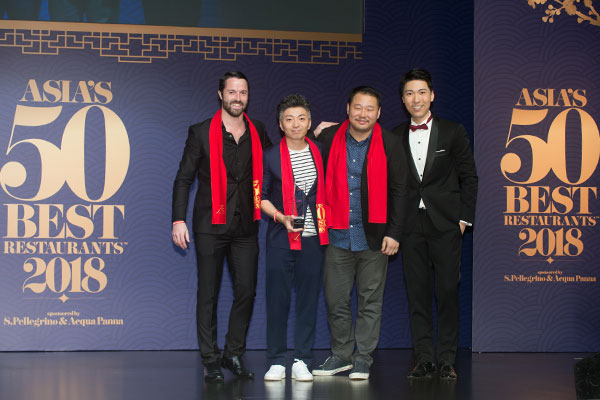 Ward, Lin and Xiong collect their award on stage from presenter Marcus Kwok

“Now we’re looking into Taiwanese indigenous ingredients and how these relate to aboriginal cultures,” says Lin. Xiong adds: “We want to dig deeper into the country, understand its micro seasons better. The real hidden gem of Taiwan is its nature.”

Asked about how they work together as a trio, Ward comments that they are “very aggressive” towards each other, getting another laugh from the group. “In three years you get the rhythm,” says Lin. “Everybody contributes in their own way. We try to distil all talent and make the most of it.”

“We all have the same goals, we all just want to push Mume forward. If you take the ego out of the equation, it’s not that hard to work in a team,” says Ward.

With such a strong team ethic, the Mume chefs are well-placed to help drive the rise of Taiwanese cuisine in 2018 and beyond.