How Astrid y Gastón puts hospitality at its heart

Astrid y Gastón, the flagship in the culinary fleet of Gastón Acurio and his pastry chef wife Astrid Gutsche, has just added The Art of Hospitality Award at Latin America’s 50 Best Restaurants to its long list of accolades. Here’s why the talented husband-and-wife duo are still king and queen of Peruvian gastronomy.

When Astrid y Gastón was named No.1 in the inaugural list of Latin America’s 50 Best Restaurants in 2013, Lima as a dining destination was barely on the gourmet traveller’s radar. Now, after five editions of the list and three different Peruvian winners (Astrid y Gaston being succeeded by Central in 2014, 2015 and 2016 and Maido in 2017), Peru is one of the world’s fastest-growing tourist destinations. And it’s not just the promise of the finest ceviche on the planet that is drawing gastronomes – it is also the Peruvian warmth and hospitality, which Astrid y Gastón exemplifies.

Entering the beautiful, colonial Casa Moreyra, the site of Acurio and Gutsche’s premium restaurant, is like entering a luxurious family home. Diners are welcomed into a bright reception area adorned with Acurio’s colourful cookbooks and local artefacts, before being led through the multi-roomed maze and into one of several different dining spaces. 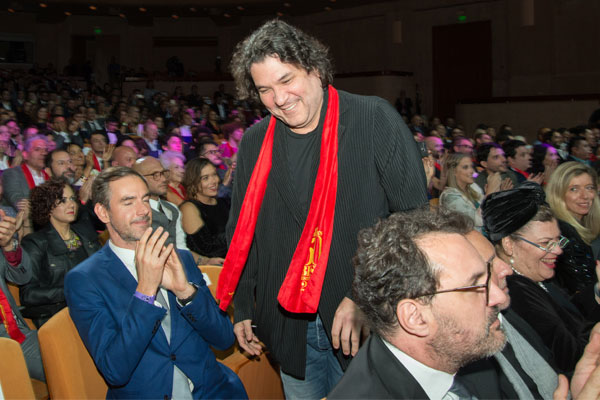 Gastón Acurio at the 2017 awards ceremony in Bogotá

Throughout the course of a tasting menu, à la carte experience or cocktails in the stunning bar space, each customer is treated with the utmost care, putting enjoyment at the centre of the experience. Assiduous staff are on hand to cater to every need, be it to guide guests from the gastrobar to the semi-hidden bathrooms or to arrange a special menu request.

It is fitting that Astrid y Gastón has a homely vibe because, just over a year ago, Acurio himself returned “home” after several years away from the restaurant promoting Peruvian food around the world. Under that period, his kitchen was run by talented chef Diego Muñoz, but Acurio always had an influence on the menu, which included dishes inspired by his childhood.

One of the (anonymous) voters for Latin America’s 50 Best Restaurants says: “Acurio’s return marks the before and after. The return of the flavours that made the restaurant legendary, together with innovation and evolution of the concept, an unsurpassable location and superlative service, mean that this classic restaurant keeps on surprising.” 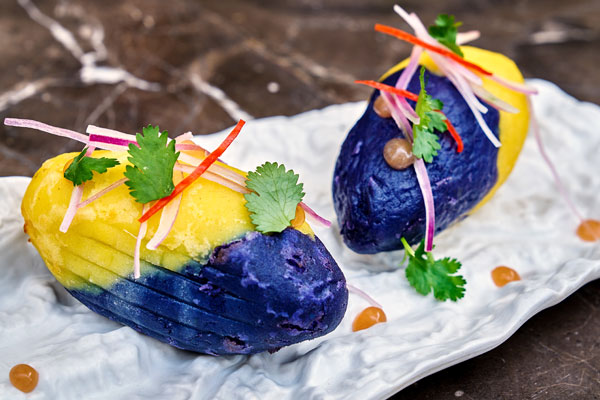 Within the cuisine that made Astrid y Gastón its name are excellent ceviches and modern takes on local classics, such as Peking guinea pig pancakes. Much of the menu is about evoking memories, and the welcoming surroundings only add to the feeling of nostalgia. Acurio’s savoury courses are followed by delicate sweets, handmade chocolates and other sweet treats by Gutsche, who won the title of Latin America’s Best Pastry Chef in 2015.

While Acurio has paved the way for younger chefs such as Mitsuharu Tsumura of Maido and Virgilio Martínez of Central, his restaurant remains a Peruvian institution and a constantly evolving reference point for Lima’s transformation into one of the world’s greatest culinary destinations.