One Australian chef is leading a new generation of cooks towards a more sustainable future by promoting the use of indigenous ingredients.

In the middle of Australia’s Yarra Valley, Matt Stone ladles steaming hot kangaroo tail soup into a glass. The rich, salty broth is just one of the uses he advocates for the most sustainable protein in Australia, a country that has an estimated three kangaroos for every person. The chef is here giving visiting 50 Best cooks David Thompson and Richard Ekkebus a glimpse of what his country’s natural larder has to offer.

“Using kangaroo is a no brainer,” says Stone, who leads the restaurant at Oakridge winery in Coldstream, Victoria. “It’s lean, it’s healthy, it’s abundant. Why aren’t we eating more of it?”

Stone argues that kangaroo meat has myriad benefits. Not only do the animals live in the wild and therefore don’t take up valuable agricultural land, they’re also light-footed, so they don’t destroy the earth in the manner of introduced species such as deer. Furthermore, the meat is versatile – Stone uses the rump, loin, shanks and shoulder at Oakridge in a series of dishes such as charred kangaroo with fermented native greens and sandalwood nuts.

While it seems natural that Australian chefs would be using one of their most abundant local ingredients in their cooking, it is only in recent years that the movement has taken off. Stone is one of the leaders of a new generation of Australian cooks championing indigenous foods and popularising their use in high-end restaurants.

“When I was a kid, kangaroo was only in the pet food section of the supermarket,” says Stone. “Now even the big supermarkets are selling kangaroo and it takes pride of place next to a piece of Wagyu beef.” 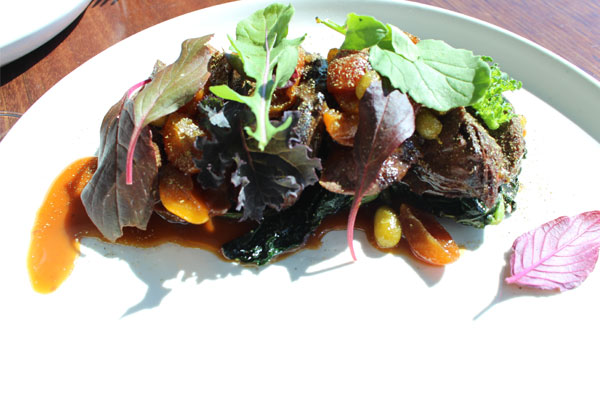 In a section of forest in the Yarra Valley known as the Black Spur, Stone forages for pepper berries for his fellow international chefs to try. Australian-born Thompson, who has been based largely in Thailand for the last 30 years and is known for serving super-hot traditional Thai food at his Nahm restaurant in Bangkok, bites into the spicy bark of the plant. He swiftly declares that it’s no match for his Thai palate, yet other members of the group are floored by its heat. The leaves are used for curing meat; the bark makes a flavoursome oil and the berries can be used as a spice – Stone uses all three components in his own Australian seven spice.

Kangaroo, pepper berry, lemon myrtle and finger lime are among the native ingredients that are popping up in abundance on restaurant menus across Australia, from Dan Hunter's Brae in Birregurra to Jock Zonfrillo’s Orana in Adelaide.

“Australia has an amazing diversity of climates and terrains so I truly believe we can grow and produce almost anything,” says Stone. “I really feel we were misled as kids in school with what we were told. Discovering a little more about indigenous communities, they weren’t nomadic like we were taught – it’s arguably the first culture to gather grain and store it.” 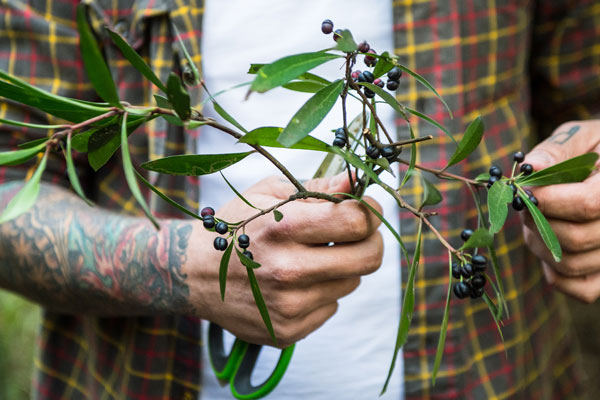 Stone combines his passion for Australian native ingredients with a commitment to sustainability. He operates a zero waste policy in his kitchen and last year published The Natural Cook, a recipe book championing ‘maximum taste, zero waste’. Oakridge’s restaurant trimmings go into three compost bays that are then used to feed the garden, where the chef grows miniature cucumbers, zucchini and a host of other foods.

He began championing the cause in 2009 when he joined restaurateur and environmentalist Joost Bakker’s zero-waste restaurant venture in Melbourne. Stone had worked in pubs and restaurants in Perth and Margaret River since he was a teenager, but it was the opportunity to join Bakker at a restaurant made entirely from recycled or recyclable materials that really excited him. He worked with Bakker at Greenhouse, Brothl and Silo before moving permanently to Oakridge in 2015.

Now whenever possible, Stone and his team reuse leftovers in their dishes, including a colourful dessert made entirely of ingredients that would otherwise be binned. In ‘Shiraz lees, grapefruit and coriander,’ he incorporates pureed grapefruit skin, dead yeast from the bottom of the wine production tank, coriander stems discarded after the leaves are used in a salad and leftover egg whites from the pastry section. 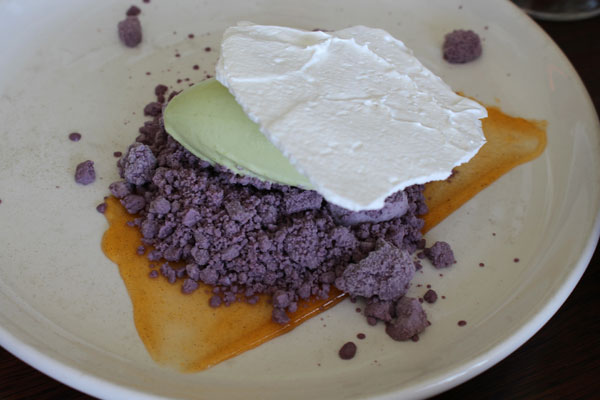 “Waste is a lack of imagination,” he says, reeling off a list of other uses for commonly discarded products. Ekkebus, executive chef of Amber in Hong Kong, is fully in agreement, explaining how he has created a dish using potato peelings to make a potato skin dashi that has become a key feature of his vegetarian menu. Dutch-born Ekkebus is also working towards zero plastic in the kitchens he oversees for the Mandarin Oriental Group, having cut out plastic straws and introduced compostable Vegware for takeaways.

It’s a short trip to the Yarra Valley for Ekkebus and Thompson before they head back to their respective countries to run their award-winning kitchens, but the meeting with Stone is a valuable opportunity to exchange information on how cooks around the world are changing the conversation on sustainability and food waste.

“It’s an awesome time because chefs everywhere are thinking about this and that’s the way to make change,” says Stone. “Five years ago, nobody cared. Now we think about where that straw goes and the effects we have on the environment. That’s the first step and that’s amazing.”

The author and international chefs were hosted by Visit Victoria.

Watch the extended highlights from The World's 50 Best Restaurants 2017: