Japan’s ancient capital plays host to history, culture and now one of Asia’s standout rising-star cocktail bars. 50 Best catches up with Bee’s Knees head bartender Toru Ariyoshi as he explains what it’s like to land into the list of Asia’s 50 Best Bars at the highest ranking for a new entry this year


There are few better ambassadors of the craft of bartending than Toru Ariyoshi. Whenever in front of the camera or commenting for interview, he will tell you that “bartending is the best job in the world”, and that he is grateful for all the opportunities it has afforded him. He travelled the world as journeyman flair bartender, before finally laying down his trademark trilby hat in Japan’s second city of Kyoto, where he opened Bee’s Knees in 2018.

This year, Bee’s Knees receives the Disaronno Highest New Entry Award after placing at No.21 in the list of Asia’s 50 Best Bars 2020, sponsored by Perrier. The award is given to the bar that is voted into the highest position in the ranking for its inaugural year in the list. One of the most talked-about bars in Japan in recent months, Bee’s Knees’ star is growing on a global stage.

“When we first heard the news that we were named the Disaronno Highest New Entry, we did not know what was going on,” says Ariyoshi. “Just a couple of weeks before we heard that we had made the list of Asia’s 50 Best Bars, which was an amazing achievement in itself. We had honestly never dreamt that we would get such a prize as Kyoto is still relatively small in the cocktail scene. The team were dying when we got the call.” 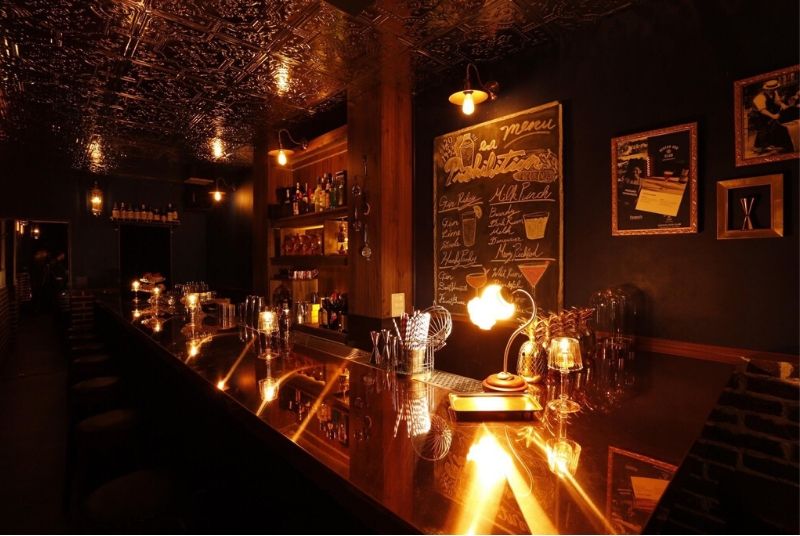 Beneath Ariyoshi’s modesty comes a wealth of international experience. Despite coming to bartending relatively late – he only began taking it seriously aged 26 – his progress was fast. Initially infatuated with the flair bar scene, he has competed in over 90 tournaments, reaching the final in Southeast European Flair Kings, Loolapaloosa Flair World Championship and in the Bar Fighters Championship WFA Grand Slam between 2014 and 2016.

In spite of his skill with bottle toss and catch, he takes mixology seriously, learning his trade at Tokyo’s highly commended Gossip Bar, among others in the city. For the opening of Bee’s Knees, he chose to riff on the trope of New York speakeasies, with nods towards Japanese bartending tradition and style. “Firstly, people come to Kyoto to appreciate its beauty and history,” explains Ariyoshi. “But a lot of the Americans who come here get a bit bored of the continuous strong Japanese culture. They want a different side of the food and drink culture and some nightlife options, too. We know how popular and familiar the speakeasy style is all over the world, so we’ve adopted this concept for an international audience to appreciate, as well as the locals.” 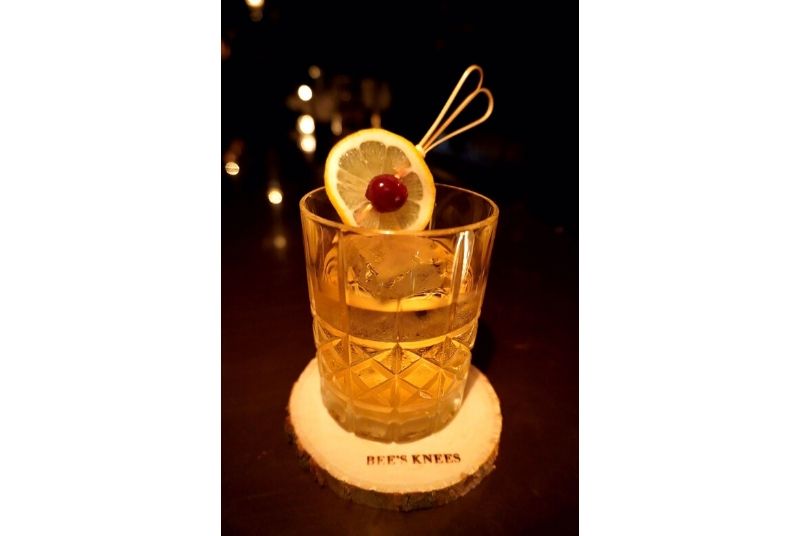 The Bee's Knees Not Godfather serve

The bar takes its name from a Bee’s Knees cocktail, which was popular during the Prohibition Era. Comprising gin, lemon juice and honey, the components were initially chosen to mask the smell of the moonshine in the glass. “Our signature Bee’s Knees is certainly the most popular drink on our list,” says Ariyoshi. “We have 14 signature cocktails which complete the range. We have some excellent sours and the ones using a whisky base are very popular. The cocktail that people always seem to re-order is the Not Godfather, which is a twist on an Old Fashioned.”

Ariyoshi and his team would like to introduce you to their drinks philosophy and show you how to make their Codex D cocktail with Disaronno.

To appreciate the bar is first to find it, hidden behind a façade labelled The Book Store, with a subtle emblem of a bee. Nineties US hip-hop creates the backing track for the bar, where most guests take a seat at the counter with a few tables for groups. Beaten metal ceilings, dark wood and dim lighting complete the tableau.

Together with his staff, Ariyoshi intends to give Kyoto the same international bar credence as Tokyo, as more bars are opening up in the less-populous but better-travelled city. “It’s fair to say that other countries in Asia have a better cocktail scene than Japan,” he says. “Here, the strongest culture surrounds beer. It is our mission to change this in the younger generation and get them to start appreciating proper cocktail bars.”

After just two years in operation, Bee’s Knees already has a hive of regulars and its global reputation is gathering pace. It makes for a worthy winner of the Disaronno Highest New Entry Award 2020.