Before sushi: origins of a Japanese food icon

This International Sushi Day, we explore the humble beginnings of one of the world’s most popular food through the eyes of Japanese chef Shinobu Namae.

Besides his signature dish of four-hour-cooked turnip, chef Shinobu Namae of L’Effervescence in Tokyo, No.12 in Asia’s 50 Best Restaurants, is also known for his keen interest in fermentation, which he has spent a long time researching. One of the very few restaurants he says has inspired him on the subject is Tokuyamazushi, a remote “sushi” restaurant in Shiga, Japan, which we visited together in January. 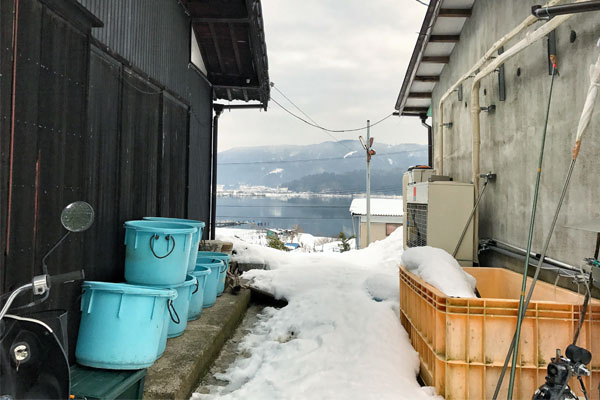 Into the fermentation kitchen of Tokuyamazushi. The restaurant is situated next to Yogo Lake and surrounded by mountains.

Run by chef Hiroaki Tokuyama and a small team that comprises mainly family members, Tokuyamazushi caters to around 15 people per day and also functions as an inn. There’s no choice on the menu, though the specialty is Narezushi. 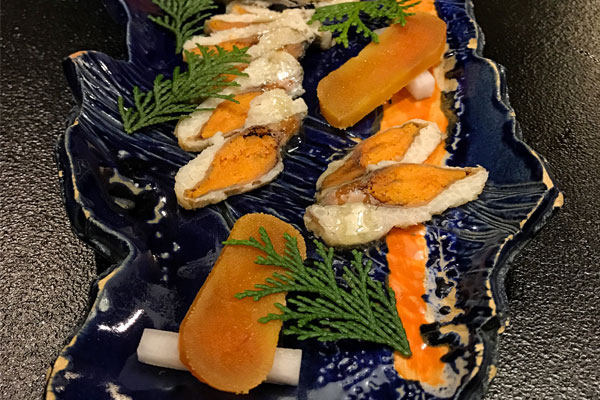 Narezushi served on a plate whose shape resembles Yogo Lake

Narezushi, the very first kind of sushi in Japan, is not what we would understand as sushi today. Rather, it is a lacto-fermented dish made with Crucian carp. Its preparation is believed to have originated from Southeast Asia and reached Japan around the 8th century. In Japan, the dish is considered a regional specialty, not popularised or well known across the country. 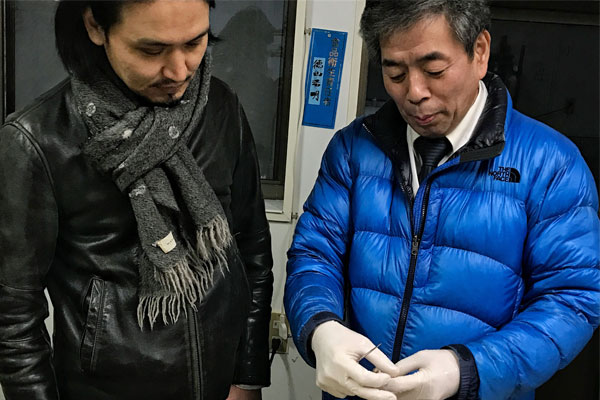 Shinobu Namae of L'Effervescence discusses the gutting of carp with Hiroaki Tokuyama, the chef owner of Tokuyamazushi.

Tokuyama explains the process of making Narezushi to Namae in great detail. The carp are caught in April from Yogo Lake, next to the restaurant. Their gills and guts are removed, then the fish is salted for four months. It is rinsed and dried before being fermented. Fermentation of Narezushi begins in July because the very hot and humid weather helps activate the process. The kitchen staff cooks locally grown rice and packs it inside the carp, which are then layered alternately with more cooked rice in large containers, taking around six months to mature. 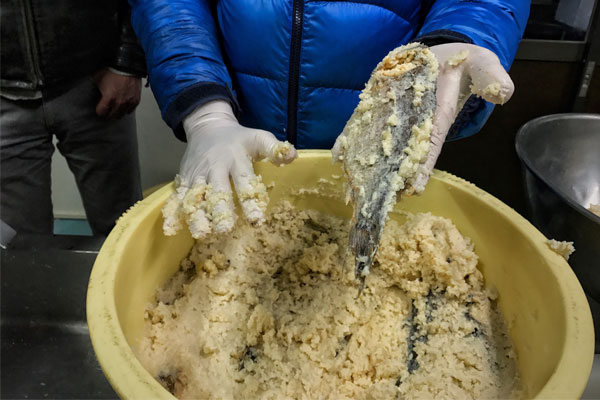 When ready, the rice is removed and the carp are served thinly sliced. The taste of Narezushi is strong and extraordinary, like a flavourful combination of freshwater fish, rice yoghurt and pungent blue cheese. It has a long-lasting floral note and a contrasting texture of fish roe. It goes well with full-bodied sake that is brewed in Shiga. 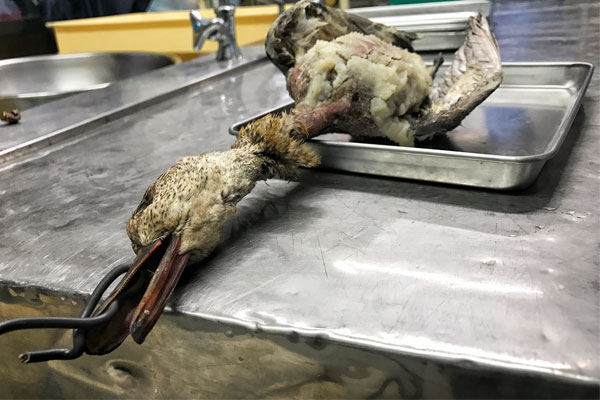 Namae speaks highly of Tokuyama’s creativity: “He uses the tradition of Narezushi as his starting point, but he has developed many interesting methods for fermentation. I am intrigued by his re-using of fermented rice to cure or ferment other types of fish as well as meat. It goes beyond the tradition.”

Meanwhile, Tokuyama shows Namae how to make Funakamo, a wild duck cured at its breasts using the discarded Narezushi rice. After the curing, the breasts are filleted off and served lightly seared. 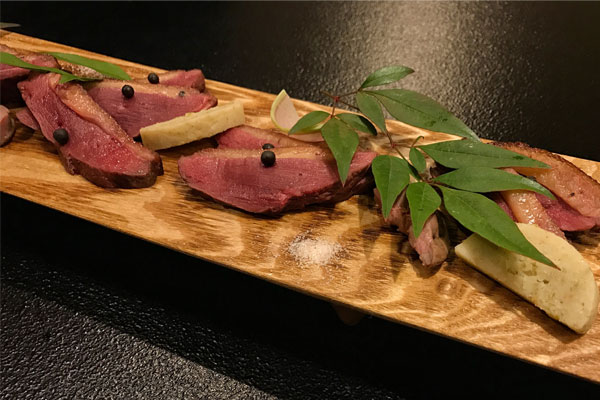 Namae continues: “Tokuyama-san also lets the seasons and the landscape around him dictate what he cooks. In spring and summer, there are freshwater fish, such as eel and ayu (sweetfish), caught by the chef himself, and wild sanshō pepper buds foraged from the mountain. In autumn, there are wild mushrooms, while in winter, game is delivered to his door by licensed hunters.”

The highlight of a winter meal at Tokuyamazushi is a hot pot of wild snapping turtle and thinly sliced bear meat – a delicacy only found in areas in Japan where bear hunting is licensed. We finish the night off with a cup of Sencha tea and a cheesecake-like ice cream, which is made from leftover fermented rice. 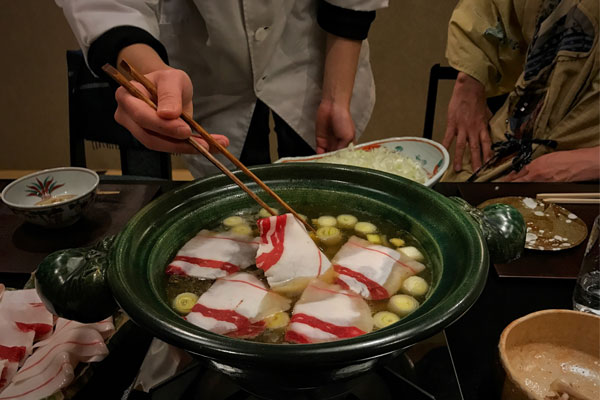 Eating at Tokuyamazushi is an emotional journey for Namae: “Creativity can come from anywhere nowadays and be shared so instantly with anyone on the internet. But somehow it leads us to a globalised food culture, which is scary because we no longer safeguard our own heritage. I am interested in its roots and in understanding how far we have walked the path of its history.”