Rising a whopping 37 places to No.11 in The World’s 50 Best Restaurants this year, Blue Hill at Stone Barns has won The Highest Climber Award, sponsored by Lavazza. Here’s why…

After three months travelling back and forth between upstate New York and central London juggling Blue Hill at Stone Barns and his wastED pop-up, then a flying visit to Australia for The World's 50 Best Restaurants 2017, Dan Barber deserves a break. Perhaps wisely, the chef is planning to keep his feet firmly on the ground for a while.

With no extra-curricular projects planned for the immediate future, the chef is focusing on his New York restaurants – which is fortunate, because the pressure from Blue Hill at Stone Barns being voted No.11 in the list is “huge”. That said, if the 50 Best voters’ testimonies are anything to go by, he shouldn’t have much to worry about.

A quick sift through the comments given by the anonymous panellists who vote in The World’s 50 Best Restaurants reveals not just praise for Barber’s food but also a whole lot of respect and admiration for his vision. “He pushed me to think about how and why we’re eating what we’re eating,” writes one industry professional. “His collaborative work with seed scientists and farmers and the holistic nature of his menu are exemplary,” writes another. One simply writes “Mind. Blown.”

Blue Hill at Stone Barns is unlike any other restaurant. It's a farm, first and foremost – owned by Barber and his brother and sister-in-law, the restaurant opened in 2004, four years after the original Blue Hill New York City in Manhattan. It sits on 80 acres of land that also houses the Stone Barns Center for Food and Agriculture, where school kids and adults can take behind-the-scenes tours through the greenhouse and planting fields and get to know the livestock. 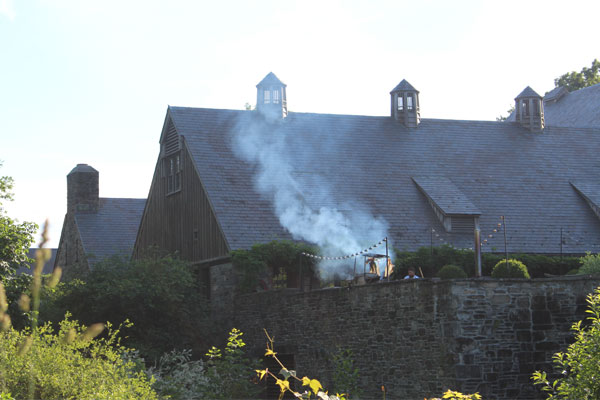 A chef at the barbecue outside Blue Hill at Stone Barns

Stone Barns is not the place to go for spherified liquid snacks or elaborate terrines. The food here is simple – each dish a celebration of something from the land or a nearby farm, with few ingredients added so that customers can really enjoy the product, be it montebianco fennel or a warm chunk of sourdough from the onsite bakery, spread liberally with single-udder butter from the farm. Diners who opt for a tour of the property can pick and taste the finest seasonal produce before they even sit down at the table.

It’s not cheap, of course – as of next week, the “Grazing, Pecking and Rooting” menu is priced at $258, with wine pairing an additional $158 – so this is a destination restaurant that most people will only visit once in a lifetime. But it’s worth it, because the experience involves so much more than just the meal. It’s an education in food waste and American agriculture, a journey through the state’s best local produce and, at a 45-minute drive from New York City, it’s also a breath of fresh air from the fast pace of the Big Apple, with blue skies and verdant landscapes to boot.

A meal at Stone Barns begins with a wooden block sprouting leaves to enjoy straight from the garden, and progresses through seasonal snacks from the fields and the greenhouse – baby kohlrabi, potato pizza, weeds with tarragon pesto, ‘experimental’ curly peas. Then onto the ocean and the pasture, with face bacon, beef tendon popcorn, celtuse, asparagus and halibut bones. Next up, the forest, with knotweed spritzer and tea, then the cellar for fennel salami and cured goose breast, and finally, the Blue Hill Farm section – grass-fed milk ice cream, chocolate bread and milk jam and frozen colostrum lollipops. All in all, a tasting menu comes to some 30+ courses, which goes a long way to justify the price tag. 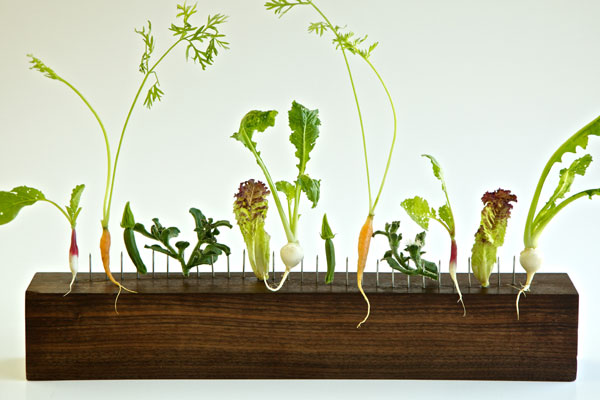 
Barber likes to educate. Not just at Stone Barns, where staff talk through the minutiae of each dish at the table, but also through wastED, the pop-up dinner series that ran for six weeks in London earlier this year after an initial three-week stint in New York in 2015. The chef and a few members of his team temporarily relocated to London and, along with 40 guest cooks including Alain Ducasse and Isaac McHale, they put waste food on the menu for lunch, afternoon tea and dinner on the rooftop of the iconic Selfridges department store.

Though the latest incarnation of wastED is finished and no others are planned, Barber hopes to have prompted people to be more conscious about the foodstuffs they usually throw away – and to make use of them in food wherever possible. He advocates cooking at home, which by definition means wasting less. He serves meat at Stone Barns, but just a smattering; the tradition of protein-centric meals is one he hopes to change.

Like many of the chef-owners of The World's 50 Best Restaurants, Barber is increasingly concerned with sustainability. But when he puts vegetables centre stage in place of more environmentally damaging meat products, he does so in such a way as to transform the humble veg into the highlight of the meal. His carrot steak with a sauce made from braised beef offcuts has inspired cooks around the world to rethink veg-to-meat ratios and to be more creative with produce. Meanwhile, his opinions on food and agriculture policy have appeared in multiple publications, including his own book, The Third Plate, and he was even appointed by former President Barack Obama to advise on nutrition. 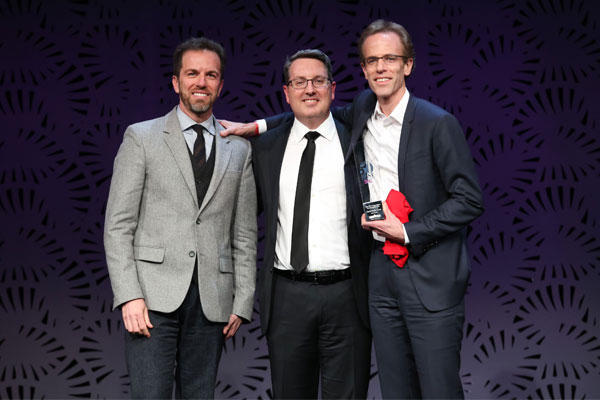 
Barber has received quite a few accolades for Blue Hill at Stone Barns in the last six months alone – not least the Highest Climber Award and being named Best Restaurant in America by food critic Bill Addison. As for the next six months? He’s excited about veg, of course: “It turns out a lot of things are lined up for this year – squashes, zucchini, corn – that I’m really excited about.”

While Barber is learning about new ways to grow the most flavourful and nutritious produce, he’s also teaching a new generation of chefs about responsible cooking. Fresh from an intense six weeks serving at wastED, some of the young chefs from the London project have been hired to work at Stone Barns in New York – and they’re in for an education.