Inside Brae: Dan Hunter on sustainability, Australian ingredients and the pressure of being at the top

There’s a dish on the menu at Brae called Iced Oyster. Shellfish-phobic diners needn’t be fearful – instead of a slippery mollusc inside a shell, it’s actually a sweet milk ice cream with a salty twist that’s capable of turning even the least adventurous into oyster fans. And that’s exactly Dan Hunter’s intention: to challenge the preconceptions of those customers who might have hang-ups about the seafood dish.

“When we first starting serving it, you’d get people, particularly men, who would try to down it in one go and then get ice cream headaches,” says Hunter. “But we’ve learned to make it better for them and we’ve found a lot of people who say they can’t eat oysters can somehow be convinced to try it – and it blows most people’s minds.”

Like many of the dishes on Hunter’s 15-course menu at his farmhouse restaurant in Birregurra, outside Melbourne, the iced oyster was inspired by his own personal experiences – in this case, visiting the beach with his daughter during wintertime, the season when oysters in southern Australia are at their best. 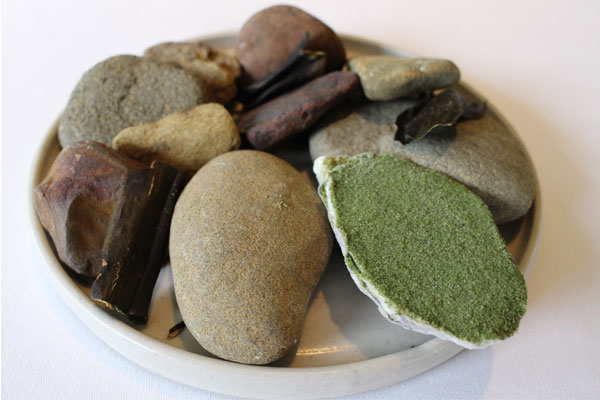 Locality is key to Hunter and his team when selecting ingredients for their dishes. Brae, which means hillside, is a 30-acre working farm on which many of the products used at the restaurant are grown. Chickens are used not only for eggs but also for weed control; there’s a vegetable garden, a fruit orchard, an olive grove and a considerable amount of indigenous Australian foods grown on site. It’s fundamental to Hunter that the farm operates with pure organic practices.

Brae’s approach to sustainability has so far served it well – in addition to entering the 50 Best list at No.44 (up from No.65 on the extended list last year), the restaurant was also a close contender for the Sustainable Restaurant Award, sponsored by Silestone. Trailing behind winner Septime in Paris and Relae in Copenhagen, Brae had the third best score on the Sustainable Restaurant Association’s Food Made Good rating system, which measures restaurants according to their environmental and social responsibility.

“I don’t think there’s anyone under the age of 45 that isn’t aware of the state of the planet,” says Hunter. “Many people coming to restaurants today would consider sustainability as something that’s important to them. If you’re working alongside nature or using it as one of your tools, it’s highly important that you look after it – because you want it to be there in the future.”

Brae’s commitment to the cause is impressive. The restaurant fills just six wheelie bins of waste each week for an operation serving more than 200 customers. That compares with one full wheelie bin that an individual household typically fills. Soft waste such as vegetable tops and peelings is used as chicken feed and the rest goes into an intensive composting system. 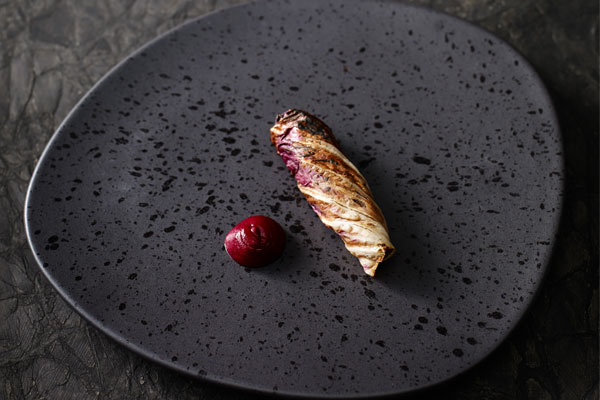 
Along with fellow chefs, Hunter is part of a movement to explore Australian indigenous ingredients and to develop a “strong, identifiable cuisine that is only Australian”. For this reason, international diners will find a host of ingredients on the menu at Brae that they may never have heard of: lemon myrtle served with cucumber pickled with green ants; finger lime to complement a prawn and nasturtium snack; and muntries, a low-growing plant found on the south coast of Australia. The menu is a colourful parade of intriguing snacks and bites of local produce served in a bright, airy space overlooking the grounds of the farm.

To spend an afternoon experiencing Brae’s effortlessly smooth service in the controlled but relaxed dining room, it would be easy to think Hunter had been doing this forever. In fact, just under two decades ago he was washing pots in a pub in the evenings, after spending the day assembling light fittings. He recalls lying on his side in the largest stock pot he’d ever seen, washing it with a hose from the inside to reach the bottom.

“It was a pretty average pub and the cooks wouldn’t take a lot of care so there were a lot of trays with burnt cheese on them,” he says. “But I quite liked the way people were with each other; there was a lot of jest. The head chef was a young guy who was really proud of the food they cooked there and it showed me that even at that level, there’s work you can do in a restaurant that allows you to contribute to the fabric of society.”

Hunter’s career really took off when he worked at Mugaritz in Spain, under Basque chef Andoni Luis Aduriz. He was there from 2005 to 2007, sometimes experiencing days during low season when the restaurant would do as few as three covers. When the restaurant entered The World’s 50 Best Restaurants list at No.10 in 2006, Hunter noticed a marked change that would also shape his future.

“I watched the whole thing change,” he says. “There was a new level of business, of work, of expectation. All those things, the good and the bad, just happened right there and I sort of knew from that point that this was something we needed to be part of. It’s not about wanting to be on the list, it’s wanting to have a restaurant that’s considered worthy of being on that list.” 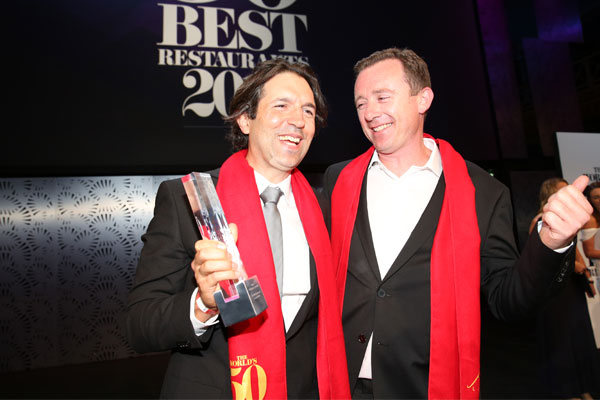 
For Hunter, having the 2017 awards ceremony in Australia in addition to Brae entering the list was double reward for the work of his team, and he was honoured to serve his peers from all over the world at his restaurant. But the accolade won’t make him rest on his laurels; if anything, it has increased expectations.

“What many people outside the restaurant world fail to recognise is that the most pressure you have to deal with is the pressure you create for yourself – your own and your team’s standards,” he says. “The way you critique your own work is sometimes far more ruthless than what any critic would do.”

Next year will be an interesting one for Hunter if Brae is voted onto the 50 Best list again – the awards will be held in the Spanish Basque Country, a region with which he has a particular affinity after his experience working at Mugaritz. He won’t be making special efforts to make that happen though – his approach is simply to focus on creating the best experience for the customer and letting the rest follow.

“For the restaurant to be full, we have to be good at what we do and be interesting for people to come to,” says Hunter. “Being on a global list of 50 when there are 50 million restaurants in the world is a real pleasure. There’s probably some responsibility from being on that list to continue evolving, but I guess we’ll have to continue to set those standards and hopefully in the future people will still think that we should be on that list.”

Go Inside Brae with Dan Hunter: