As her restaurant, Manu, wins the Miele One To Watch Award for Latin America’s 50 Best Restaurants 2018, chef-owner Manoella Buffara plans to use her voice to fight for waste reduction, better nutrition and the environment. We speak to the 34-year-old cook about food education, pollination and her love for her hometown of Curitiba in Brazil’s southern state of Paraná.

In a city best known for its Botanical Gardens and as a major manufacturing hub, chef Manoella ‘Manu’ Buffara has been making waves in gastronomy, creating an alternative reason, other than business, to visit Curitiba. Since opening Manu in 2011, she has built an entire community of loyal producers and has invested as much energy into developing the neighbourhood as her own restaurant. Now, as Manu is recognised with the Miele One To Watch Award, she hopes to spread her efforts further to create a more environmentally sound future.

“We need to concern ourselves not just with our restaurants and the food we serve,” she says. “We need to think about the amount of litter we’re producing, the amount of water we use, the quantity of food we’re wasting. Why are we producing more? What will happen in the future? It’s important that those of us who win these awards, and are given a voice, really use that voice.”

Buffara was invited earlier this year to the Basque Culinary World Prize Summit in Modena, where she met with restaurant industry heavyweights including Massimo Bottura, Gastón Acurio, Mauro Colagreco and Leonor Espinosa. She noted that most of the chefs had the same concerns in common, and that the discussion centred around “uniting our continents to show the world just how important it is to think through our restaurants”.

Over the last few years, the chef has focused on building urban gardens in Curitiba, transforming abandoned parts of the city into areas where communities can feed themselves. The project involves educating lower classes with little understanding of trash, let alone how to turn it into food. There are now 89 urban gardens, with 5,000 families involved. 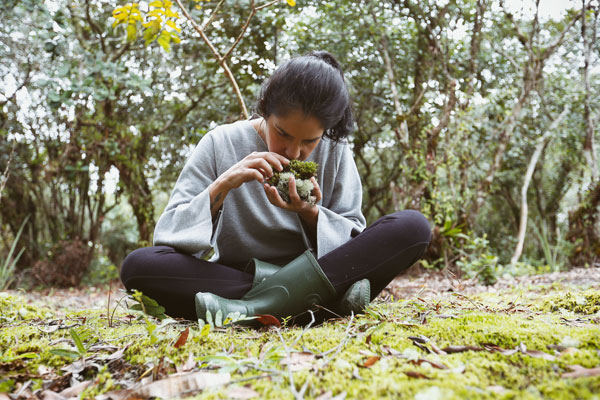 Buffara has also co-led an effort to install 4,000 beehives throughout Curitiba to bring health and agricultural benefits. What started as a plan to pollinize the city became something that united a community, and improved education around nutrition. While world domination is still a way off, she hopes to roll out the projects to the neighbouring states of São Paulo, Santa Catarina and Rio Grande do Sul.

“Within my city, I concern myself with the litter we generate, the litter my neighbours generate, the litter I generate at home and our food production,” she says. “In Brazil, we waste 41,000 tons per day. A lot of the time, 70% of that food is ripe for consumption but we waste it because we don’t have the transportation to take it to the people who need it.”

Buffara has three main recommendations for waste reduction: buy only what is necessary, avoiding monthly shops and storing food; separate garbage for compost or recycling where available; and try to use 100% of what you buy. These are messages she passes on both to her young daughters and to the chain of 35 different producers the restaurant uses from around the state of Paraná.

One such producer, a fisherman known affectionately as Nininho, has developed a relationship over seven years with Buffara. Now, not only does he supply prawns, crab, sand perch and hake to the restaurant, but he and his son have also learned from the chef how to store their fish, how to go direct to market and to develop their business. Similarly, through the urban gardens project, Buffara has taught the community about edible flowers and how to use banana skins to make beef Milanese. 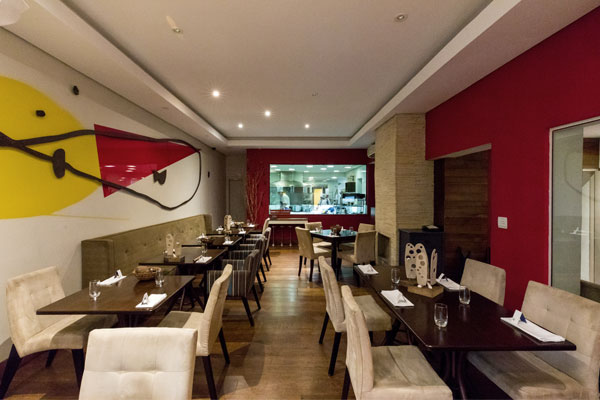 Buffara has always had a strong sense of curiosity. With a farmer for a father, a Lebanese grandfather and Italian grandmother, she was taught from childhood that food was important. Although she grew up knowing she wanted to cook, she went to university to study journalism as there was a sense in Brazil that a degree was required for any profession.

During her studies, she went to Alaska to work in a hotel, then to Italy to learn to cook. It was while in Italy that she came across a magazine article about Noma, then a relatively little-known restaurant in Copenhagen that would go on to be crowned No.1 in The World’s 50 Best Restaurants four times. She wrote to its chef, René Redzepi, asking for a stage, and later completed several stints of work both at Noma and at Alinea in Chicago.

“At Noma, I learned a lot about vegetables, a bit about fermenting, making vinegar and cheese, but my focus was not about learning so much,” she says. “In 2006, it was one of the only places in the world that nobody knew about, where they were always searching for local products. It was a region that had already been discovered and yet they went looking for new products. It was the same thing that happened to me: I’m in a city that has already been discovered – different from the Amazon – and that’s why I went to Noma.”

Buffara and her team scour the local landscape – the Atlantic Forest, the ocean and the countryside – for products such as roe mullet, native fruits, flowers and pine nuts. She incorporates these into dishes such as corn macaron, and lettuce with pork fat, which form part of her tasting menu. Many of the items are eaten with the hands, a lesson from Buffara’s grandfather, who taught her it was vital to come into direct contact with food. 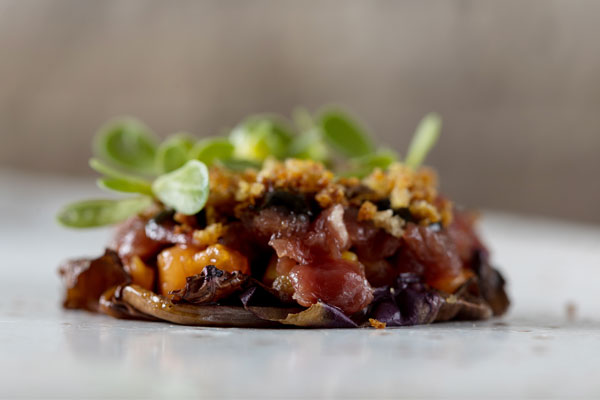 She also uses fermentation techniques at the restaurant, making vinegars and fermented drinks and sometimes beer to pair with the food. These techniques were also learnt from Buffara’s grandparents, who made kombucha when she was growing up because they didn’t have much money. The restaurant also benefits from the burgeoning winemaking and artisanal beer industries in Paraná.

While Buffara is probably the most well-known chef in Curitiba, she has never considered moving to São Paulo or Rio de Janeiro, the Brazilian cities that are most highly regarded for their gastronomy.

“In Curitiba, I have my own projects, my community projects, and I wouldn’t give them up for love nor money,” she says. “I work with more than 100 families and they’re people I have a lot of love for. It’s as if I’m part of their family, their daughter. We are doing something incredible together and Manu represents them, they represent Manu. Manu is those people, so this is where I have to be.”

Buffara has big plans for Manu, including eventually moving the restaurant to the countryside, near Araucaria, just southwest of Curitiba. “But the city needs to develop first, and the transport – it’s not just about the restaurant.” For now, she is content with helping her city and state to gain global recognition.

“It’s very cool to put Curitiba on the gastronomic map, not just for me but also for other cooks in this city and this state,” she says. “People outside Brazil don’t know about Curitiba, they often don’t know where it is, but this is a way for people to start looking at the map and seeing Santa Catarina, Rio Grande do Sul, the Atlantic Forest, Curitiba, Paraná, my team –and not just the team that’s here today but the people who have come through Manu. It’s for me to use the award to show a female voice and to be able to talk about my beliefs and passions, but it’s also an opportunity to talk to people outside Brazil.”

Go inside Manu with Chef Buffara: