There’s a worldwide wave of chefs investing in casual concepts and redefining fine dining and luxury at the table. In Brazil, new restaurants are celebrating the 'luxury of simplicity' and one chef has decided to go a step further with his unique idea, A Casa do Porco.

Jefferson Rueda is one of Brazil’s finest chefs and is highly regarded for his authenticity and skills. He has been the Brazilian Bocuse d’Or chef, was awarded a Michelin star in the first year the guide was published in Brazil, and was featured on the Latin America’s 50 Best Restaurants list with Attimo restaurant in 2013 and 2014. It was then that he left the restaurant to start a new adventure. 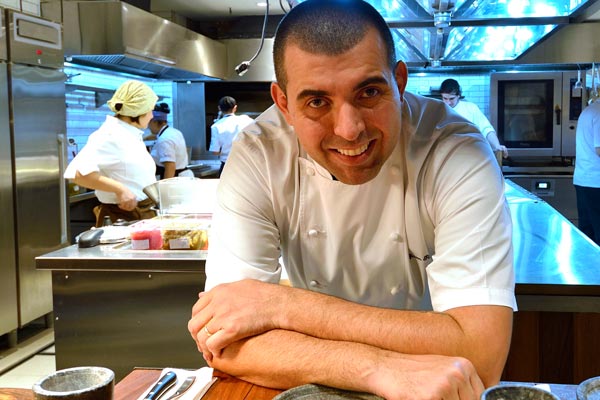 Trained in various restaurants in Brazil and Europe including El Celler de Can Roca, Apicius and Can Fabes, Rueda always wanted to experience other cuisines and improve his skills with a clear mission to use this knowledge to contribute to the development of Brazilian cuisine.

He was a butcher before he was a chef and his earlier profession remains important to him. Constantly in contact with popular cooks, producers, artisans and butchers, his dream was to create a space where fine dining and casual cooking could live in harmony and meat would be the star.

At Attimo, he took the first step towards this concept by creating epic country-chic menus, introducing farm classics and historic Brazilian narratives. He managed to keep the flavours and memories of original dishes, often recipes inherited from grandmothers and farmers’ tables. In 2013, he created the special Butcher’s Menu at Attimo, in which different cuts of beef were presented. This would inspire other chefs to change their approach to meat and tasting menus. 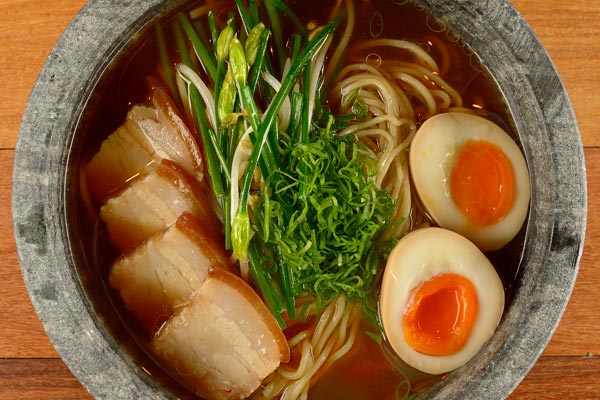 A Casa do Porco's pork ramen

Rueda’s reputation as Brazil’s top pork specialist was validated by the legendary Catalan chef Ferran Adrià, on his last visit to the South American country, who claimed the chef’s work to be “The best hog roast I ever had!”

Rueda opened A Casa do Porco – Portuguese for The Pork House – at a corner house in downtown São Paulo in October 2015. With a butchery area to one side, charcuterie and various pork cuts are prepared to the highest standards on a daily basis. A big window to the street allows people to see the butchers at work, and at another corner there’s a window where customers on the street can buy pulled pork sandwiches and homemade pork scratchings.

A Casa do Porco’s tasting menu offers the chef's unique takes on Brazilian classics and Nikkei dishes, while the desserts are in the hands of one of the best pastry chefs in the country, Saiko Izawa. 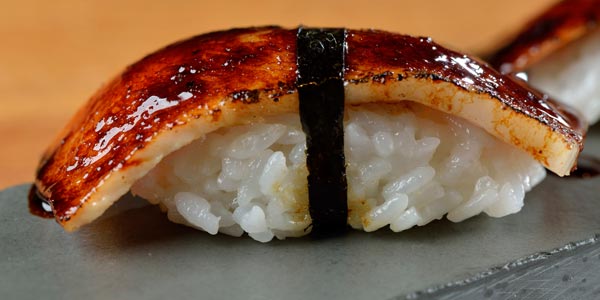 Since its opening, the restaurant has had three-hour queues down the street – a level of success that Rueda puts down to creating a menu and ambiance where everyone feels welcome, from students on a shoestring to millionaires seeking rare champagnes. The chef says diners also appreciate being able to see him and his team at work in the open kitchen.

“I realised that my place is in the kitchen,” says Rueda. “I love the heat and being able to interact with my staff and welcome my guests as if they were visiting me at home. That’s the reason I became a chef and I’ve never felt happier in my life.”

A few weeks after the opening, Rueda created a group of world famous butchers and chefs called United States of Meat, with Renzo Garibaldi, Dario Cecchini, Ariel Argomaniz, and Diego Perez Sosa. He staged an event in São Paulo where all five made a public statement, declaring their love for their profession and encouraging artisan butchers around the world to be proud to work with meat, and promoting sustainable and ethical practices.

The success of A Casa do Porco has inspired many Brazilian and international chefs. It seems that the era of casual fine dining has turned out to be more than just a fashion, and has a real chance of becoming a timeless style of cuisine.

Images: Luciana Bianchi and A Casa do Porco