Dave Pynt, winner of the Chefs’ Choice Award 2017, sponsored by Peroni, at Asia’s 50 Best Restaurants, talks to us about Singapore, barbecue and winning the ultimate peer-voted accolade.

In true humorous Australian style, Dave Pynt’s immediate reaction to winning the Chefs’ Choice Award was “holy f**k!” The bearded chef from Perth, Western Australia, was chosen by his peers from the Asia’s 50 Best Restaurants list and received the award at a ceremony last month in Bangkok.

“It’s one of those moments,” he says. “It’s something I never even thought of, let alone expected. It’s pretty humbling and pretty amazing to be thought of like that in people’s eyes, and especially by my peers.”

As chef-owner of one of the only non-fine dining restaurants and surely the most laidback establishment on the Asia’s 50 Best Restaurants list, Pynt says he never imagined Burnt Ends could do so well. The barbecue restaurant in Singapore centres around its four-tonne, dual cavity, apple and almond wood burning machines and custom-built grills and serves everything from smoked quail egg and caviar to the signature Burnt Ends’ Sanger burger. 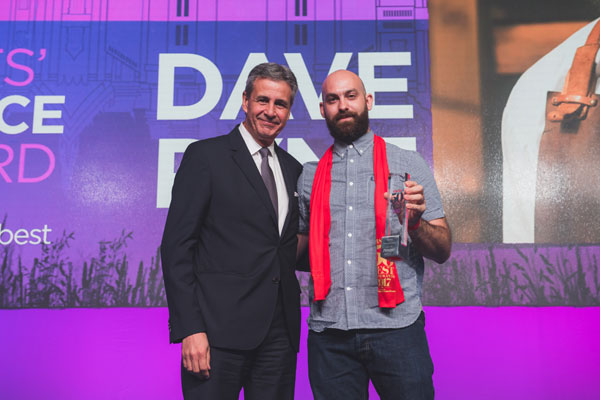 “Burnt Ends is not fine dining and never will be,” he says. “It’s a big point of difference that people can enjoy things in a casual environment and it still feels special.”

Pynt’s restaurant wasn’t the only one in Singapore to taste success at the awards this year. André Chiang, who is also an investor in Burnt Ends, saw his own Restaurant André rise one place to No.2 in the ranking. Odette, the debut restaurant of former Jaan chef Julien Royer, became the highest new entry ever to the list at No.9, little more than a year after opening. 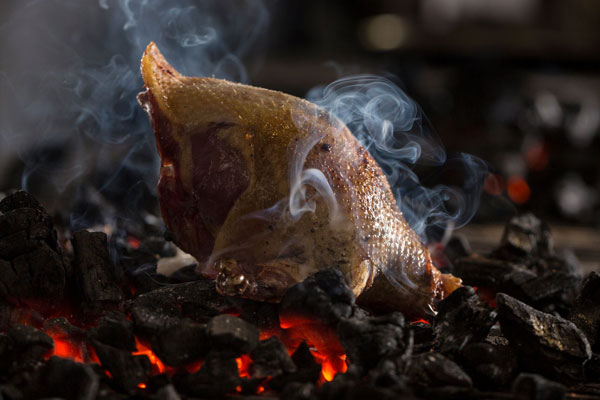 
There is a total of nine Singapore restaurants on the list, including Les Amis (No.16), Waku Ghin (No.20), Corner House (No.23), Tippling Club (No.27), Jaan (No.42) and Shinji by Kanesaka (No.44). According to Pynt, the local dining scene is more vibrant than ever, with the first ever Michelin guide in Singapore conferring 29 restaurants with stars last year, including a street-food stall.

“You name it, there are new restaurants opening left, right and centre,” says Pynt. “Fine dining, despite all its criticism, seems to be making a comeback. We’ve got four or five of the best restaurants in Asia, all fine dining, and then we’ve got some of the best street food in the world.”

Rather than joining the crowd and opening a series of new restaurants, Pynt is fully focused on Burnt Ends for the time being and has just hired a new head chef, Jake Kellie, to help him. “It’s a relatively new restaurant – it’s still not even four years old – so we’re happy to keep working on it, keep modifying and improving. I’m at home in the kitchen, it’s where I’m comfortable and you’ll find it hard to get me out of there!”

Find out if Burnt Ends has made it into The World’s 50 Best Restaurants this year – look out for the 51-100 list on Tuesday 28th March, while the 50 Best list will be revealed at an awards ceremony on Wednesday 5th April in Melbourne, Australia.

Find out what sort of Australian fare chef Pynt eats when he goes back home to Perth.