The chefs of Latin America’s 50 Best Restaurants have united in their fight for change by voting for a cook who is using his voice to help feed Venezuela’s hungry. Meet Carlos García, winner of the Chefs’ Choice Award 2018, sponsored by Estrella Damm.

When Maido first took the top spot in Latin America’s 50 Best Restaurants in 2017, chef Mitsuharu ‘Micha’ Tsumura took the stage and dedicated his award to his friend and fellow chef Carlos García, whose restaurant Alto was struggling with difficulties in crisis-stricken Venezuela. This year, as Maido was voted No.1 for the second year running, it was García who was grateful – as he said winning the Chefs’ Choice Award, voted for by his peers, had made him even happier than Tsumura.

“I’m speechless,” García says. “It’s such a beautiful thing, and I told Micha I’m even happier than him.” 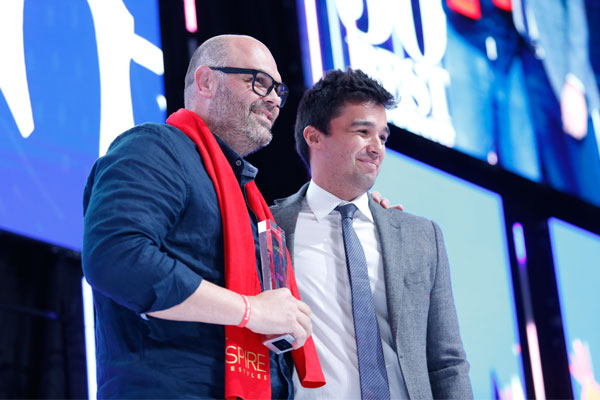 Just over two years ago, when his restaurant Alto in Caracas was riding high in the Latin America’s 50 Best Restaurants list, a food shortage was beginning in the Venezuelan capital. When he realised the crisis had become so bad that patients in the local children’s hospital were going hungry, García and a small group of other chefs and entrepreneurs created Barriga Llena Corazón Contento (Full Belly Happy Heart), a foundation to bring a daily meal of soup to children, doctors and caretakers at the JM de Los Ríos hospital.

Since then, the charity has grown and served more than 200,000 meals of hearty soup. Nine different restaurants, including Alto, still send soup to the hospital, and the programme has expanded to include care homes, schools and other institutions. In the schools where food is served, attendance has increased by 43% as a result of the donations.

“We decided to fundraise to open a place for kids, where we would feed the teachers too,” says García. “We wanted the teachers to have the means to stay in the community kitchens to help the kids in the mornings and evenings, so that they could focus not just on nutrition but also on their education. The more soup we could get to the school, the more attendance went up. That motivated us to carry on. It’s just a shame we can’t do more to help.”

While Venezuelans have struggled under the weight of the food shortages and political unrest, so too has Alto suffered. The fine dining restaurant is no longer an option for everyone, but it remains open, with a menu adjusted to the ingredients available and still true to its roots in Venezuelan cuisine.

“We’ve had to adapt ourselves to a different reality, to find new ways to work,” says García. “But we’re always faithful to our principle of Venezuelan cuisine, working with local flavours and traditions and above all with local producers. There’s an urban farm just five minutes from the restaurant and we work with them a lot. We now have a lamb farmer nearby too.” 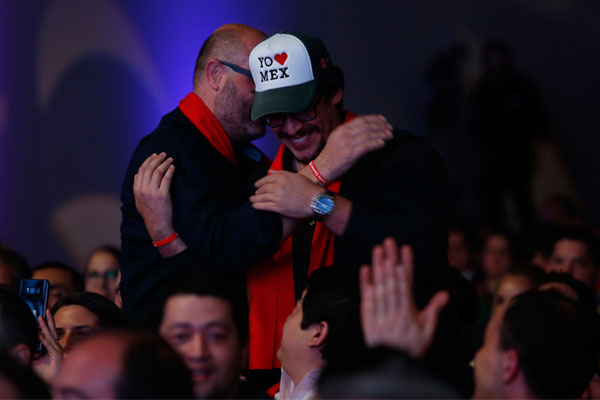 But García no longer bases himself in Caracas, where he says the crisis has only worsened. Like many Venezuelans with the means to do so, he has moved his family to Miami, and opened a new restaurant, Obra Kitchen, where he serves simple, Venezuelan and Latin America-influenced food in a bright and relaxed setting.

“I spend a month or so in Miami, then 15 to 20 days in Caracas,” García says. “We keep working at Alto, fighting every day, giving it our all so that we never lose our vision of excellence.”

While he contributes to Barriga Llena Corazón Contento through both his restaurants, since 2017 García has also been part of Recipes for Change, a foundation that was born out of Hurricane Irma. When the storm destroyed a farm that his restaurants worked with, García joined forces with the owners, environmentalist Camila Basmagi and chef Santiago Gomez, organising a party to raise funds to help with the recovery efforts.

Inspired by Massimo Bottura’s Food for Soul foundation, Recipes for Change now holds a monthly lunch for the homeless, feeding up to 300 people at a time. Chefs such as Renzo Garibaldi from Osso in Lima are involved with the project, and García wants more to step forward.

The Venezuelan chef, who worked at El Bulli, El Celler de Can Roca and Mugaritz before returning to Caracas to open Alto, says he has always felt the need to help wherever possible. Many years ago, he created a calendar called Recetas para la sonrisa (Recipes for a smile), where chefs such as Elena Arzak contribute a recipe per month, with funds going to children in need.

García – whose popularity in the restaurant world is evident in the fact that his peers voted him for the Chefs’ Choice Award, sponsored by Estrella Damm – is grateful he has friends around the world who can help him champion his causes beyond Caracas and Miami.

“They can help by cooking dinners, spreading the word about what’s happening,” he says. Then, glimpsing his trophy and looking around the room after the Latin America’s 50 Best Restaurants awards ceremony, he says: “The most beautiful thing about all this is that you can pick up the phone to any of these chefs, and you know they’ll never say no.”