It took him 25 years of hard graft in often-aggressive, testosterone-filled environments before he reached the very top, but Daniel Humm, chef-owner of Eleven Madison Park, The World’s Best Restaurant 2017, says the modern kitchen is a much more collaborative place than when he started out – and he’s mellowed in the process too.

Speaking alongside co-owner Will Guidara and fellow 50 Best chefs Gaggan Anand of Gaggan, Grant Achatz of Alinea and Jordi Roca of El Celler de Can Roca, Swiss-born Humm reflected on his tough beginnings in European kitchens and the way chefs have learned to be less aggressive and to nurture future generations. The panelists were part of a live #50BestTalks show, sponsored by S.Pellegrino & Acqua Panna, held at Margaret Court Arena in Melbourne.

If there's one thing the restaurant industry is notorious for, it’s the hardline, top-down approach of the chefs that lead its kitchens. So it says a lot about the current culinary climate that some of the globe’s most decorated restaurateurs are extolling the virtues of a more inclusive approach.

“In kitchens in Europe it was motivation by fear," said Daniel Humm, speaking to a live audience of almost 2,000 food lovers in Melbourne. “Even if you worked your way up to chef de cuisine, you still had no influence on the menu. You were just there to execute. People believe much more in collaboration now.” 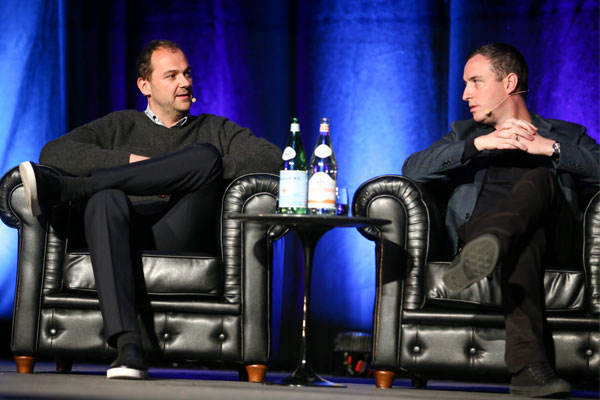 Daniel Humm with Will Guidara at #50BestTalks in Melbourne


The idea of a new gastronomic world order was echoed by fellow chefs Grant Achatz and Gaggan Anand. Cultivating an environment that encourages and develops young chefs is slowly becoming an industry standard, according to Anand. “We chefs have the responsibility to bring in talent, promote them, give them confidence and nourish them,” said the Bangkok-based cook. As a result, he says the workplace has changed radically, with kitchens becoming “much happier places”.

Achatz spoke of his time rising up through the ranks of venerated restaurants such as Charlie Trotter’s in Chicago and The French Laundry in California, and how it was once customary for chefs to “distance” themselves from the rigid training grounds where they earned their stripes. But with a collaborative mentality becoming the industry norm, perhaps it will no longer be necessary for chefs to turn their backs on their formative years. "The idea of mentoring has changed dramatically,” he said. “Now we talk about creating an environment that is conducive to growth."

Indeed, mentorship has been key to the success of Mark Moriarty, the San Pellegrino Young Chef 2015 competition winner, who attended #50BestTalks as a special guest and posed a question from the audience. While Moriarty commented on the tough but rewarding training atmosphere with his mentor Clare Smyth, he said that Achatz, a judge on the Young Chef panel, had also been a great influence. Achatz returned the favour, calling Moriarty's signature celeriac dish "genuinely stand-out".

The evolution in the kitchen is mutually beneficial, according to Humm, who credited the increasingly democratic approach of seasoned chefs with reinvigorating the dining landscape. “In the last 10 years, cuisine has evolved in such a dramatic way and that’s because chefs have changed the way they create. They started to realise there’s 30 or 40 other chefs with them who have their own experiences, techniques and ideas.” He added that while head chefs are “still very much part of the creative process”, increasingly they are taking on the role of editors, curating and finessing the ideas of their colleagues. 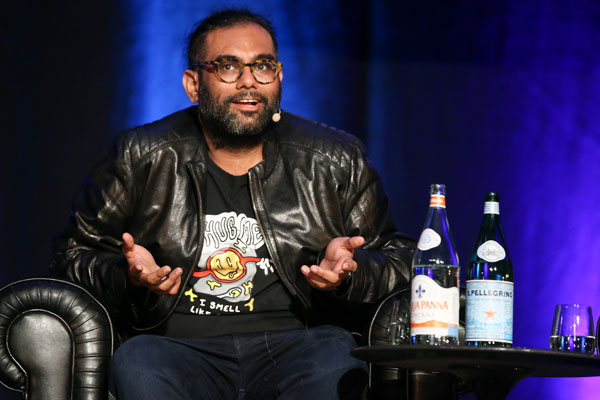 
As part of this shift, Gaggan says these new “editors” are learning to leave their egos at the door. “You see this 20-year-old kid who says “Chef, I think this could be better,” and at some point he’s right. We can’t be egotistic and we can’t be an idea killer.” Gaggan himself has invested in a series of new restaurants in Bangkok with young chefs who previously worked with him, including the Sühring brothers and his own head chef, Rydo Anton.

Tearing down the hierarchy is just one chapter in the new rulebook, says Humm, who believes the mark of a boundary-pushing restaurant is one that lets its individuals express themselves. “In the beginning, you have to build a lot of rules to get there in the dining room and also in food. [But] over time, as you get more confident in your team you can loosen some of those rules and rely on individuals, and it’s actually better because it feels less forced.”

Achatz agrees. “You realise you have to take a step back before you can step forward,” he said. “You have to learn to trust the team and understand quickly that under no circumstances can you do it alone. I have 74 employees at Alinea and it takes every one of them to do what we do.” 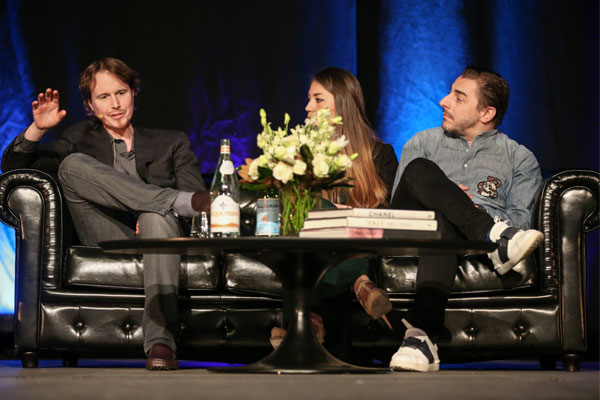 
Much of Eleven Madison Park’s story has been about breaking down the walls between kitchen and dining room, creating a place where the menu is completely intertwined with the dining experience. Humm and Guidara, who take all the key strategic decisions in the restaurant together, have earned a place at No.1 in The World’s 50 Best Restaurants, evidence in itself that this new spirit of collaboration is paying handsome dividends.