Chef Jungsik Yim on the explosion of Korean cuisine

In the last few years, Korean food has exploded onto the global scene, with kimchi now enjoyed around the world and the country’s cuisine more popular than ever.

Chef Jungsik Yim, who is credited with pioneering New Korean cuisine, talks to us ahead of the KoreaNYC Dinners series, presented in association with gourmet magazine La Main. He’ll be cooking at a special collaboration dinner in New York with fellow Seoul-based chefs Mingoo Kang, Jinmo Jang, Hyunseok Choi and Tony Yoo.

Why do you think Korean food is so popular right now?

It’s a case of Korea in general being popular right now. People just didn’t know much about Korea or Korean food before. Korean music, drama, sports, culture… it’s all become far more widely known over the past few years, and with this of course has come the growing popularity of Korean cuisine. Korean food is unique; different from other countries in Asia. People can’t help but be interested.

You're credited for bringing New Korean cuisine, or New Hansik, to your home country. How would you describe this style of cuisine to a foreigner?

The basic idea of New Hansik is redeveloping, refining, retouching, reinventing traditional Korean food. There are no limitations, but that is the basic concept.

What new and exciting trends are happening in Korean dining at the moment?

Actually, New Hansik is exploding at the moment. Seven years ago, when I started Jungsik, there were no New Korean cuisine restaurants. But three New Korean fine-dining restaurants have opened in Seoul already this year, and another three are set to open by the end of the year.

You branched out from Seoul by opening a Jungsik restaurant in New York in 2011. How was it received initially?

It was difficult, because there was really very little context or background. People knew so little about Korean food outside of Korean barbecue. The restaurant was not very popular when it first opened. It’s still far from being the most packed out restaurant in New York! But it has a steady following, particularly since it received first one, and then two Michelin stars.

How did you adapt your menu in New York for locals to understand it?

I actually haven’t adapted the menu much at all, apart from to just better utilise what is available locally. The menus in the Korean and the NY restaurants are largely the same.

Do you think New Yorkers’ understanding of Korean food has changed since then? 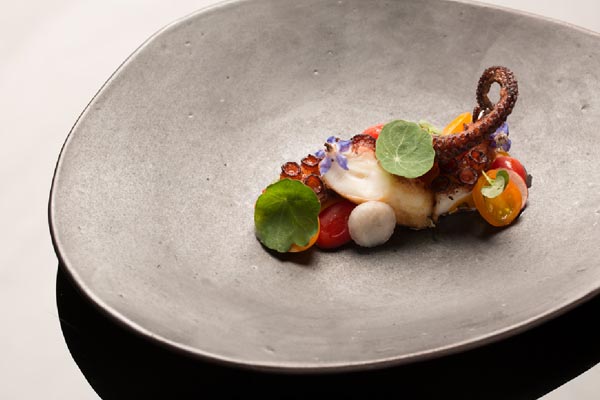 Describe your own cuisine in three words...

What is your signature dish?

The braised and charred octopus. It’s a firm customer favourite.

You entered the Asia’s 50 Best Restaurants list in 2014 at No.20, you’ve been awarded two Michelin stars in New York and you are now probably the most famous Korean chef internationally. Do you consider yourself an ambassador for Korean food? If so, what message do you want to get across?

What’s next for Jungsik – do you have any plans to open anywhere else?

My next project is to explore North Korean cuisine. It’s a type of cuisine that’s still almost wholly unknown outside of North Korea. Food in the North is much blander than in the South. Through necessity, North Cuisine contains much less salt, fewer spices, and far less meat. When you first taste it, you’re likely to feel that it doesn’t taste like much at all. But it’s addictive. The more you eat it, the more you’re able to appreciate its unique flavours and appeal.

I don’t plan to explore North Korean cuisine in the same way that I did New Hansik, however. I want to stay faithful to traditional concepts and recipes.

Find out how you can join Jungsik and at our special #50BestTalks event on Sunday 12th June.