Clare Smyth on Core turning two, finding her identity as a chef and keeping calm in the kitchen

Look back at Core by Clare Smyth’s journey as the restaurant enters its third year, “the big one” according to the chef herself

When Core by Clare Smyth opened in west London on 1st August 2017, it is fair to say expectations were high. The first solo project by Northern Irish cook Smyth – Gordon Ramsay’s right hand chef of eight years and the first and only female chef in the UK to have held three Michelin stars – the restaurant was fully booked from the day it opened. However, she looks back on the opening night with memories of ‘chaos’.

“We had been very delayed in our building works, so we didn’t manage to get proper training in,” says Smyth. “On the first night, the sommelier fell down the stairs and smashed all the plates into the glass window, and I remember turning around and just being like, well…that helps! When you look back on it, it’s quite funny, but at the time, it wasn’t.”

The chef is looking back on the restaurant’s successful fledgling period as Core celebrates its second birthday, crowning two years of achievements. Among others, these include Smyth being voted The World’s Best Female Chef 2018, the restaurant debuting at No.66 in The World’s 50 Best Restaurants 2019, as well as two Michelin stars and a string of accolades from critics and guests the world over. For Smyth, it is an endorsement of the hard work that she and her team have put in since that first, fateful day.

“I didn’t have a huge budget to open,” says Smyth. “It was all about our blood, sweat and tears, and the faith that the guests had in the team and in our abilities. We just knuckled down and let that speak for itself. I remember Alain Ducasse – a great mentor of mine – coming in and asking for a sauce spoon, and we didn’t have them. Not because I didn’t know, but because we couldn’t afford them. But people didn’t care that we didn’t open up with a £10 million budget, and that’s a really lovely thing.” 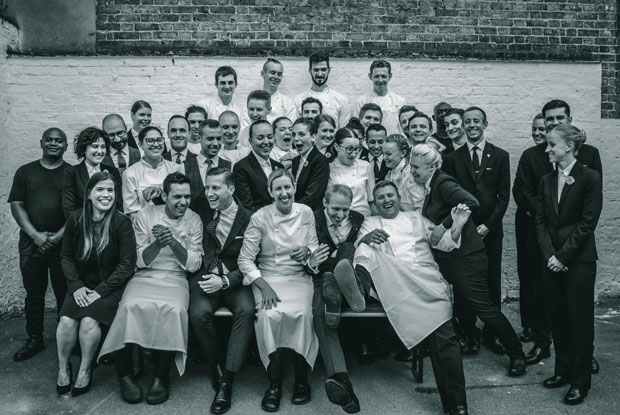 Two years on and Smyth is more confident than ever. She says that the DNA and personality of a restaurant are built at the beginning, during the ‘teething period’, and she is proud of the way her team has come together. Over half the staff that opened with her are still working at the restaurant, although from a launch brigade of 32, she now leads a team of 45 at the 54-seat restaurant. She makes the point that loyalty and commitment are paramount for her, because “it takes a long time working together to build something great”.

It has a been a steep learning curve on a personal level, too. “I have definitely grown,” she says. “With all the stuff that we went through around opening, keeping my cool was quite a big thing – realising that if I didn’t, it wasn’t going to benefit anyone. You literally lead your team into battle the first week, so it’s important to have that calm approach and to communicate with them. I’ve learnt a lot and I’ve got thicker skin now, that’s for sure.”

Despite working in top-level restaurants for nearly 20 years before founding Core, opening her first solo site was a big step for Smyth. “For the first time, I was really putting my neck on the line and investing my own money – it was a big deal,” she says. “To step out of a three-Michelin-starred restaurant and to take the risk of starting from the bottom was a big step. Of course, we made lots of mistakes – it's part and parcel of getting better. Learning from your mistakes is how you grow, and if you're not making mistakes, then you're probably not trying hard enough.”

The restaurant has seen continual evolution – including a new cellar, a bakery, new sections in the kitchen, changes in the restaurant furniture and much more – but for the chef, its spirit has remained the same. “Core was very much a question to me about who I was, where I come from, who I am as a chef and what that really means to me,” says Smyth. “I was trained in classical French cuisine, but I’m British, so I took the things that meant something to me and that said something about my culture as a British chef.

“Sense of humour and approachability are still number one for us. The most important thing is the enjoyability factor, making sure that when the guests leave the restaurant, they feel like they've had a good time. We want to share our passion, engage with everyone and get them excited about food.” 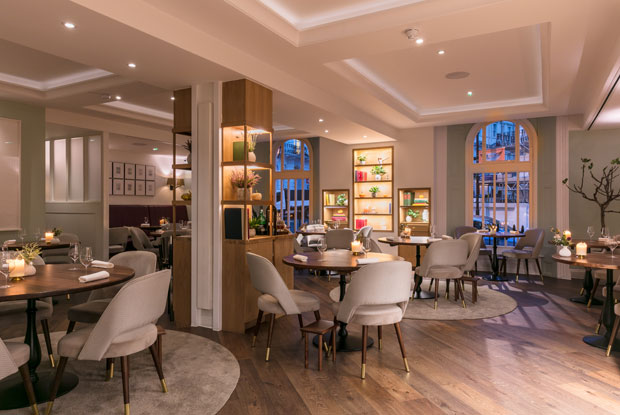 Inside Core by Clare Smyth

Smyth’s plan has worked. She says that some of her most devoted guests have visited the restaurant over 50 times and her favourite memories revolve around long-time customers choosing Core to celebrate marquee occasions such as birthdays and even remission from cancer. Those 50 visits become all the more impressive when you factor in that Core is only open for eight services a week. During the two services when the restaurant is closed, Smyth runs a training programme that she calls Core Academy, where the team comes together to learn about recipes and chefs, to visit farms or to participate in competitions.

But with such a loyal clientele, Smyth realised that she had to update her offer. Around 18 months in, a seasonal ever-changing tasting menu was introduced to complement the ‘Classics’ tasting menu and the à la carte. The chef is currently working on a new dish, a version of a British watercress sandwich. “We listened to our customers and they pushed us to go into new directions,” she says. “Although there are certain dishes, such as the potato and roe and the ‘lamb carrot’, that people just love and that have become a bit of a cult classic.”

Still the chef’s favourite dish, potato and roe perfectly represents everything that Core stands for. “All my years working at Restaurant Gordon Ramsay, I would always eat a potato with salt and pepper at the beginning of service as a snack. Jonny, who is the head chef at Core and was my sous chef then, said to me one day: ‘Chef, we’re going to have to do a potato dish when we open Core, because you eat a potato every day’. And so we did,” recalls Smyth. 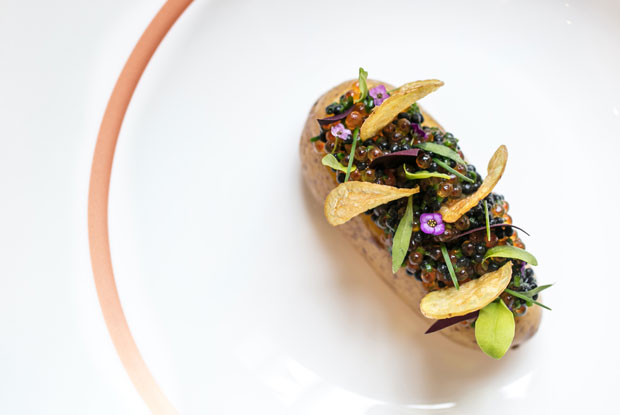 Taking inspiration from her family’s potato farm in Northern Ireland, whose tubers inherit a unique minerality from the vicinity to the ocean, the recipe for potato and roe sees the humble ingredient cooked in seaweed to preserve this character. The potato is served with smoked herring and trout roe, which the chef says “gives more texture and depth” than caviar. The dish is finished off with salt and vinegar potato crisps – her favourite snack.

According to Smyth, this is a pivotal moment for Core. “I always thought that year three would be the big one for us. It takes a couple of years to cement the DNA, the systems and the team, and we are really going to start to push now,” she says. Among her plans, she wants to build a sustainable development kitchen in Core’s backyard and reinvest as much as possible to keep upgrading and evolving the restaurant.

“We started out with a blank sheet. We went from nothing to creating this personality and ethos, and two years on, the restaurant is a living, breathing thing with its own identity. Now we can take it even further."

Watch the video with Smyth when she was named The World’s Best Female Chef 2018:

Learn how to make Smyth's 'lamb carrot' from her live demonstration at #50BestTalks in San Sebastian: