When we made the call to elevate all previous No.1s to a restaurant hall of fame known as Best of the Best, the goal was to make room for a wider, more diverse selection of establishments. This year’s list boasts more new entries than ever before, with restaurants from Buenos Aires to Bangkok, a better gender balance and not one but two sets of identical twin chefs. Meet this year’s new intake and get the lowdown on the fresh faces in the world’s most respected restaurant listing. 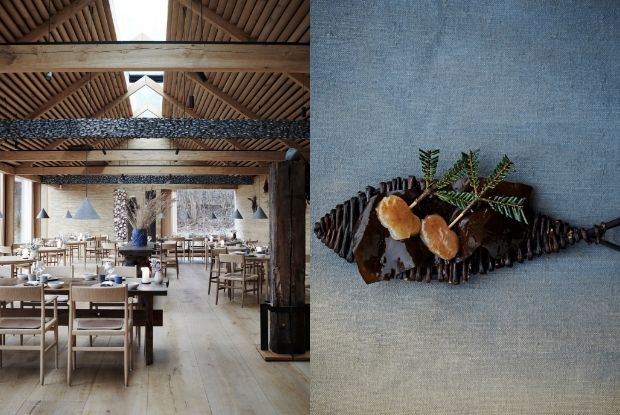 Hang on a minute: Noma isn’t new, you say? Well, that’s because this isn’t the Noma you knew. The original incarnation was voted The World’s Best Restaurant four times between 2010 to 2014, and has thus ascended to the Best of The Best hall of fame. René Redzepi, the chef who put Nordic cuisine on the global gastronomic map, shuttered its first manifestation and opened a new Noma in another (even cooler) part of Copenhagen. But Noma 2.0 is not just a revamp – it’s the result of a five-year project that involved building a new site and an experimental farm.

Pick a season: Noma operates three different menus depending on the time of year – there’s seafood from January to June, vegetables from June to September and game and forest produce from October to December.

How to get in: Noma’s tables famously sell out within hours of going on sale at the beginning of each season. To be in with the best chance, sign up to the newsletter for alerts on seat sales. There’s also a special discount price for students. 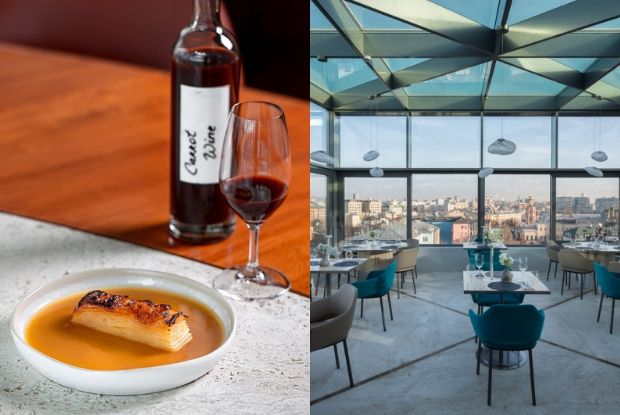 Identical twins Ivan and Sergey Berezutskiy weren’t content with reaching No.75 in the extended 50 Best list with their previous restaurant, Twins. They had a bigger dream to control the entire process from food production to the plate, so they closed Twins and built a farm outside Moscow that now supplies 70% of their ingredients. The new, zero-waste restaurant also has a laboratory where the brothers spend at least two hours every day, crafting new dishes and working on ideas.

What to order: Call in advance to book the vegetable tasting menu, which is served at the chefs’ table and paired with rhubarb rosé, parsnip wine and beetroot beer. All proceeds from the chefs’ table go to the Twins Fund, which supports children and animals in need, as well as helping to restore orthodox churches. 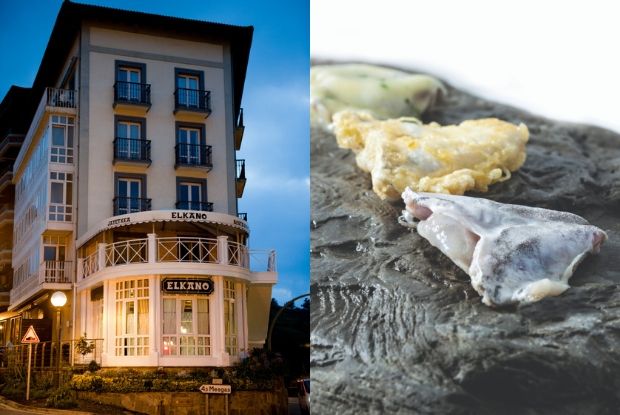 Considered by many as Spain’s finest fish restaurant, Elkano is an entirely unpretentious family affair that began in 1964 with Pedro Arregi, and later his wife Maria Jose Artano. Their son Aitor Arregi now continues the legacy by manning the grill, searing the freshest catches from the Bay of Biscay, such as the signature whole turbot. 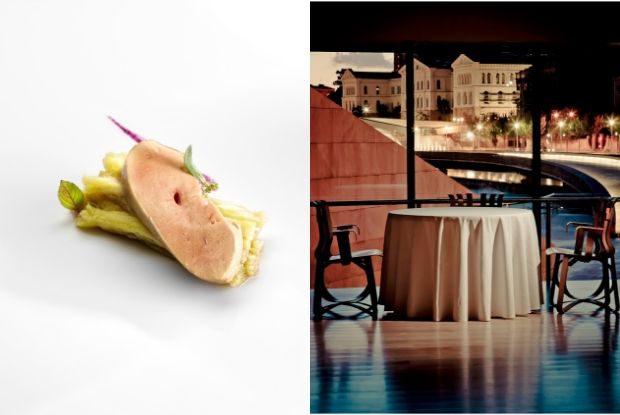 Located inside the iconic Guggenheim Museum Bilbao, Nerua is another jewel of the Spanish Basque Country that’s come to prominence in this year’s list. Chef Josean Alija’s vegetable- and seafood-focused menu of dishes such as smoked eel ravioli is complemented by region-driven wines curated by the brilliant sommelier, Ismael Álvarez. Charming maître d’ Stefania Giordano completes the experience.

How to order: There are four tasting menu options: either five, nine, 14 or 18 courses, with each dish highlighting different local produce, such as fried hake with txoricero peppers, or the famously rare Basque teardrop peas – the caviar of the vegetable world. 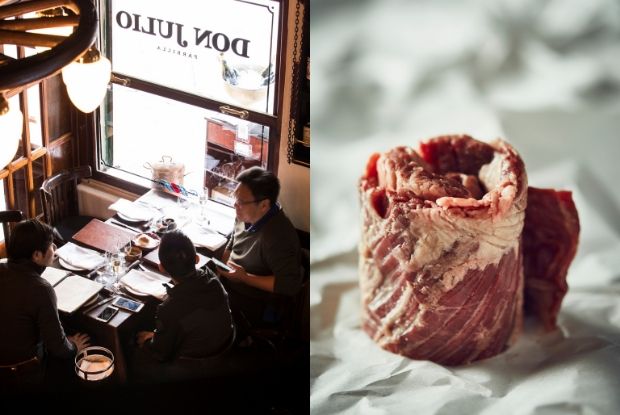 In a country where traditional grills, or parrillas, are found on every corner, it takes a lot to stand out as ‘the best’. But through a combination of above-and-beyond hospitality from owner Pablo Rivero, exceptional wines and a sustainable approach to produce, Don Julio is consistently considered one of the finest spots in Buenos Aires – and now the world – for serious steak.

Heard about the beef? At Don Julio, all produce comes from grass-fed Aberdeen Angus and Hereford cattle, raised in the countryside outside Buenos Aires. It is stored in a climate-controlled refrigerator for at least 21 days to reach maturity, before being cooked by grillmaster Pepe Sotelo. 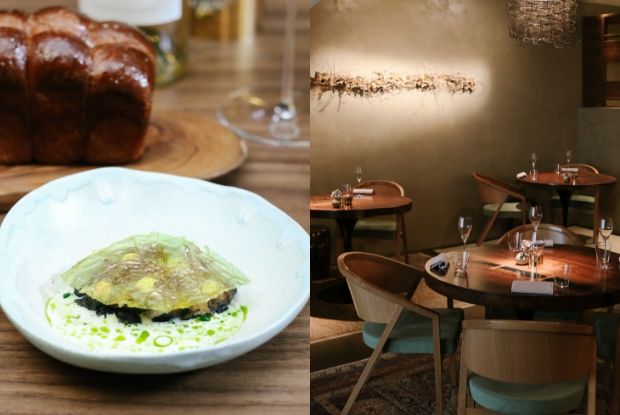 Led by the concept of ‘Poetic Culinaria’, Dominique Crenn’s 16-course tasting menu takes diners on a journey of emotion-evoking dishes such as spiny lobster and its essence, and geoduck tart with oyster and rosé. Everything here is perfectly balanced, elegant and artful, and the warm dining room provides a serene escape from the city of San Francisco.

About the chef: Originally from Versailles, Crenn moved to San Francisco in 1988 and fell in love with its diversity and creativity. In 2016 she was voted The World’s Best Female Chef and in 2018 she earned the coveted three Michelin stars for Atelier Crenn.

No.39 A Casa do Porco
São Paulo, Brazil 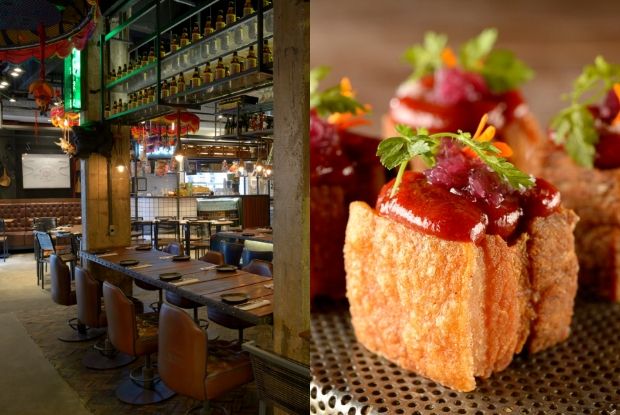 A true homage to the hog, A Casa do Porco serves pork in all its forms at this laidback, quirky and fun restaurant in downtown Sāo Paulo city. Chef Jefferson Rueda’s kitchen centres around a whole-roasted hog pit, from which he creates dishes such as the signature Porco San Zé, a spread of crispy pork belly, beans, cabbage and banana. Rueda’s wife, Janaina, provides some of the recipes, such as a version of the traditional Brazilian stew, feijoada.

Nose to tail: Rueda makes sure to use every part of his pigs, which are reared on a natural diet of whey and vegetables on a farm in his hometown of Sāo José do Rio Pardo in Sāo Paulo state.

No.41 The Chairman
Hong Kong, China 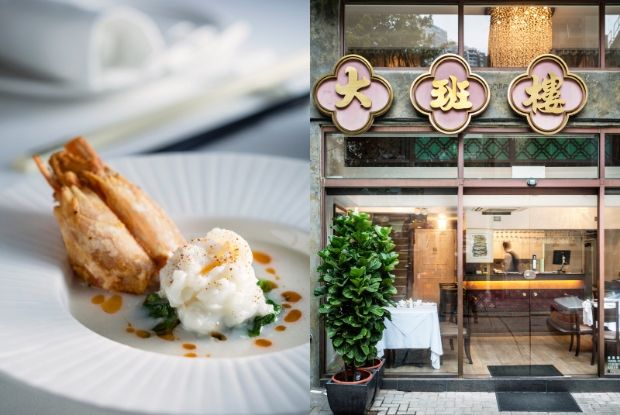 Set in a non-descript two-floor townhouse in Hong Kong’s Central district, The Chairman is the platform for Chef Kwok Keung Tung’s seasonal, ingredient-driven Cantonese cuisine. Along with owner Danny Yip, Tung designs a bespoke tasting menu based on the time of year and each customer’s past dining experiences. First-timers might try the signature steamed flower crab, while those who have already eaten the dish could get the steamed grouper head with fermented chilli and Chinese pickled olives.

Locavore approach: The Chairman’s chickens and pigs are sourced locally from the New Territories, while seafood comes from fishermen in the South China Sea and veg comes from a small organic farm in Sheung Shui. 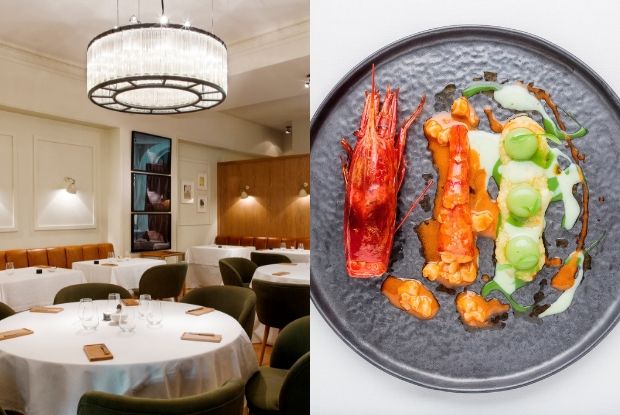 Portugal’s most well-known chef, José Avillez, is at the helm of the charming Belcanto, an intimate and elegant salon for just 28 diners in Lisbon’s downtown Chiado district. Avillez takes diners on a journey through time, from Chiado’s romantic past to the future, with dishes such as Algarve scarlet shrimp two ways, and sea bass with smoked avocado.

Historical significance: Belcanto first opened in 1958 in Sāo Carlos Square, next to the Sāo Carlos National Theatre and the house where the legendary Portuguese poet Fernando Pessoa was born. Avillez took over the running in 2012, completely refurbishing the restaurant. 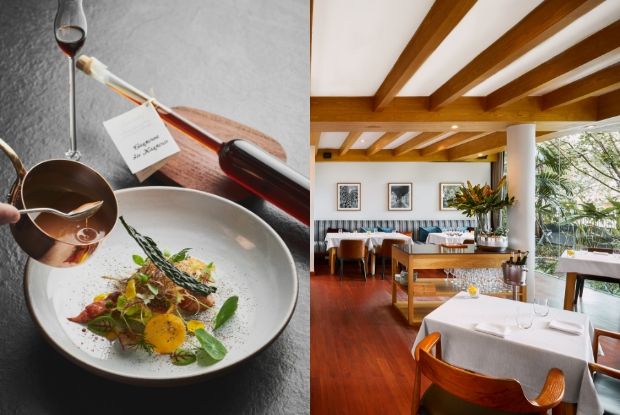 Making its debut onto the Asia’s 50 Best Restaurants list at No.13 in 2017 and quickly rising to the top four, Sühring has made a big splash in Bangkok since opening in 2016. It’s all about identical twins Thomas and Mathias Sühring’s ability to turn basic German classics into sophisticated fine-dining plates. Think Frankfurter Grüne Soße with smoked eel or Käse Spätzle, a type of pasta from Southern Germany.

The setting: Entering Sühring is like stepping into a beautiful home, with its glass house overlooking a tropical garden in a tranquil neighbourhood of central Bangkok. Some of the tables overlook the open kitchen, where the brothers take turns to operate different sections of the kitchen. 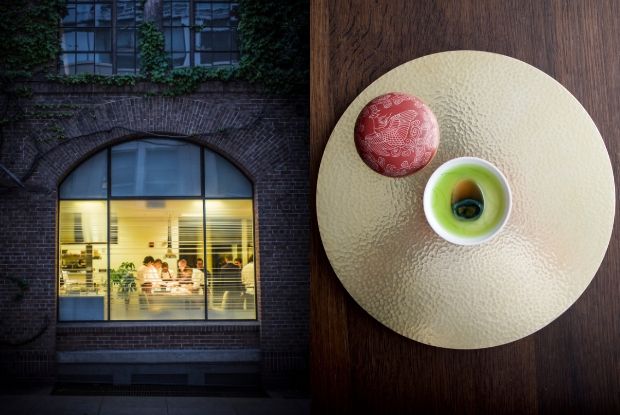 Korea-born Corey Lee opened Benu in 2010 after working as head chef at former World’s Best Restaurant The French Laundry. His debut restaurant celebrates seasonality through a multi-course tasting menu whose dishes might include thousand-year-old quail’s egg with potage and preserved ginger. Wine director Yoon Ha curates pairings including exquisite selections from Californian wine country, Europe and beyond, as well as artisan beers and premium sakes.

What’s in a name: Benu comes from the Egyptian word for Phoenix, representing rebirth or new beginning. 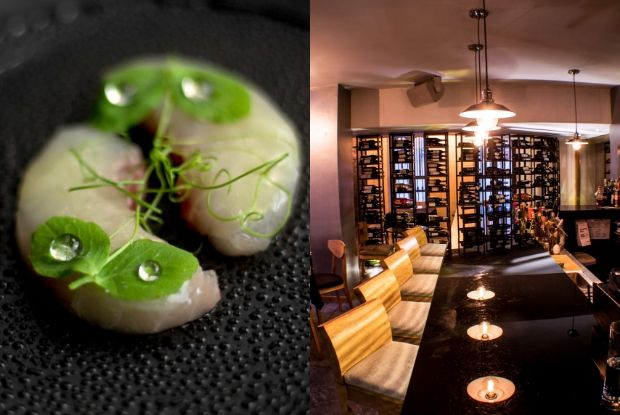 There are also three re-entries to this year’s list: Hof Van Cleve in Kruishoutem, Belgium; De Librije in Zwolle, Netherlands; and Frantzén in Stockholm, Sweden.

Now recap the whole list from No.50 to No.1 in the video: