Cosme’s rising star chef Daniela Soto-Innes on entering the 50 Best, her mentor Enrique Olvera and plans for a new restaurant

Header images: portrait of Daniela and beets by Fiamma Piacentini

Daniela Soto-Innes has had quite a year, first winning the James Beard Rising Star Chef of the Year Award, then seeing her restaurant Cosme enter The World’s 50 Best at No.96 and celebrating with her idol Massimo Bottura. It's hard to believe the chef de cuisine is only 25 years old.

We caught up with her in New York to talk about Cosme’s success, plans for a new restaurant, and her mentor, Enrique Olvera, chef-owner of Cosme and Pujol in Mexico City.

I never expected to get a James Beard award at 25. Since that and the 50 Best, the restaurant has been packed. I still can’t believe it.

The next challenge is opening Atla, a smaller, more laidback restaurant in NoHo. We’re opening in a few locations in Manhattan. It’s kind of like a Mexican diner.

Enrique Olvera is honestly the best person I’ve ever worked with. He’s nice to everyone. Of course he has to be tough sometimes but the most important thing to me if you work with someone is to be able to speak to them as a friend.

I wake up with a lot of energy. I’ve always been that way – I really hope it never runs out. At about 10pm I’m dying but if cooks look at you and think you have zero energy, they’re going to be the same. It’s psychological.

So thankful to have the team we have in Cosme and the best mentor, gracias Jirafa for making us so happy and energetic😊😊😊😊 #anniversary #cosmenyc

Cosme is like the bad little brother of Pujol. It’s bigger and louder. Enrique is often asked which is the favourite of his three ‘children’ [Pujol, Cosme and Eno] but of course he can’t choose – they’re all different.

In the beginning we struggled so much because we didn’t know anyone in New York. It was challenging to open a restaurant without any help but I think that’s why we were successful.

Our kitchen is 50-50 men and women. We have people from Venezuela, Mexico, Colombia, Philippines, Boston, Michigan... one Japanese-American. I make all the English-speaking cooks speak Spanish. They learn super-fast.

I went from being a sous chef in Texas to making mini meringues all day at Pujol. It’s all about doing what you’re tasked to do and doing it right and doing it faster and better than everyone else. If you do that, people will notice.

We listen to music during prep because when you’re prepping a mole or a salsa, it’s important to be happy or the food won’t be delicious. It’s a Latin American thing.

My Dad and I used to play basketball and I was so tiny I would scream “Dad, I’m a girl!” He would say “Don’t ever judge yourself because of your gender. Be tough.” That helped.

Cosme represents a new state of Mexico. Oaxaca, Mexico City, the North – they all have different dishes because they use whatever they have. In Mexico, we don’t use rhubarb, but we have it here in New York so we can use the techniques of Mexico with the incredible ingredients we have here.

Sometimes I look at this place and I can’t believe it because it used to be a strip club. I nearly freaked out when they first showed it to me because I thought I was going to be the chef at a strip club. We kept the sign that says ‘Gentlemen’s Club’ and the happy spirit remains too.

When people ask me "so, how does it feel to be a woman with a chef's position??" ..This will never leave my mind/heart: "I like to think about people because of talent, not because of gender, I don't think gender should be a subject or part of a conversation.... Good cooks should get the chef's position"✌🏻️✊🏻- my mentor, my friend:Enrique Olvera

I lived in Texas for 10 years so a lot of the ingredients I use aren’t Mexican or from New York. I’ll use hot sauce from Louisiana or do a soft-shell crab the way I learned in Texas but using Mexican ingredients. I sneak in some of the techniques without Enrique noticing.

A lot of different chefs have been able to travel and show people real Mexican food. Restaurants are accepting the fact that they don’t want to do the whole fine dining French experience. We’re more accepting of our roots now. Alex Stupak opened the door for this type of Mexican food in New York and we’re so thankful for that.

I love Massimo [Bottura] so much. I met him in Modena when I was having dinner with Enrique. He’s been to Cosme about 15 times but he never tells anyone he’s here. He just comes in, gets an uni tostada and leaves.

I honestly thought being a head chef would be harder than this. I’ve been a sous chef before but this is my first time as head chef of a restaurant. I guess sous chefs work just as hard, and of course it’s a team effort – without the team, you’re nothing.

We have one lady who presses about 4,000 tortillas by hand every night – it's crazy.

Enrique taught me everything is possible. He taught me to see everything positively, even when negative things happen. And also just to have fun while I'm working. 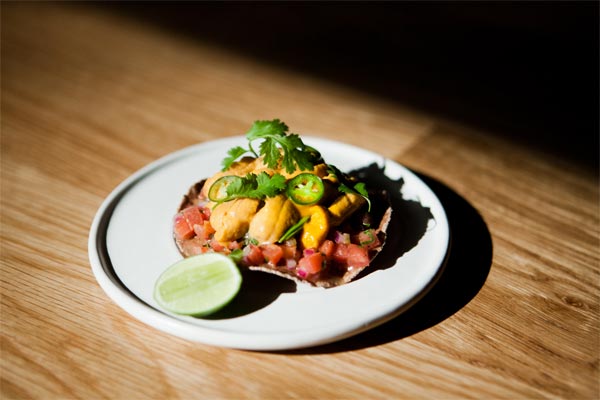 Massimo Bottura is a fan of Cosme's uni tostadas

I’m obsessed with this restaurant called Lilia. It’s a new Italian restaurant in Williamsburg, where I live. Missy Robbins is a woman chef who makes incredible pastas.

Llama Inn is a really cool Peruvian restaurant. They have sommelier nights for $30 a bottle; it’s good wine and it brings people together.

My friend John Daley has a little restaurant called Sushi Ko. The bad thing is he opens whenever he wants, but he’s so talented. It’s crazy how no one knows about him but I don’t think he cares – he just wants to do sushi and go home. 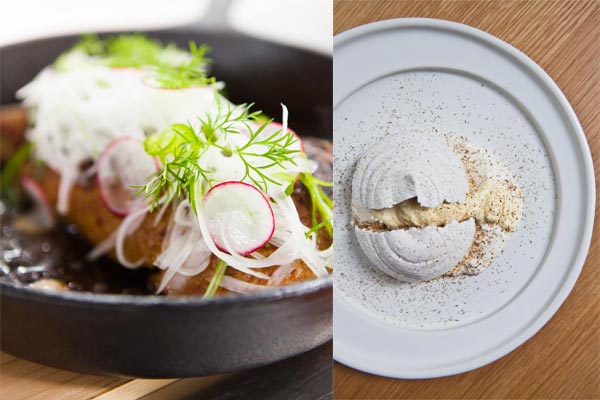