In the first episode of the four-part mini-documentary, 50 Best Explores Peru, Cosme chef Daniela Soto-Innes joins Peruvian chefs José del Castillo and Francesca Ferreyros to learn about the challenges of sustainable fishing in the land of ceviche.

It’s a warm day in late September and chef Daniela Soto-Innes is wading barefoot through thick mud, treading carefully around a spider’s web of mangrove roots as if she’s trying to negotiate laser beam sensors in a bank heist. This complicated obstacle course is just a fraction of what it takes to extract one of Peru’s most beloved food commodities, the black clam, or concha negra.

Widely available in the gastronomic capital of Lima in the winter months of May through November, the black clam is a delicacy found in the northern Peruvian coastal port of Tumbes, which supplies around 70% of the country’s fish. Considered cheap at less than one sol (three US cents) apiece, relative to five sols for a single sea urchin, the striking black shells are one of the hardest-to-extract seafood varieties in the world, only found in Peru and Ecuador. And yet a combination of their popularity and general ignorance means they are dangerously overfished and undervalued. 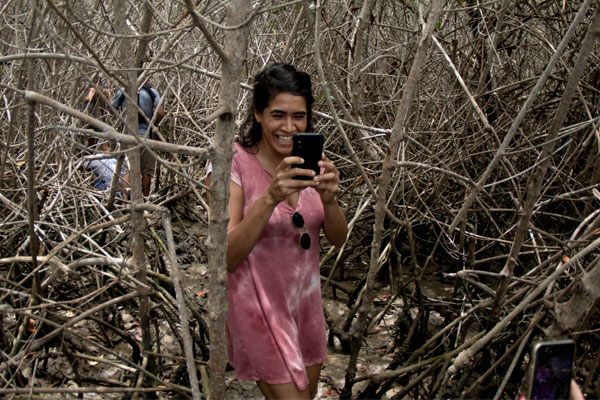 Soto-Innes in the mangroves

“The product is so unique that you have to go into the middle of the jungle to get one clam,” says Soto-Innes, who has travelled to Tumbes as part of the 50 Best Explores Peru series, in partnership with PromPeru. “It’s just insane. We eat about 20 clams at a time without realising they’re harder to get than a sea urchin.”

While production is limited – the government bans the harvesting of black clams at certain points of the year to protect their reproductive process – the shells are considered among the tastiest seafood varieties in Peru, with a muddy, mineral flavour combined with a strong taste of the ocean, despite coming from the mangroves. Instead of being sold individually, like oysters, the clams are removed from their black shells and served in their dozens in a ceviche of lime juice, rocoto peppers, red onion, yellow chillies and giant corn for about 30 sols ($9). 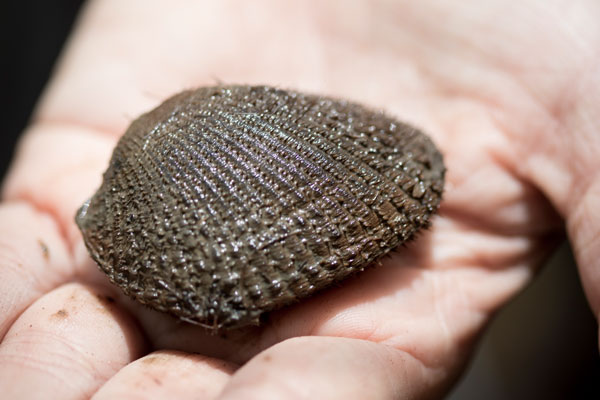 When she first tastes a spoonful of black clam ceviche after the excursion into the mangroves, Soto-Innes lets out gasps of delight – it’s the best thing she’s tasted in Peru, and she’d love to take it to her New York restaurant, Cosme, where she often serves raw seafood in aguachiles and tostadas. But she acknowledges there’s barely enough to go round in Peru; after a 30-minute trip to the mangroves, the group only finds two black clams.

“What you’re putting in your mouth is not only about what’s delicious, it’s about whether it’s going to be delicious for your kids and your grandkids,” says Soto-Innes. “Now I understand food so much more and I respect it so much more.”

Discovering the scarcity of conchas negras in Peru’s main fishing port is a wake-up call for Lima chefs José del Castillo of Isolina and Francesca Ferreyros of IK restaurante, who have joined Soto-Innes on the 50 Best Explores Peru trip. Both cooks agree no longer to use black clams in their restaurants, and as soon as Ferreyros returns to Lima, she removes the names of any fish from her menu, replacing them with ‘catch of the day’.

“I don’t want to use a specific fish on my menu because sometimes a fisherman will catch everything and discard the other fish just to give you what you need,” says Ferreyros, who worked at Gaggan in Bangkok and El Celler de Can Roca in Girona before returning to her native Peru last year.

Overfishing of conchas negras is not the only problem in Peru’s industry. While bans and rules are in place, they are not widely adhered to, and there is an ignorance among consumers and market sellers that leads to the sale of fish that are too young or underweight, as well as those that are almost extinct. In addition, drag fishing and dynamite are widely used, leading to the indiscriminate sweeping of corals, destroying entire ecosystems, and the sale of lower quality fish whose insides have exploded. 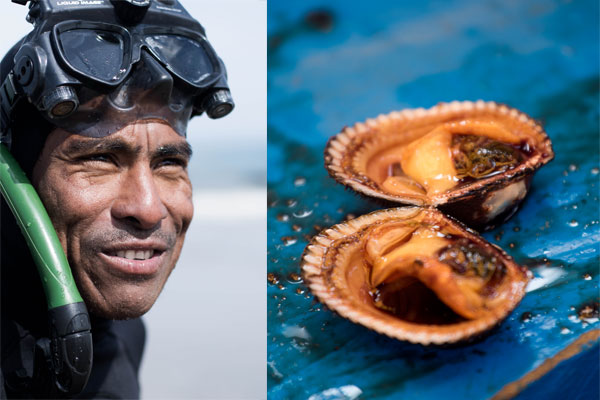 Ferreyros is working with a group of other young chefs that includes Matias Cilloniz of Mó Bistro and Ricardo Martins of Siete, both in Lima, to help raise awareness about what types of fish to buy and when, as well as where the fish comes from and how to use it. Working with marine biologist Simone Pisu, the group highlights lesser-known seafood varieties on social media, providing recipe ideas for those fish and educating market sellers on how to offer different options to the consumer.

“The message is: know where your fish comes from,” says Ferreyros. “If you’re informed and you’re aware, you will stop buying the things that you’re not supposed to, and the people selling it or the fishermen will stop eventually. Peru is the land of ceviche, but how are we going to be Peru without fish?” 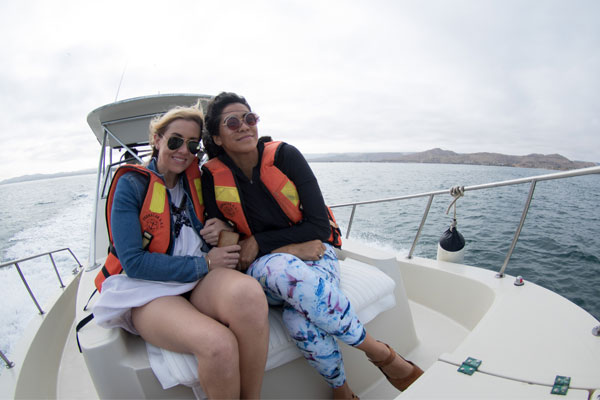 While ceviche, Peru’s national dish – and one that has recently been exported to the world – is traditionally made with flounder, Ferreyros advocates making it with corvina, similar to sea bass, or other kinds of fish that are cheaper and even better quality. The only criteria for ceviche, she says, is to use white fish that is as fresh as possible.

José del Castillo, whose restaurant Isolina is a celebration of traditional Peruvian homecooking and serves every type of seafood from bonito to silversides and octopus, is on the same page as Ferreyros and Soto-Innes. The three come away from the trip agreeing that although Peru’s cuisine is regarded as one of the best in the world, its chefs now have a responsibility to safeguard its future by educating diners and anglers on sustainability.

“The ocean is not inexhaustible,” says Castillo. “If we don’t look after it now, then one day we won’t have all this delicious food.”

Now subscribe to 50 Best's YouTube channel for alerts on the rest of the series, where chefs Jock Zonfrillo, Ana Ros and James Lowe explore the Amazon rainforest, the valley and the Andes.