"This International Women’s Day, I invite you to set the table for equality" – Dominique Crenn

This International Women's Day, chef Dominique Crenn wants us to #PressforProgress around gender opportunity in the restaurant world.

“When I dare to be powerful, to use my strength in the service of my vision, then it becomes less and less important whether I am afraid.” – Audre Lorde

In the greatest kitchens around the world, beneath the luxury of the finest ingredients, cooked by the most talented chefs and presented in the most beautiful way, there has been the scent of something criminal: the fear and frustration of women who were being harassed by the powerful men who ruled this industry.

For many of us – and I say us, because #metoo – there were only three choices: put up with it in the hopes that you could survive until you had enough clout to no longer be seen as prey; look for another job and pray that you wouldn’t be blacklisted, or abandon your culinary dreams on account of someone else’s impossible behaviour and leave the industry altogether.

We faced a historical moment in the fall of 2017 when women declared Time’s Up. But now that we have raised our voices, the real work and the real joy, and the real change begins. We cannot move forward spurred by the headlines; we will not evolve as an industry if we depend on a call-out culture to lead the way.

The media has done an admirable job of shining a light on the big names in this culture of harassment and sexual abuse. But who will stand with the single mother who works as a sous chef in a restaurant chain in the Deep South? Who will stand with the culinary student in the Pacific Northwest who is being mistreated by her mentors in the classroom and during her stages?

We need both women and men to educate your teams, let them know what you expect when they are in your employ. Make it more than clear that there is no grace at the table when there is a culture of abuse in the kitchen. 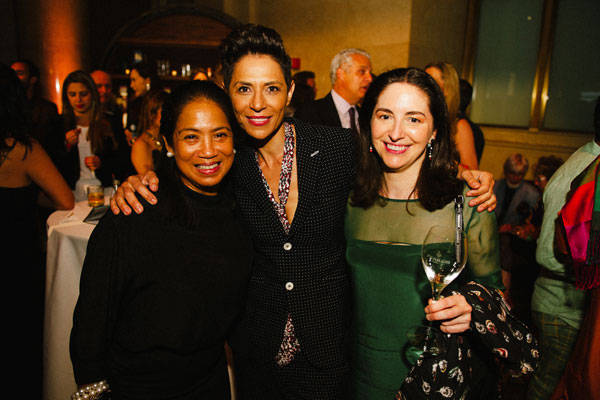 The media, the financial investors who make restaurant dreams come true and the chefs who have made it to the top have to amplify the voices, talents and very real gifts of women chefs. How can we look at list after list of the supposed best in our field and see a group of people who almost uniformly share the same gender and race and just shrug our shoulders? When confronted with a definition of supremacy that is so deeply steeped in sameness, can we not begin to admit that while there is no shortage of talented male chefs, the industry has a well of mirror-tocracy that is as deep as the myth of pure meritocracy?

In our restaurants, we see lives change over the course of a single meal – jobs are offered, deals are struck, couples unite and new families begin. We make a meal and the table is set for celebration and mourning, for our guests to imagine the future and revel in the memories of days past.

This International Women’s Day, I invite you to set the table for equality. Celebrate the power and possibility of women in food by starting a new conversation. Celebrate a female chef in social media, schedule a single hour of mentorship with a female culinary student or up-and-coming commis, invite a woman to cook at your restaurant and create new opportunities for the women on your staff.

At Petit Crenn, we invited 12 women chefs to guest in our kitchen throughout 2018 and the reservations sold out in two minutes flat. People who are passionate about food are curious, by nature; they are excited to taste the world from a new perspective. Amplifying the voices of women chefs is not just the “right” thing to do, it’s the deep dive into culture that helps us to redefine and reimagine how we cook and what we cook. It’s the smart, stay-ahead-of-the-curve business decision.

Equality is rarely on the menu at the finest restaurants. Gender equality doesn’t just happen, it’s the ingredient you have to forage for, the one that makes you work to extract its incredible flavours and textures. But it’s that same hard-to-get ingredient that keeps your guests coming back for more. The world is hungry for change. This is where we start.