Latin America’s 50 Best Restaurants 2019 takes place in the Argentine capital on 10th October. For anyone heading to town for the festivities or simply hunting for a quality holiday tipple, here’s what the experts say to sip and slurp

Wander along the sweeping 9 de Julio Avenue as the sun sinks into the inky Rio de La Plata of an evening and you could be forgiven for thinking that you had landed in any of central Europe’s urban hubs, such is the culture of the aperitivo. Buenos Aires’ main artery – its 20 lanes making it the world’s widest boulevard – is a hive of activity as locals down tools and raise a glass.

With rich Spanish and Italian blood running through their veins, Argentines have a long history of denuding the working day with something cold, effervescent and alcoholic. La hora de vermút, literally ‘vermouth hour’, was a customary part of working-class immigrant life during the close of the 19th century, when a cantinero (bartender) would mix sharp liqueurs with a dash of soda and serve them up inexpensively come the end of the working day. The tradition runs strong today, along with a wine scene that’s among the world’s finest, a strong cocktail culture, which sees several bars represented on The World’s 50 Best Bars list, and a burgeoning craft beer trend that rivals many of the biggest cities across the globe. Here’s the what, where and how to order if you’re looking to drink like a local in the Argentine capital.

Drawing upon the legacy left on Buenos Aires by European immigrants, bitter aperitifs that are light in alcohol make for popular everyday drinking. By far the most ubiquitous in the city is Fernet-Branca, which is often served with coke or soda. Campari, a range of vermouths plus Cynar and Gancia also feature on nearly every BA back bar. Just outside the city’s wall, there are even Fernet and Campari distilleries, such is their popularity.

Porteños (Buenos Aires locals) will take a perch on any given street corner to enjoy a drink on the way home each night. The majority of families eat late, with dinner often served at around 10pm, allowing plenty of time for a tipple. Weekends, meanwhile, see multi-aged groups head out late into the night – often only returning home when the sun comes up the following morning.

It’s impossible to examine the Buenos Aires cocktail scene without mentioning its standout native bartender, Renato ‘Tato’ Giovannoni. His bar, Floreria Atlántico, No.14 in The World’s 50 Best Bars list and The Best Bar in South America 2018, brings together everything that is good about the city’s drinking scene. Through the day, it’s a working florist; of an evening, it transforms into a secret subterranean bar close to the docks, which serves some of the most forward-looking cocktails in the world. Giovannoni says to order up his Balestrini Negroni, which he designed on his grandfather’s 99th birthday. “It’s made with a combination of smoked eucalyptus and sea water, in honour of my grandad who taught me so much,” he insists.

Presidente, which was just outside The World’s 50 Best Bars list in 2018, is also a fine example of where to go for superb Argentinian cocktails. It brings together the best of European-style aperitivos and contemporary drinks that toy with modern technique. Other notable bars are found clustered around Plaza San Martin – both Doppelgänger and Plaza Hotel are excellent. All require booking ahead. 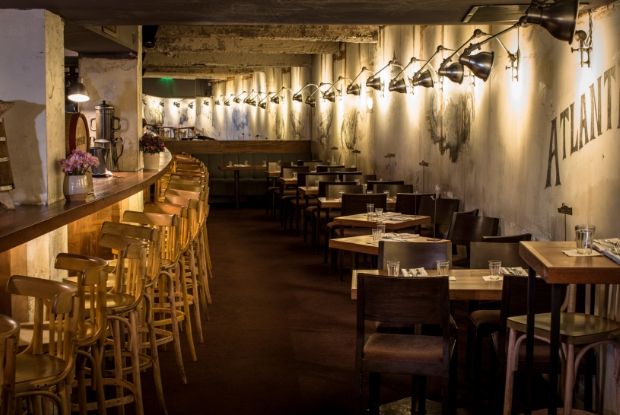 Think of Argentine wine and think of malbec. The plum-heavy, deep cherry and black pepper flavour of the grape that started life in France has taken root in Mendoza, the area that produces 60% of the country’s wine. Malbec is big business in Buenos Aires and the quality varies enormously. There are some great options available in the region of $20 a bottle, which are only slightly more expensive in restaurants. Keep an eye out for anything grown in the Uco Valley and Luján de Cuyo to discover that sweet spot between good value and good drinking. Though always beware the wine waiter who asks if you want ice with your bottle – it’s a clear sign that the flavour will require some degree of masking.

Sorrel Moseley-Williams, a local sommelier and owner of Come Wine With Me tours says to opt for cabernet franc grapes from Uco Valley when you spot them on a list. “It’s an interesting and complex alternative to malbec,” she says. “Bonarda is a juicy and fun red that's underrated. For a lighter bodied wine, try pinot noir and trousseau from Río Negro in Patagonia or the criolla grape, which is easy drinking. As for whites, sémillons from Paraje Altamira in Uco Valley and Luján de Cuyo are fantastic. Torrontés is known as 'the white grape’ of Argentina: try this floral-yet-dry wine from the Cafayate Valley. Orange wines – whites made with skin contact like a red to give texture, light tannin and body – are super trendy here right now.”

In terms of wine to take-out or to send home, you can’t go wrong with Aldo's Vinoteca. There are north of 800 bottles in stock from some of Argentina’s most interesting wineries, found set on the water in the heart of Moreno. 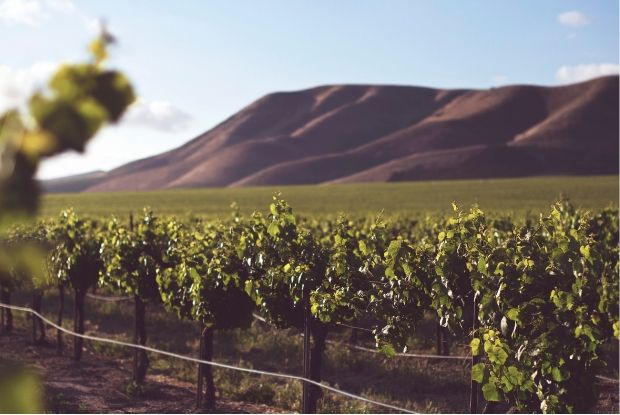 Vineyards in Mendoza, which produces some of the world's best malbec

While still in its fledgling stage, craft beer culture in Buenos Aires is on the rise. Where many cities in the world take the approach of serving small, taster-size glasses, the bars of Buenos Aires use a rather different tactic. Beer bars will serve a ‘growler’: a two-litre jug of one particular beer that’s designed to be shared with groups of friends.

“Go to Desarmadero for very hoppy IPAs and special brews, or try Casa Malta, which makes its own beer in house,” says Martín Westerdahl, a brewer for successful local brand Portlander and Most. “Its standout is the house malt and it also experiments with fruits for its sour beer line. And if you're in need of refreshment in Recoleta, head to Brew Republic.”

One of the city’s most popular and largest places to try the latest craft brews (and one with the fewest queues) is La Birrería in Palermo, which opened in 2016 with 24 draft beers on tap. It sources the majority of its beers from the 15 breweries within a mile radius of the local neighbourhood.

If you’re looking for something for easy-drinking and low in alcohol, the city’s serial serve is Quilmes lager. A few icy cans combined with a trip to Mar del Plata beach make for an authentic start to any weekend in Buenos Aires.