With the events surrounding Latin America’s 50 Best Restaurants 2019 taking place in Buenos Aires, Argentina, from October 9-10, we asked the city’s king of the barbecue to give us the inside line on the legend of the “asado”

Everyone knows that if you visit Buenos Aires, you cannot miss the experience of having a parrilla at one of the city’s famous steakhouses. “Asado”, the culture of cooking meat and vegetables on the barbecue, is more than tradition – it is an Argentine way of life.

1. Herd it through the bovine – The asado has over 400 years’ history

The history of the Argentine barbecue starts much earlier than you may think. “The asado was born in the Argentine pampas of the 17th century, with the overpopulation of cattle that arrived from Spain and found a paradise in our extensive natural prairies,” says Rivero. “It was common to move a few kilometres away from the city and find cimarrón cattle, or roaming animals without an owner.”

2. Steaks are high – It’s only recently that grills went horizontal

With such abundance of quality meat in the wild, many porteños (Buenos Aires locals) ventured to the prairies to find the catttle. “Then, it was only a matter of choosing one and getting the best part, tying it to a wooden stake, nailing it to the floor and waiting for the magic to happen,” says Rivero. Asados were, therefore, traditionally vertical, with the whole animal cooked over the fire on a wooden stake. “It took years for that vertical roast to lie horizontally on the grill,” he explains. 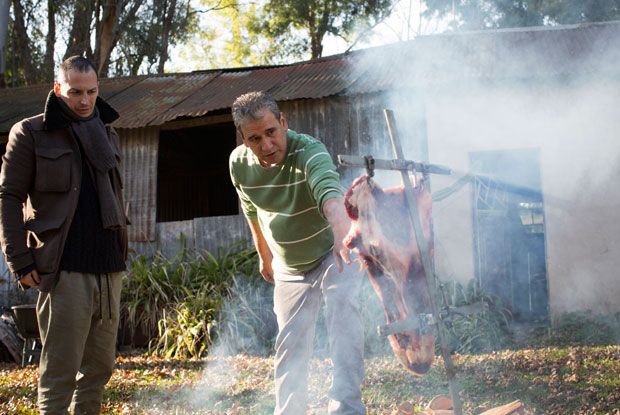 “According to historians, the grill began its reign [in Buenos Aires] at the end of the 19th century with the arrival of immigrants who, in working-class neighbourhoods, began to cook on the fire the pieces of meat that couldn’t be nailed to stakes,” says Rivero. “Offal, sausages and cuts of meat that were not possible to export formed the diet of the first immigrants, who would come to be a part of our complex national identity.”

“In Argentina, we all know something about football, something about politics and a lot about grilling and roasting,” says Rivero. The secrets of the family recipes for the asado are often passed down from father to son, and the chef who has made the grill the single focus of his restaurant says he wouldn’t have it any other way. “Being Argentine means being in love with the asado and the parrilla. It's in our DNA. I didn't have a chance not to fall in love – it was love at first sight.” 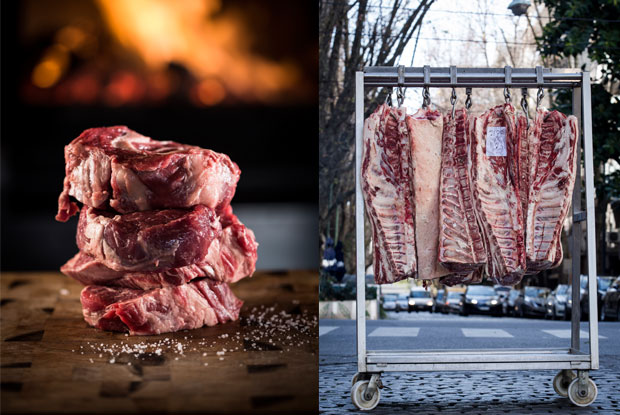 5. Join the ‘cue – Argentina has the best ingredients

The best-kept secret around Buenos Aires’ barbecue is, however, hidden in plain sight. Rivero says that it’s all about the meat – at Don Julio, he uses exclusively grass-fed Aberdeen Angus and Hereford cattle reared in the countryside outside Buenos Aires. The meat is marbled with fat, which is a sign of quality as the marbling renders during the cooking process, keeping the meat moist. Rivero says that the real secret is found in the “years of genetic development and optimal natural conditions for the rearing of quality livestock”.

6. Trust in the butcher – Locals have the answers

If you decide to make your own parrilla while visiting Buenos Aires, Rivero recommends checking with local shop owners before buying your ingredients. What makes Buenos Aires’ barbecue unique is “the combination of history, meat quality and popular wisdom,” he says. “Everyone around here has a butcher friend; someone who advises us, keeps for us what we want and knows what we like.” This is also true for vegetables, which vary seasonally on Don Julio’s menu. 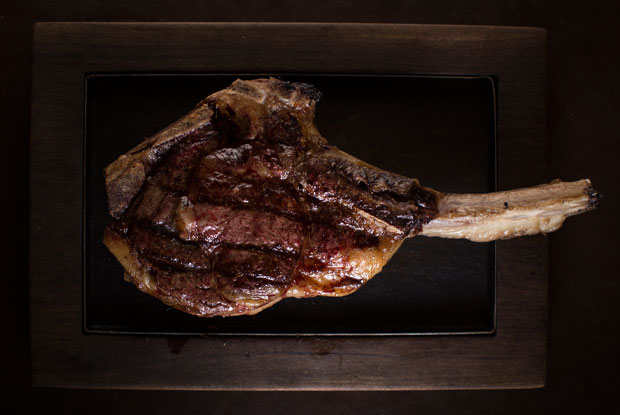 In Buenos Aires, no one is too young to enjoy a barbecue. “We eat asado from the day we are born,” he claims. “Sucking on bones marks the initiation to the culture of the grill; it is the carnivore’s baptism,” he says. Of course, it doesn’t stop there – parrillas are central to the many festivities in the city. “All our life is traversed by this culture. Every celebration is an excuse to light a fire and throw something on the grill.”

8. The barbecue king has spoken – Follow this tip for a better grill

After spending most of his life by the grill, Rivero has a few tips for those who might not have as much experience. He says the patience is fundamental in this cooking technique and everyone should take time to study and understand the fire, the cooking and its unique processes. He also says that you should change your technique based on what you’re grilling. “Each cut has a ‘better’ way of being cooked. If the meat has a bone or a layer of fat, start cooking it from that side. Never hurry and know how to wait for the right moment.”

Now take a tour of Buenos Aires in 50 hours in our video: