Eleven Madison Park, newly crowned No.1 in The World’s 50 Best Restaurants 2017, will close in June for refurbishment. We sat down with co-owners Will Guidara and Daniel Humm to find out about the new design and plans for the interim.

Some tables are better than others. It’s well established that most restaurants have a table in the house that’s reserved for the most important customers and a few less premium seats for the rest.

But Daniel Humm and Will Guidara have found the formula for the perfect table. They won’t tell us their secret, but rest assured there’ll be more of them to go round when the restaurant reopens in September after a major renovation.

“We’ve got to know what tables feel great,” says Guidara, who runs the dining room and co-owns the restaurant with chef Humm. “There’s beauty in designing a great table that feels enveloping and inviting and lovely. We’ve figured out how to approach the design in order to create more of those.”

Eleven Madison Park’s redesign is the first since it opened as a restaurant in 1998 at the base of the Art Deco Metropolitan Life North Building in New York City. Humm and Guidara took over running the restaurant in 2006 and bought it from Danny Meyer’s Union Square Hospitality Group in 2011, but there has never been an opportunity to update either the kitchen or the dining room.

“We’re going to make it really, truly our own and what we believe it should be,” says Swiss-born Humm. “We’ve been here 11 years and we know the restaurant so well and what it should be. We’ve grown up and we know who we are, so it’s a really exciting time for a renovation.”

Whether the restaurant would be able to continue at all was, until recently, up in the air. After uncertainty about whether they could afford a huge hike in rent, the pair has just signed a new 20-year-lease on the property, which Humm says is “a big weight off our shoulders”. 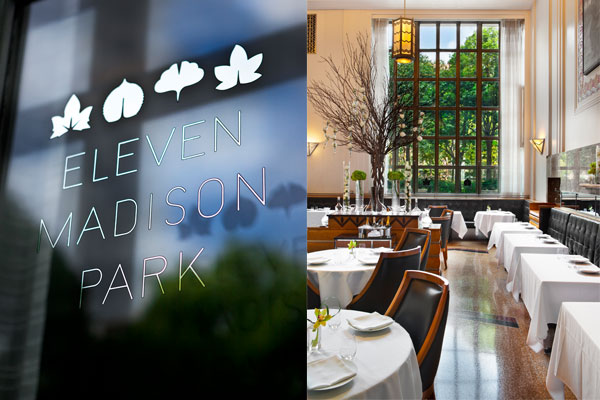 The dining room at Eleven Madison Park as it is now

Central to the upgrade will be a brand new kitchen – the first one Humm will have ever designed for himself in all his 25-year career. While the current kitchen is slightly segregated, the new one will be much more spacious and open and will allow Humm to see everyone in the kitchen from any spot. Crucially, there’ll also be an entire room dedicated to ageing the meat for Humm’s signature honey and lavender-roasted duck.

“It’s not about having tons of fancy gear,” says Humm. “It’s just about building the perfect kitchen for our needs. Visually, there are beautiful kitchens but the dream is to have one that’s very specific – the customisation is what makes it become the dream.”

While the cook fulfils his vision of the perfect kitchen, Guidara’s dining room will be transformed to accentuate the original features and symmetry of the large space overlooking Madison Park. Updates will include changes to the way diners enter the room, so that they’ll still walk through the iconic revolving door but the entry will be more direct towards the middle of the room for greater impact.

“It’s one of the most incredible rooms ever,” says Humm. “It has its place in New York in a historic building overlooking the park and we just wanted to embrace the room even more. We wanted to make it more symmetrical and for the windows to play more with the room. At the same time, we also want to make it a bit more intimate and cosy.”

The design will be created by Brad Cloepfil, an American architect and regular customer at Eleven Madison Park, who designed the Museum of Arts and Design at Columbus Circle and the Contemporary Art Museum in St. Louis. Aside from the kitchen and dining room redesign, there’ll also be changes to the bar, which will move to a different wall to give it more of a feel of “its own space”.

“We’re inspired by those old classic bars of New York like the Oak Room or Bemelmans and we want to bring the spirit of those bars into our place,” says Guidara.

While the closure of the restaurant is only temporary, the owners are treating it as an opportunity to reminisce over the last 11 years, so from June 9th they’ll be serving a special 11-course retrospective, bringing back their favourite dishes. When it reopens in September, the menu will revert to the current seven-course tasting menu, which was reduced from 14 courses a year ago when Humm and Guidara decided to present fewer dishes, each with greater impact, than a longer version with more potential for forgettable courses. 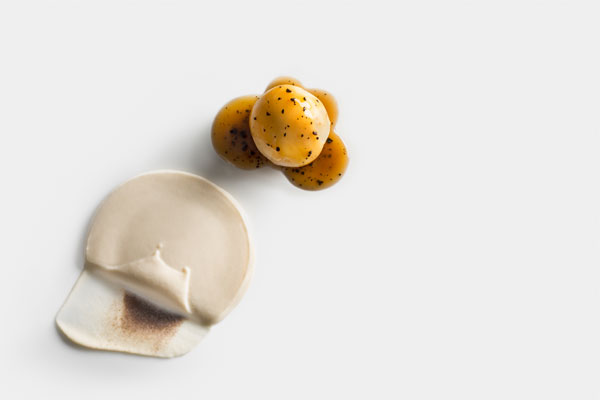 With the restaurant closing for three months, there is an alternative for those desperate to get their fix of Humm’s cooking, which also keeps the staff in gainful employment. Eleven Madison Park Summer House will be a three-month pop-up in the Hamptons serving seafood and super-local dishes with ingredients from the nearby farms.

The original plan was to replicate Eleven Madison Park in the Long Island vacation spot, but when Guidara and Humm took a trip to Los Angeles to launch the NoMad food truck – a spin-off from their NoMad hotel brand – they had an epiphany.

“We were hanging out on the lawn near the truck, having a beer, when we looked at each other and both had the same thought simultaneously: we’re approaching this the wrong way,” says Guidara. “I’m so happy we had that revelation. There’s something about eating a cheeseburger while listening to the Rolling Stones that makes beautiful things happen.”

Instead of their world-beating brand of fine dining, the Summer House will be split into sections with an indoor area serving à la carte cuisine, an outdoor tent with a cocktail focus and frozen drinks machines and a large-format area with family-style meals such as fried chicken dinners and lobster boils. There’ll also be games like petanque and horseshoe, alongside burgers, hotdogs and cocktails. But this is Humm and Guidara, the makers of Eleven Madison Park, so there’ll still be white tablecloths and an air of formality.

The two long-time pals aren’t Hamptons vacationers themselves – in fact, until last summer they rarely took a holiday. But “in pursuit of a touch more balance in life,” they started to visit the popular treat and “both fell in love with it,” Guidara says.

Aside from the pop-up and Eleven Madison Park 2.0, there’s a cookbook-cum-memoir in the works, an imminent opening of Made Nice in New York, a series of NoMad hotels and restaurants in Los Angeles and Las Vegas and a fine dining restaurant set for Park Avenue in 2019. But the pair are relaxed about the pipeline of projects, following their motto of “endless reinvention” and striving to make things just perfect – after all, there’s no other way to end up with the No.1 restaurant in the world.

For Guidara, winning The Ferrari Trento Art of Hospitality Award in 2016 served as affirmation and motivation to create even better service in the dining room. Meanwhile, Humm’s inspiration has come from writing a philosophy of four fundamentals – deliciousness, beauty, creativity and intention – that underpin every dish he creates.

“It’s amazing how it [creating the four fundamentals] has really moved us forward and we really know who we are today,” says Humm. “At the same time I feel this is the very beginning. For me as a chef, this is the best moment in these 25 years.” 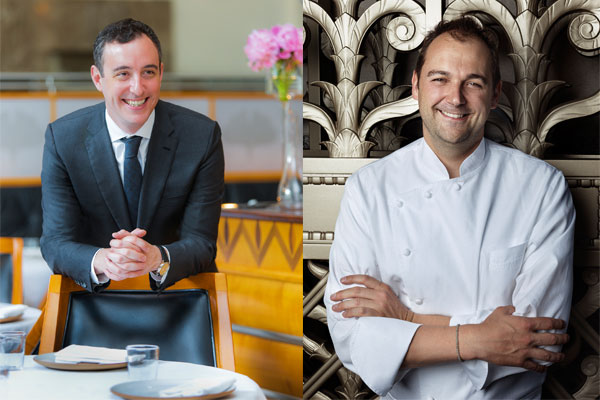 Will Guidara (left) and Daniel Humm