Over the years, Chef Joan Roca has served as a mentor and inspirational figure for countless young chefs around the globe. His restaurant El Celler de Can Roca in Girona, Spain, was voted No.1 in The World's 50 Best Restaurants in 2013 and 2015 and in 2016 his peers named him winner of the Chefs' Choice Award, sponsored by Estrella Damm.

Here we talk to thirteen cooks and restaurateurs who have worked with Roca, to discover why he deserves this ultimate accolade. 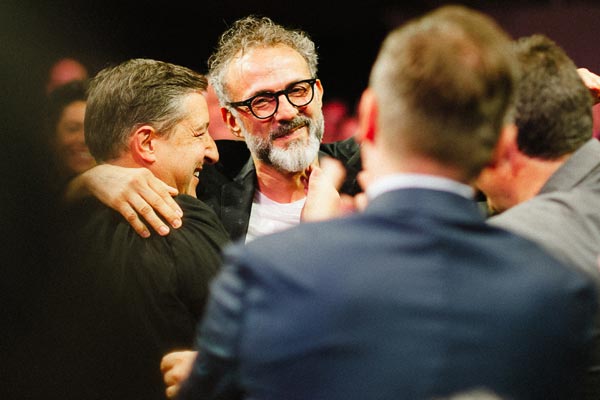 Joan Roca and Massimo Bottura at The World's 50 Best Restaurants 2016, celebrating Osteria Francescana's rise to No.1

"Joan is a man of great culture, who develops knowledge day by day, year by year, along the journey of his life. He is a man with an open consciousness, a big sense of responsibility and even now he still dreams every day. He is the perfect example of what I consider a contemporary chef." - Massimo Bottura, Osteria Francescana, Modena, No.1 in The World’s 50 Best Restaurants 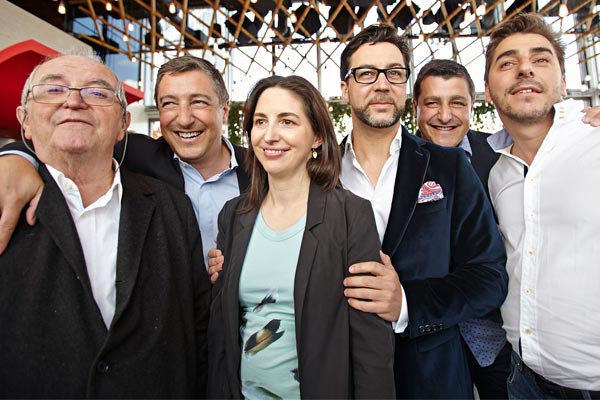 “Joan is one of the best cooks in the world. It’s a pleasure to know him and to have him as a friend. He’s a generous cook, very creative, thoughtful and so warm. We admire him also for the way he works in tandem with his brothers.” - Juan Mari Arzak and Elena Arzak, Arzak, San Sebastian, No.21 in The World’s 50 Best Restaurants 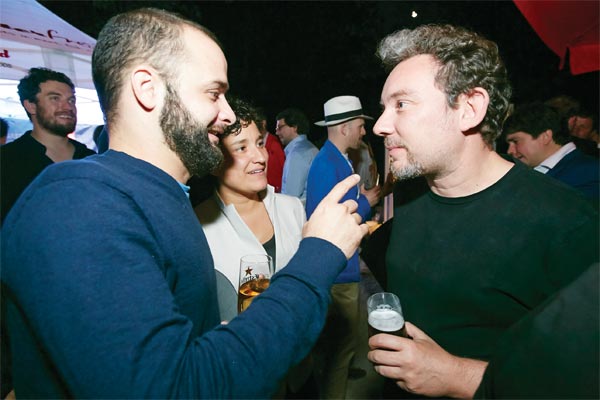 “To indulge in Joan's cooking is as exciting as to chat to him, listen to him and see him in action – it gives a glimpse of the immense quality of someone who really knows what he’s doing. But above all, I admire him for his humility, a quality he shares with his whole family, which for me is as important as being among the best chefs.” - Albert Adrià, Tickets, Barcelona, No.29 in The World’s 50 Best Restaurants 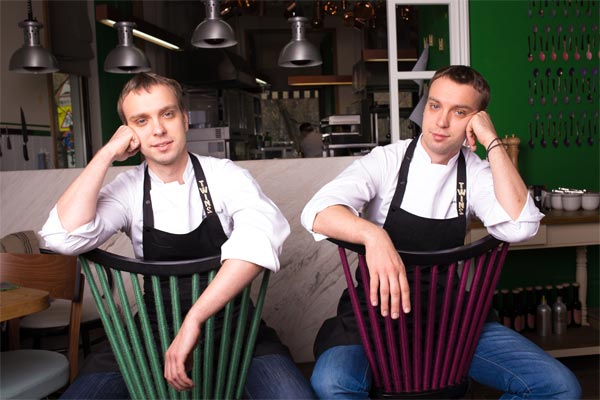 "Working with Joan Roca taught me that there are no borders, and that sometimes you need to look back at your ancestors." - Ivan Berezutskiy, Twins, Moscow, No.75 in The World’s 50 Best Restaurants

5. Jefferson Rueda, A Casa do Porco 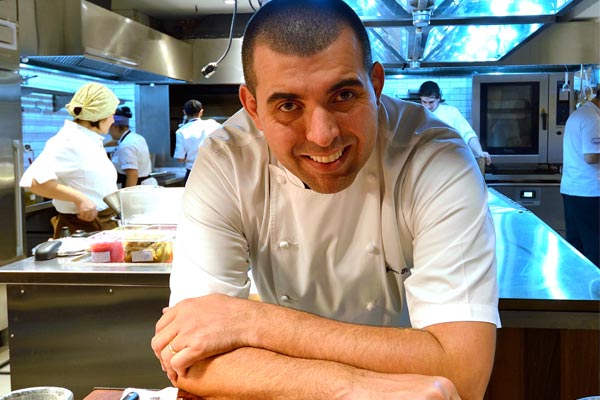 Jefferson Rueda, A Casa do Porco

"Because the Roca brothers are a family – two in the kitchen and one in the dining room – they complete each other. Their own mother and father look after the staff meals, which is such a rare thing. Their family values, the bond between them and their respect for small producers, ingredients and people are all things I'm used to seeing on the inside." - Jefferson Rueda, A Casa do Porco, São Paulo, Brazil, and formerly of Attimo, No.38 in Latin America's 50 Best Restaurants 2014 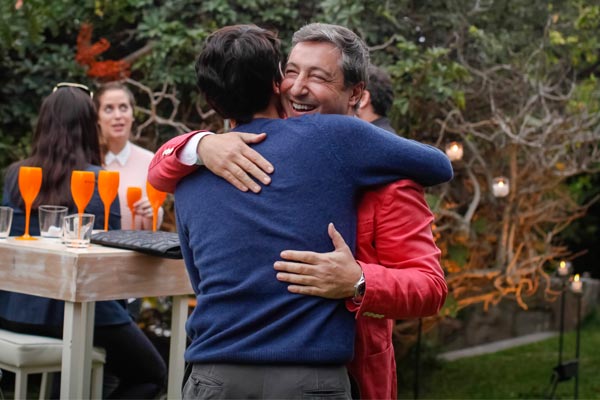 “I have been nourished by Joan for many years – techniques, reflections between tradition and modernity. But one thing that stands out above everything else is the deep, organised philosophy that he shares with the world, which goes beyond the limits of any chef.” - Virgílio Martínez, Central, Lima, No.1 in Latin America's 50 Best Restaurants and No.4 in The World’s 50 Best Restaurants 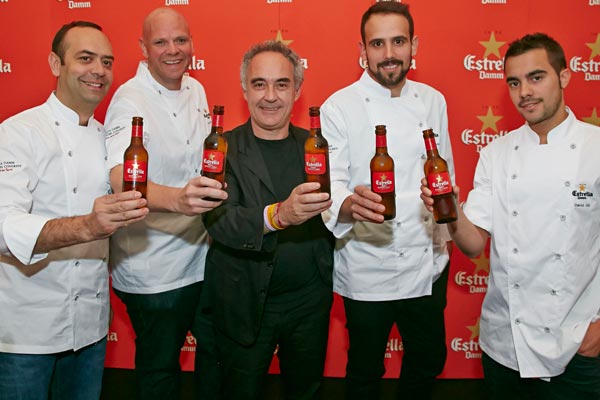 "Without doubt, Joan and all the Roca family are part of our family environment. We have been friends for almost 30 years now and we celebrate their successes as if they were our own.” - Ferran Adrià, El Bulli, Barcelona, former No.1 in The World’s 50 Best Restaurants 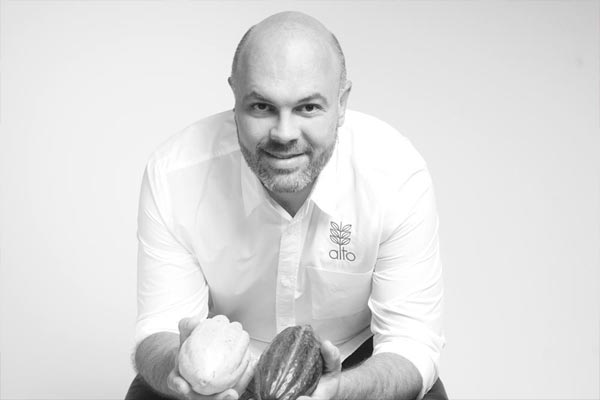 "He’s one of the best cooks in the world but, above all, he’s an example of a human being who exudes humility, nobility, culture and respect for the family. These characteristics make him and his brothers an unparalleled team.” - Carlos García, Alto, Caracas, No.29 in Latin America's 50 Best Restaurants 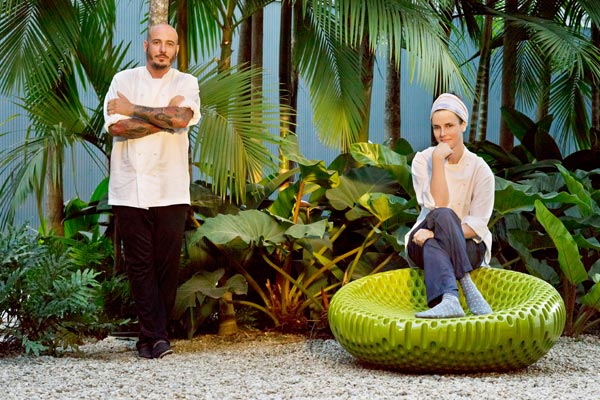 Daniel Redondo and Helena Rizzo, who met while working at El Celler de Can Roca in Spain

"Joan Roca is a major reference for me, for his profound knowledge and for his kindness. It was at El Celler de Can Roca, after eating there with friends, that I understood that food could be an artistic expression, not just mechanical or monotonous work. After insisting for many years, I got a ‘yes’ from Joan Roca to do a stage at El Celler. It was one of the happiest days of my life." - Helena Rizzo, Maní, São Paulo, No.8 in Latin America's 50 Best Restaurants

“Joan is my master. It was at his restaurant, with the Roca family, that I became the person I am today – not just from a professional point of view but also as a person. I have immense respect and admiration for him. If there’s one restaurant I’ll always go back to, it’s El Celler. Every year I go to Girona to visit my family and I make a point of having dinner with him and his family in the kitchen of El Celler.” - Daniel Redondo, Maní, São Paulo 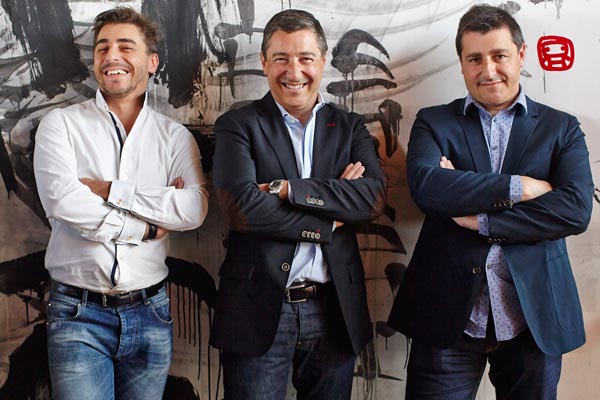 Jordi, Joan and Josep (right) at the Chefs' Feast at The World's 50 Best Restaurants 2013 in London

"His way of interpreting cuisine has changed the way we cook; his way of being has made the gastronomic world reflect on the importance of values." - Josep Roca, co-owner and sommelier, El Celler de Can Roca, Girona, No.2 in The World's 50 Best Restaurants, and younger brother to Joan 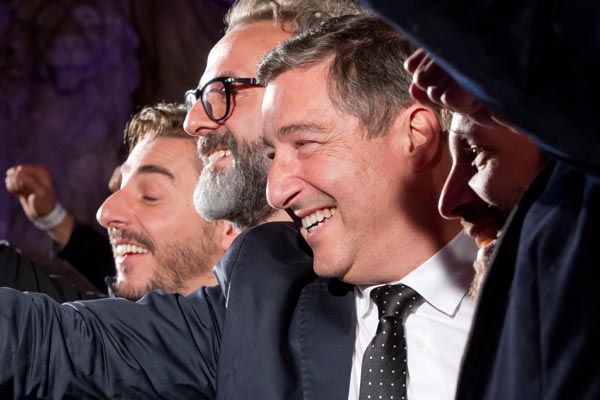 "He’s the architect of our world, accomplice in my creative chaos, capable of harmonising the impossible." - Jordi Roca, co-owner and pastry chef, El Celler de Can Roca, Girona, No.2 in The World's 50 Best Restaurants and younger brother to Joan 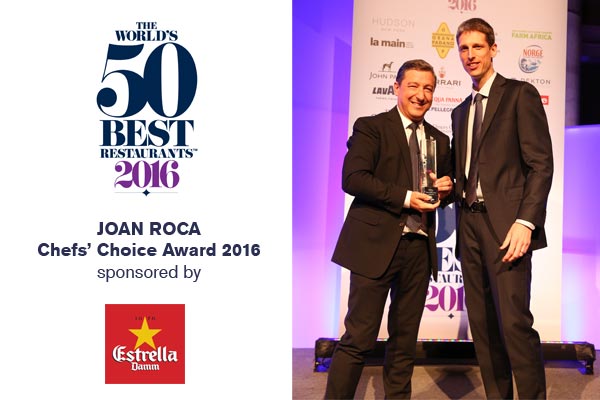