Just over two years after its opening in 2014, Cosme in New York has entered The World’s 50 Best Restaurants list at No.40. Now chef-owner Enrique Olvera and chef de cuisine Daniela Soto-Innes are planning a second branch in Los Angeles and an expansion of their newly opened Atla neighbourhood concept.

In the three years since Enrique Olvera hired her to run the kitchen at Cosme, 26-year-old chef Daniela Soto-Innes has had more success than many cooks have in an entire career. She began 2016 winning the title of Rising Star Chef of the Year from the James Beard Foundation and ended it serving former President Barack Obama at Cosme – something she cites as a career highlight to date.

The pace shows no sign of slowing this year: Soto-Innes and Olvera opened their casual Mexican restaurant Atla in New York’s NoHo last month within two weeks of celebrating Cosme’s entry to The World’s 50 Best Restaurants in Melbourne; now they have their sights set on more branches of Atla and Cosme.

“We’ve been working together for the past three years and we get along so well. We want to open more restaurants, more Atlas,” says Soto-Innes, adding that a second edition of Cosme is planned for Los Angeles in late 2018. She says London would also be a “fun” location for another Cosme, although there’s nothing in the pipeline just yet. 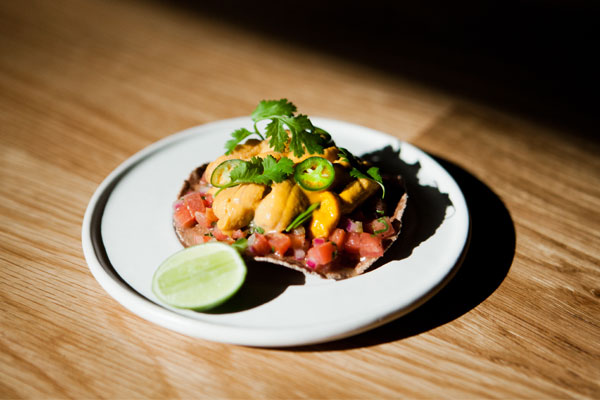 Cosme was a roaring success long before Obama showed up for a surprise visit in September, but his endorsement certainly did nothing to dampen the hype. Neither Soto-Innes nor Olvera was actually present on the day – a rare occurrence for both to be absent at the same time, for family reasons – but fortunately Soto-Innes’s “badass” sous chef, Sarah Thompson, was on hand.

“My phone kept ringing and when my sous chef said Obama was there, I thought she was kidding,” recalls Soto-Innes. “Everyone at Cosme says it was one of the most beautiful moments they’d ever had. When I talk about it, I get goose bumps. Having an American president in a Mexican restaurant, especially nowadays, is an incredible feeling.”

While the team behind Cosme has been busy setting up Atla – co-owners Santiago Perez and Santiago Gomez have even moved in above the restaurant – Olvera has also been occupied with the relocation of his flagship Mexico City restaurant, Pujol, which now sits at No.20 in The World’s 50 Best Restaurants list. Last month, he moved the restaurant to new premises on Tennyson in Polanco – a few streets away from the original location on Petrarca. As previously, it offers a six-course, multi-choice tasting menu, but featuring several new dishes, plus a separate area serving tacos. 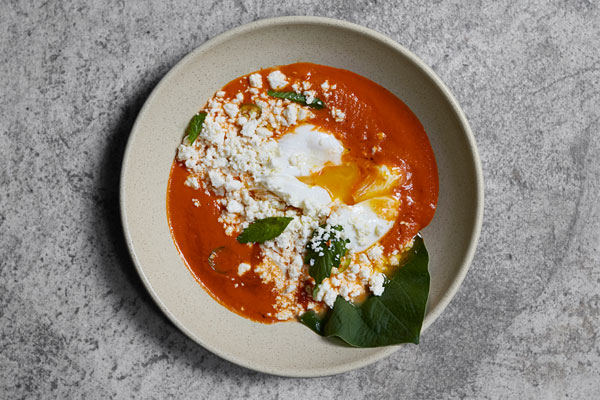 
While Pujol and Cosme are both seen as destination restaurants (even if Cosme wasn’t originally intended as such), Olvera and Soto-Innes are clear that they want Atla to be accessible to everyone.

“Atla is a happy place where people can have breakfast, lunch and dinner,” says Soto-Innes. “It’s different from Cosme – we wanted Cosme to be that sort of place but it became a destination restaurant. Anyone can go to Cosme but sometimes it’s difficult to get a table, so we have made Atla walk-ins only.”

With the aid of a drip feed of mouth-watering teaser pics in the run-up to the launch via Soto-Innes’s Instagram account – she has 32,000 followers – it’s no surprise Atla has had queues of people outside the door since its opening last month. The restaurant, whose kitchen is staffed entirely by Cosme-trained cooks and headed by chef Hugo Vera, serves healthy Mexican street food, from kale tamales to mushroom quesadillas and flax seed chilaquiles. As with any Olvera-led venture, there’s also a Mexican cocktail menu featuring mezcal-based creations and an array of different fruit-flavoured aguas frescas.

Although Olvera was met with many challenges when he first opened Cosme, with the help of Soto-Innes, he is now well-established in the US, with a fast-growing brand and reputation. So if the waiting list at Cosme and the queues at Atla are anything to go by, any future launches will be set for success.


Watch the highlights from The World's 50 Best Restaurants 2017: