It’s here! The inaugural list of 50 Next has just been announced and the world is set to hear more about these exceptional young people making waves in food and drink. Gen-up on everything you need to know about the list and meet the Class of 2021 yourself with this five-minute read

In the hottest collab since this season’s The North Face x Supreme drop, 50 Best has just released the first-ever list of 50 Next, working with Basque Culinary Center, the Academic Partner for 50 Next, and Biscay, in the Basque Country of Spain, which is the official Host Destination Partner of the project.

With the prime motive to inspire, empower and connect the next generation of leaders, 50 Next celebrates 50 people (or small groups) aged 35 and under from across the wider food and drink scene, from producers and educators to tech creators and activists. They are united in the common goal of doing good for gastronomy and 50 Next brings them to the global stage for the recognition they deserve for their vital and future-defining work.

Usually, an unveiling of this scale would be accompanied by an all-singing, all-dancing 50 Best event to celebrate this assemblage of talent, but with social distancing and travel restrictions still in place, it has just not been possible to arrange a get-together. This year’s virtual announcement will be followed in 2022 with a live event in the city of Bilbao once the world opens up again.

A list but not a ranking, 50 Next was formed through research by 50 Next and the internationally renowned Basque Culinary Center, following an overwhelming response to calls for applications and nominations. As the food and drink world looks to the next stage of recovery, there is no better time to be introduced to the people setting the pace for the future of gastronomy. Here’s everything you need to know… 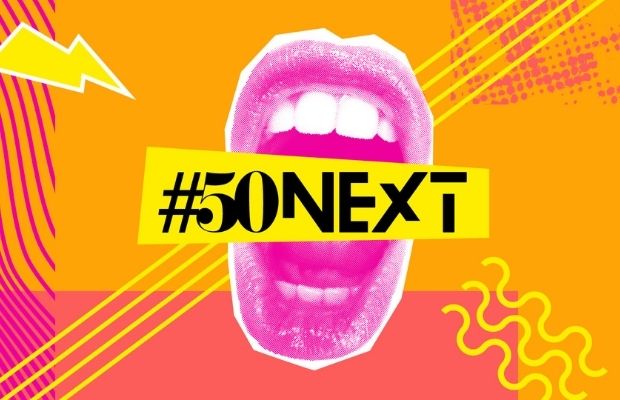 Where are the people in 50 Next from?
- The 50 Next list features people from 34 countries across six continents
- It includes 24 women, 19 men and seven groups, with individuals ranging in age from 20 to 35
- 50 Next comprises five people based in Africa, six in Asia, one in the Caribbean, 18 in Europe, seven in Latin America, two in the Middle East, three in Australasia and eight in the USA
- 700 candidates were considered from a pool of applications, nominations and talent-scouting

How is 50 Next divided up?
The hive mind behind 50 Next looked at the entire food and drink ecosystem and split the candidates into seven categories:

So, who are the people on this year’s 50 Next list?
We thought you’d never ask! Find each member of the 50 Next Class of 2021 below and click-through to discover more about them 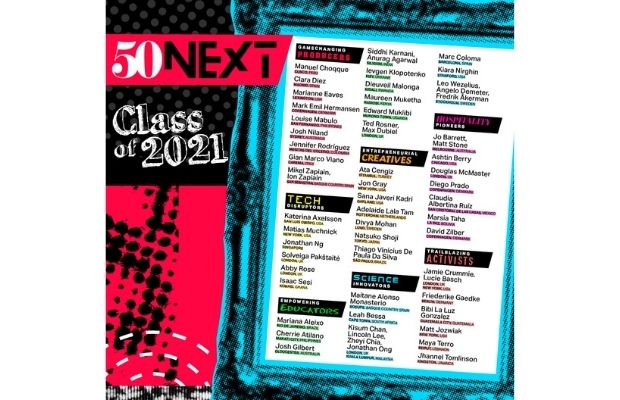 Now watch this video to complete your education into all things 50 Next: