Second act: what you need to know about Gaggan’s new place

Gaggan Anand closed his Bangkok restaurant, ranked No.4 in The World’s 50 Best Restaurants 2019, at the end of August. November saw the world-famous chef’s new incarnation open in a foliage-clad site in the south east of the Thai capital. 50 Best enters the secret garden

The gregarious Kolkata-born chef Gaggan Anand made no secret of the spat with his previous backers that heralded his original restaurant’s ahead-of-time closure. Fuelled in part by ‘vengeance’, he sought a new site, completed a root-and-branch refurbishment of the building and curated a new menu in just two months. 50 Best was one of the first through door to sample the new menu and answer the key questions for you…

What’s it called?
The name has changed – albeit subtly – from plain Gaggan to Gaggan Anand Restaurant. The former name was retained, legally, by the majority shareholders of the previous multi-award-winning establishment, though it appears unlikely they will now use it without the larger-than-life chef himself involved.

How is the restaurant arranged?
The building is split into three distinct areas. The plum seats are in the ‘G Spot’ – a 14-cover chef’s table with Anand at the helm, which has the look and feel of the previous restaurant’s ‘Lab’ space. Priced at 12,000 baht ($400) per head, you’ll find the G Spot on the ground floor of the building, with the main dining room, ‘Arena G’, and its open kitchen located above this space incorporating 40 covers. The price here is 8,000 baht ($265) and there’s an eight-seat private dining room with a minimum spend of 120,000 baht ($4,000), too. There are only two services a day in the main space: one starting at 5.30pm and one at 9.30pm, both lasting around four hours. The single nightly G Spot sitting begins at 7.30pm and includes a mid-way break where guests are taken to an outdoor bar while the table is re-set with a completely new design. 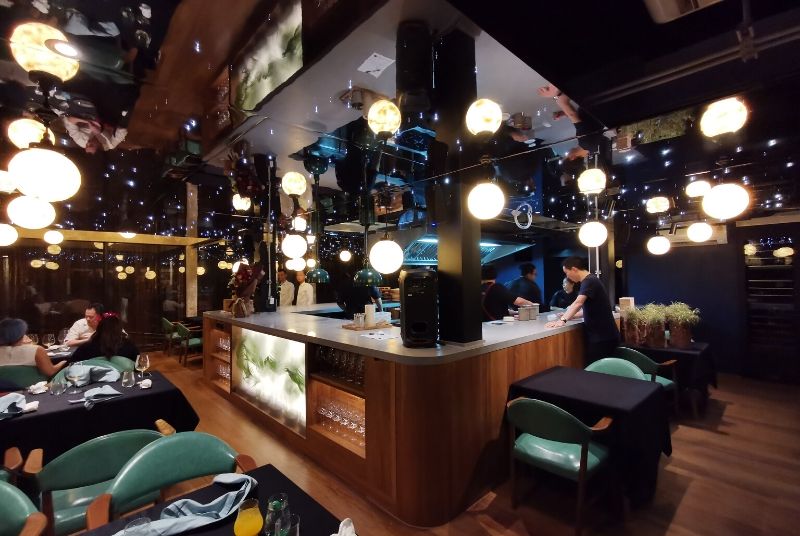 Is the experience comparable to before?
‘Same same, but different’, to borrow an appropriate Thai phrase. One of the key alterations is that there are only two sittings a day – previously the restaurant would turn the tables twice for each service. In terms of the food, the dishes are more intense and detailed, with a greater focus on premium ingredients. The majority remain single bites eaten with the hands. It would also appear that Anand is shifting further away from the molecular gastronomy he employed in earlier years and into a phase of more complex cookery and intricate plating, using cutting-edge equipment and techniques. Seasonality is also a big focus, as well as influence from Japanese kaiseki style of cuisine. Personnel-wise, 63 of the 65-strong team – or ‘rebels’ as he describes them – came with him from the old restaurant. Hyper-talented Rydo Anton is again head chef in the main Arena G dining room.

How do you book?
You can only book online, with the reservations diary open monthly. Followers of Anand’s Instagram account have the strongest chance of bagging last-minute tables as cancellations are announced and snapped up in double-quick time. A few days before the booking, diners receive a questionnaire to complete. Among the questions are requests for the guest’s favourite band, their favourite swear word and position of choice from the Karma Sutra. It’s a not-so-subtle hint at the irreverence of the experience; those of delicate disposition need not apply.

Do you need to speak emoji to read the menu?
Not essential, but it helps. Each emoji-defined dish comprises a piece of a jigsaw puzzle that makes up the floorplan of the restaurant once complete.

What dishes will diners be ‘gramming?
Lick it up Version 2.0 (he just couldn’t get rid of it completely, could he?). It’s a multi-coloured Holi gulal made from vegetables dyes that each have a component flavour. Together, they make for an assault of flavour on each taste receptor of the palate. Bamboo skewer dusted with vindaloo-style masala has had early guests raving. Modern Ghewar, which was on the menu at Gaggan, has been updated here with an added touch of luxury: white truffle when in season, black when it’s not.  One of the interesting twists is the conclusion to the main savoury section on the menu: a dish of long-grain basmati rice, twice-baked with seasonal mushrooms. Anand and his team intend to personalise this course for every diner in the restaurant, based on their answer on the pre-dinner questionnaire about their favourite ingredient. 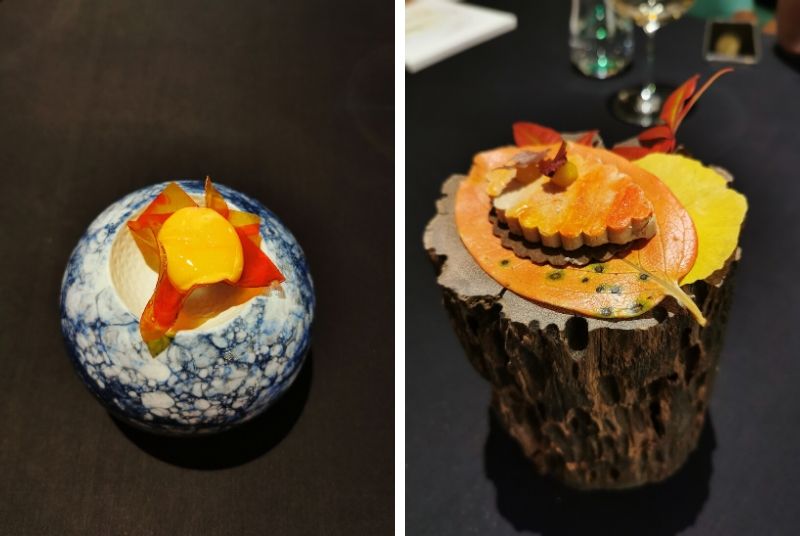 And drinks?
Anand’s partner in wine, sommelier Vladimir Kojic, again has the keys to the cellar, which focuses heavily on natural and biodynamic bins, predominantly from Europe. There’s also a bar featuring small-batch spirits and artisanal mixers. Anand and Kojic plan to reopen their natural wine bar Wet (to be renamed Wetter) just down the street from the new restaurant in early 2020.

Finally, will it be back on the 50 Best lists again soon?
The new restaurant will not be eligible for inclusion in the ranking of Asia’s 50 Best Restaurants 2020, having opened at the same time as the voting process was taking place. Furthermore, it will have only been serving guests for a matter of weeks prior to voting for The Worlds’ 50 Best Restaurants 2020. Whether it reappears in any rankings come 2021 is, of course, entirely up to the anonymous expert voters.