Oro in Rio de Janeiro has been chosen by Latin America’s 50 Best Restaurants as this year’s One To Watch, an award that celebrates a restaurant likely to enter the list in future years. We spoke to chef-owner Felipe Bronze to find out more about Oro.

When you go inside Felipe Bronze’s restaurants, you know you are in Rio de Janeiro – and that is part of the chef’s signature. When he opened his flagship, Oro, in 2010, it was always focused on avant-garde versions of Rio’s traditional street food and gastrobar cuisine, but a revamp in 2016 added a focus on fire and a greater emphasis on delicious, fun food.

The chef, who runs Oro in Rio’s trendy Leblon district with his wife, the award-winning sommelier Cecilia Aldaz, is known for his drive to constantly reinvent himself and his concepts, and the new version of the restaurant has allowed him to create a place that exemplifies the savoir faire and informality of cariocas, or residents of Rio. The popular TV chef has now set his sights on spreading the Rio concept further afield…

Why did you decide to reopen Oro?

In the past, my cuisine had given too much attention to aesthetics, so my mission with the new place was to change the concept. I decided to go back to my culinary roots, where I used to focus on fire, and added that missing element to the new Oro. It’s a reminder of the simplicity that I had lost on the way. 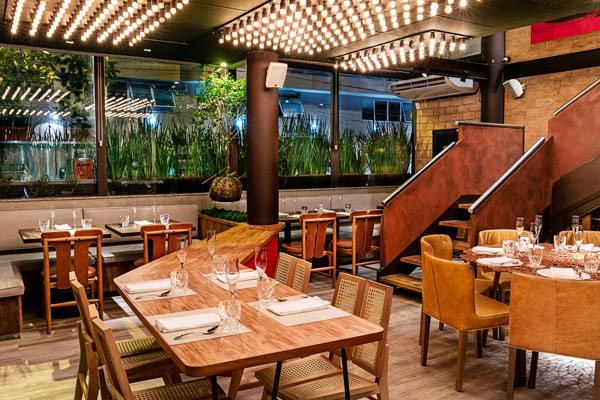 
What do you think is the reason for Oro’s success?

I share Oro’s success with wife Cecilia Aldaz, who is one of the best sommeliers in the country. She manages the dining room like nobody else and brings the highest standards of service, combined with great elegance and contagious humour.


What’s the connection between Oro and Rio de Janeiro?

Oro is a carioca restaurant that could exist anywhere in the world and still give the feeling of being in Rio. I am a citizen of the world, very proud of my roots but open to experiment and to understand my surroundings. Oro is a cosmopolitan carioca restaurant!


Tell us about the dishes and the menu:

Oro’s menu changes every 45 days and the main idea here is a menu in constant evolution. The only dish served with knife and fork exemplifies the essence of our work: ox ribs braised for 48 hours accompanied by banana farofa (Brazilian cassava flour dust) and smoked yolk. It’s is a typical dish of Brazilian churrasco (barbecue), but executed with great technical rigour. The idea is to make the best version of ox ribs with banana farofa possible. It exemplifies our work very well: it is familiar, comforting, surprising and above all – delicious! Oro’s food must be delicious before anything else. 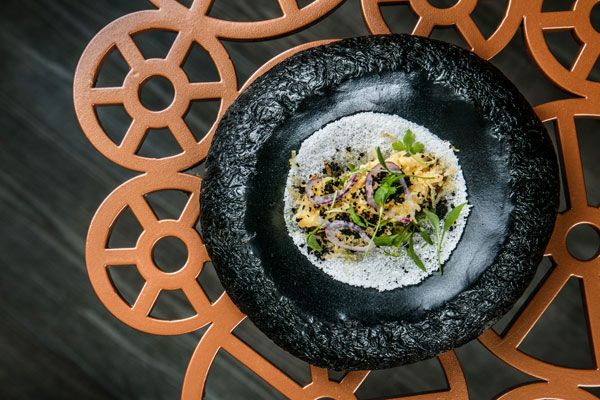 
What is Oro’s signature?

I am proud to say that my culinary signature is made by many hands. My team comprises very creative and talented youngsters who live and understand our philosophy.


What are your future plans?

My second book, By The Fire, will be released in November. We will open a new Pipo gastrobar in São Paulo (the first Pipo is in Rio), and we are thinking about Lisbon and Miami next. Many plans, great intensity, focus and love in all that I do…this is the energy that moves me!

Felipe Bronze will collect The One To Watch Award for Oro at the fifth annual Latin America’s 50 Best Restaurants awards ceremony in Bogotá, Colombia, on Tuesday 24th October. Watch the awards ceremony via livestream on our Facebook page and follow us on Instagram and Twitter and YouTube for photos, videos and news from the event.