9 female-led restaurants and bars to watch in 2021

Since the #MeToo movement first swept the world in 2017, the global hospitality industry has had its own reckoning with gender equality in the kitchen and behind the bar, with hundreds of global initiatives to celebrate women’s achievements and take action against bias. This International Women’s Day, we list nine of the countless female-led venues pushing the hospitality sector forward around the world, created by women who #ChooseToChallenge stereotypes and preconceptions 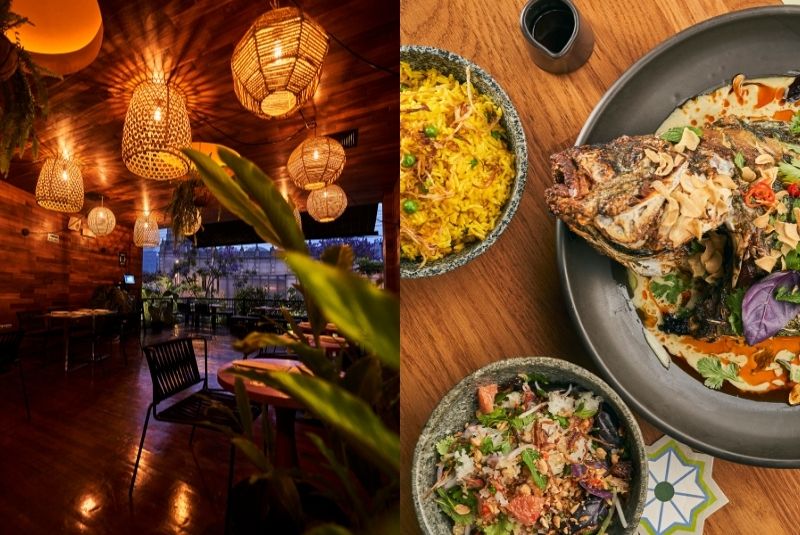 Peruvian chef Francesca Ferreyros – who trained, among others, with Joan Roca in Spain and Gaggan Anand in Thailand – opened Baan in December 2020 to investigate the culinary links between South America and South East Asia. With her projects on hold due to the pandemic, Ferreyros started experimenting with recipes fusing Peruvian and Thai flavours in her home kitchen and sharing them on Instagram – and the idea for Baan was born.

Before moving to its nine-table dining room in the San Isidro neighbourhood of Lima, Baan was a delivery concept and Ferreyros has been using the feedback received from this to refine her dishes. From fried chicken marinated in Thai spices and accompanied by pickled turnip, to a whole fish wrapped in banana leaf and served with silky coconut milk curry and Burmese rice, everything at Baan sings with flavour – a promising opening from one of Peru’s most up-and-coming cooks. 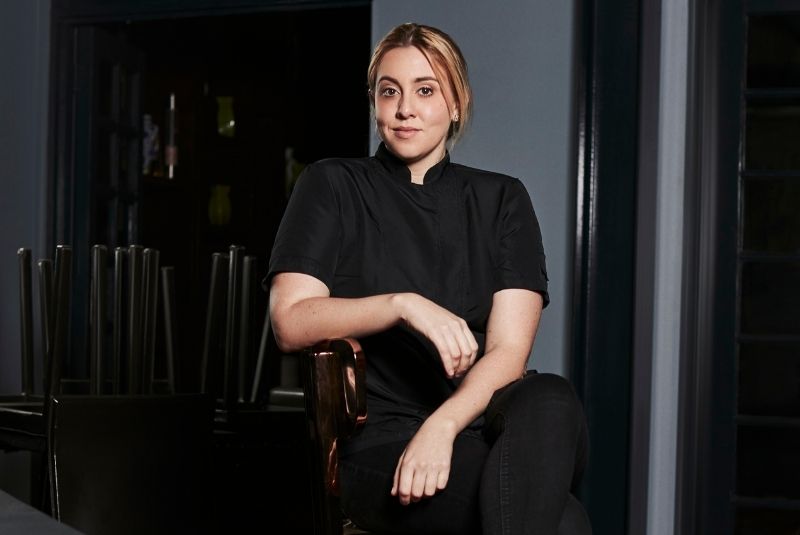 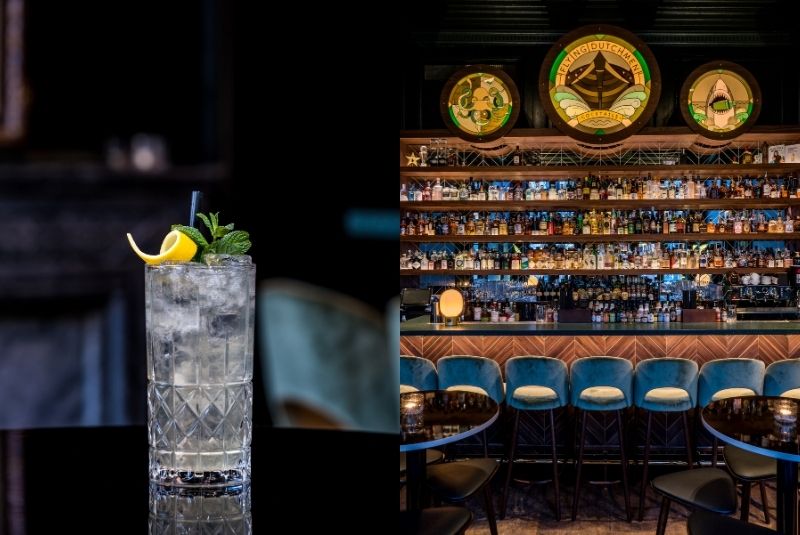 When creating their bar, Dutch mixologist Tess Posthumus and her business partner Timo Janse looked to the world restaurants. They considered that before a chef can deconstruct a dish of eggs Benedict, for example, the guest first needs to understand what eggs Benedict is. Their three-year-old venue is striving to build a new cocktail culture in the Netherlands by exploring the classics.

Located in the 350-year-old Odeon building in the heart of Amsterdam, Flying Dutchmen Cocktails puts the focus on cocktail education, with each drink served alongside the fascinating stories behind the spirits, recipes and bartenders who created them, as well as running consumer workshops and professional training programs. Posthumus and Janse are on a mission to show their country how to walk, run and eventually fly through the world of cocktails – and the wind is certainly beneath their wings. 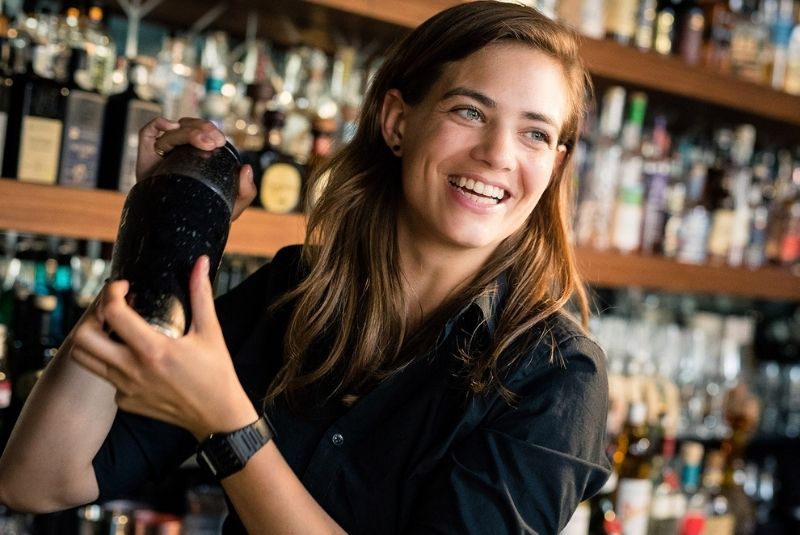 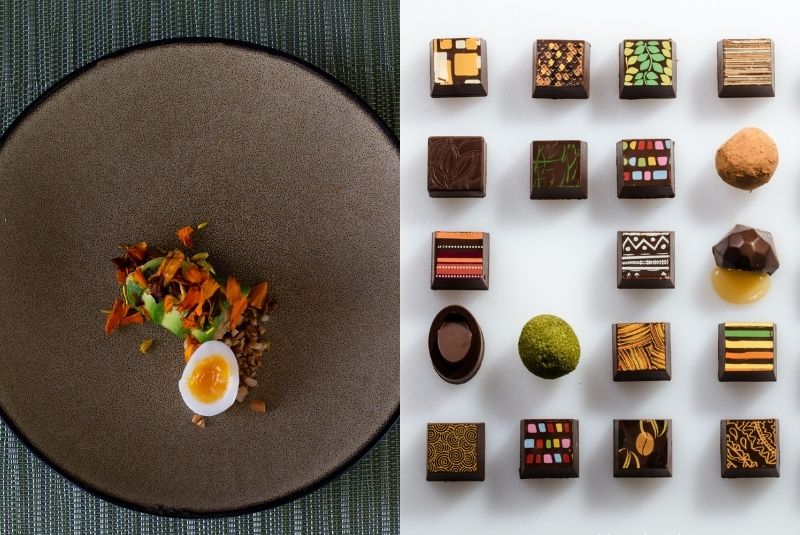 Midunu is chef Selassie Atadika’s project to challenge diners’ perceptions of African food. After spending a decade working on humanitarian projects with the UN and teaching herself how to cook, Atadika enrolled at the Culinary Institute of America and has since conceived her own brand of new African cuisine. Since its launch in 2017, Midunu – which translates as ‘let us eat’ – has gained a loyal following and growing international interest, with a bright future ahead.

Despite having a physical home and events space in the residential Tesano neighbourhood of Accra, the restaurant’s culinary concept is all about nomadic eating. The chef curates multi-course experiences across the city that focus on delivering Africa’s bounty to the table by integrating underutilised grains and protein. In November 2020, Selassie launched Midunu’s line of truffle chocolates – which always provide a sweet conclusion to her dinners – in the US and Canada, handmade by a team of female chocolatiers in Accra. 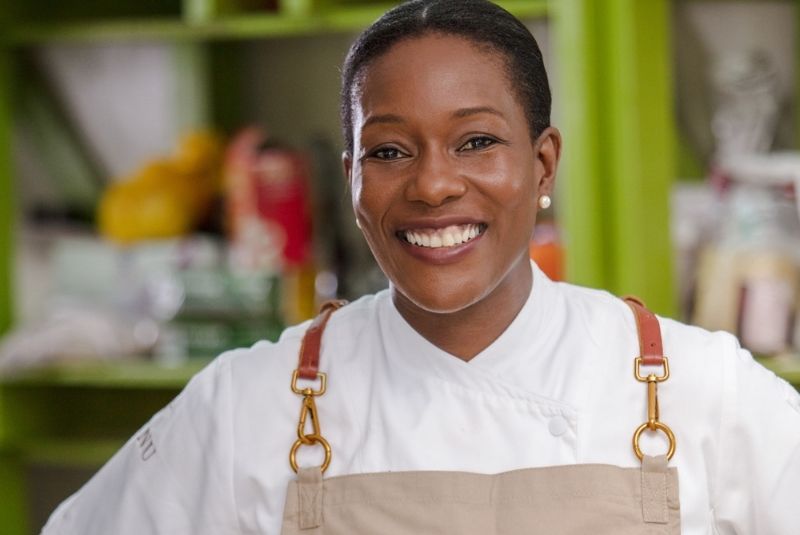 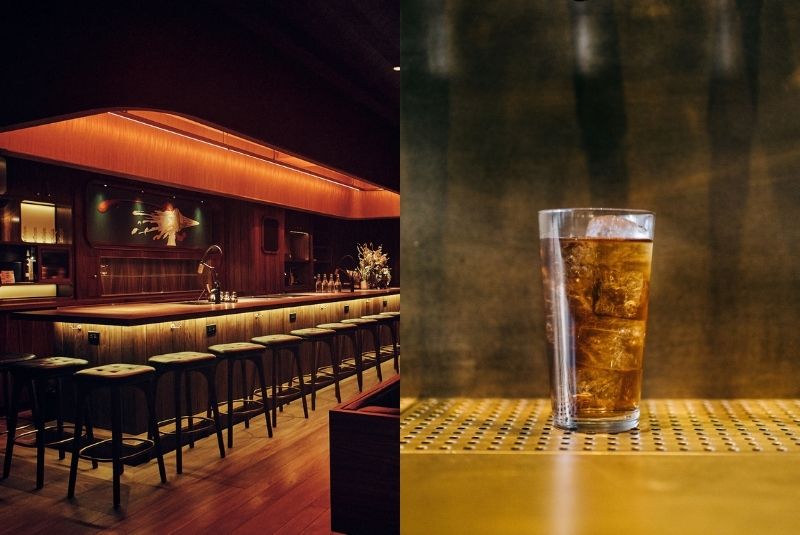 Prior to having a bricks-and-mortar location, Double Chicken Please was a pop-up bar that travelled aboard a yellow Volkswagen minibus for three years, earning rave reviews across the States. Taiwanese bartender Faye Chen and her business partner GN Chan opened the venue’s physical location on the Lower East Side in November 2020 with a concept that sees “the drinks inspired by the food and the food inspired by the drinks”. 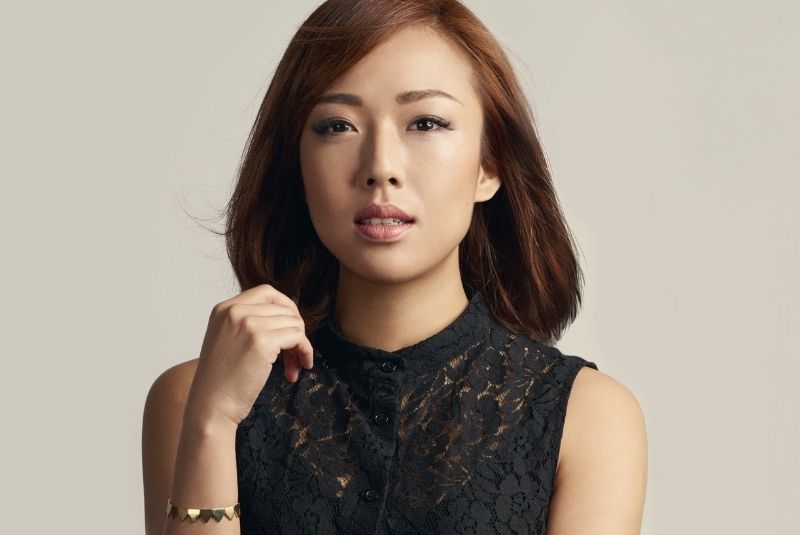 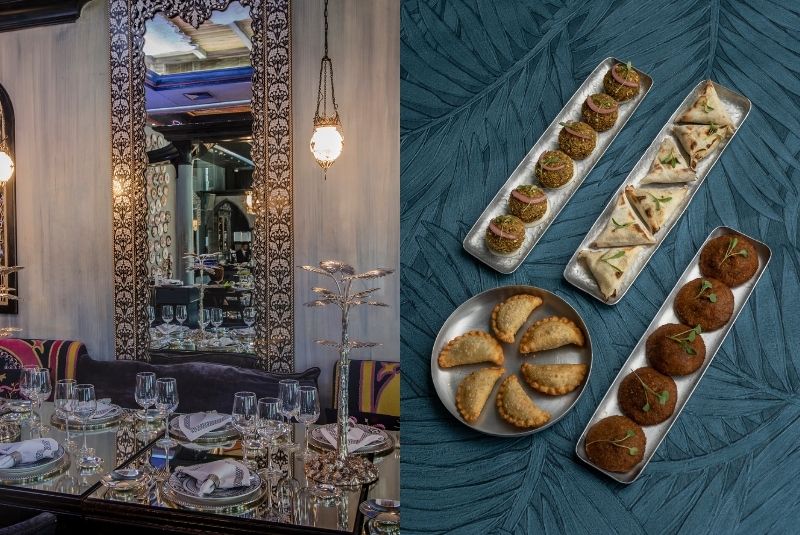 A homage to Lebanon’s culinary heritage, Em Sherif is the brainchild of chef Mireille Hayek. The self-taught cook discovered a passion for the gastronomic arts after she got married and started making meals for her family – since then, she has grown to become one the country’s most respected chefs and restaurateurs, and has opened venues in Kuwait, Riyadh, Doha, Damascus, Dubai and Cairo. Next, she's already setting her sights on the U.K., France and the US, among others.

Named after Hayek’s son Sherif, the original Beirut restaurant is the family’s labour of love, where the trickle of water fountains meets traditional taarab music. From the start, the chef did away with menus in favour of a communal dining experience that sees guests receive a succession of 30-plus meze plates, including outstanding staples such as fattoush and tabbouleh. Em Sherif provides a quintessentially Lebanese dining experience that is not to be missed. 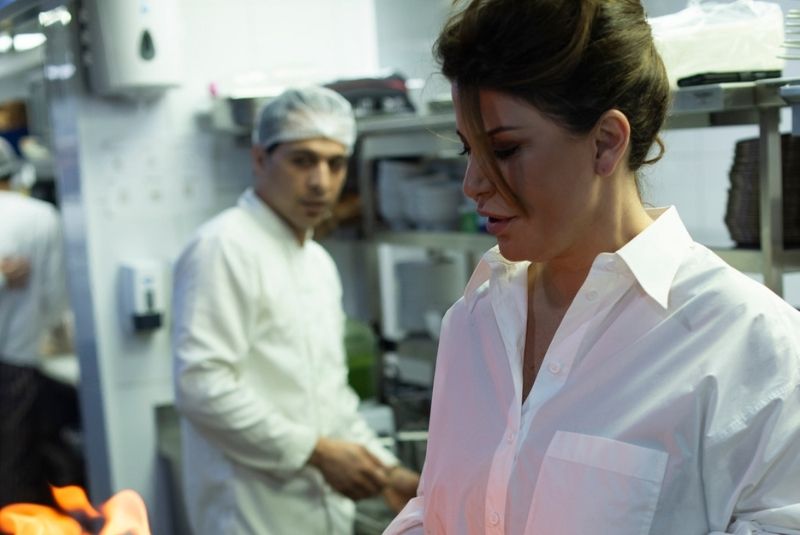 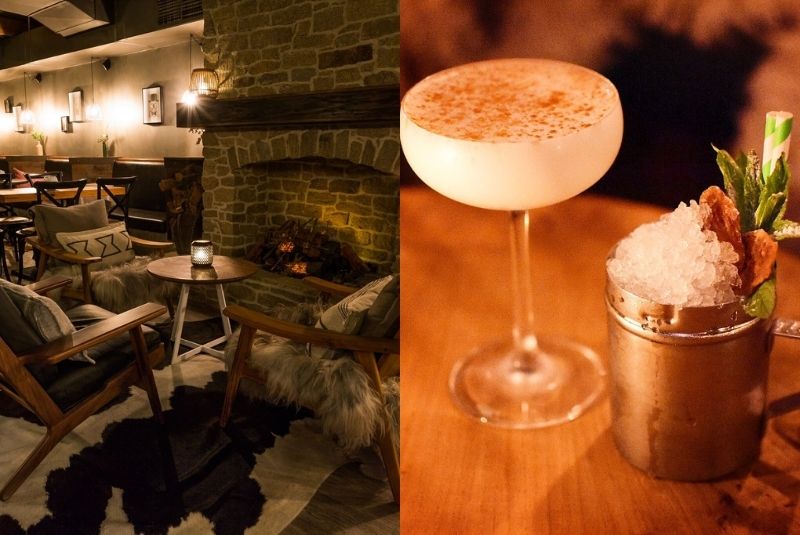 Inspired by old-fashioned speakeasies once colloquially known as ‘knock knock’ bars, Door Knock was created by Australian bartender and innovator Natalie Ng. The cosy bar, hidden in a basement at the bottom of three flights of stairs, is all about having a good time, with a menu that features biodynamic and natural wines, creative twists on classic cocktails and tasty bar bites.

Ng – who previously worked at Sydney institution Café Pacifico and helped open Mojo Record Bar – says that “cocktails should bridge the gap between what you think you like and what you really like”. Take, for instance, ‘Mez-sage in a Bottle’, which combines mezcal, herbal liqueur, apricot nectar, sea salt and a paper made from apricot and sesame seed – a seriously delicious concoction that doesn’t take itself too seriously. During the coronavirus-induced closures in 2020, Ng became a leading light for the industry, sharing the measures she took to take care of her staff and her advice for bar owners. 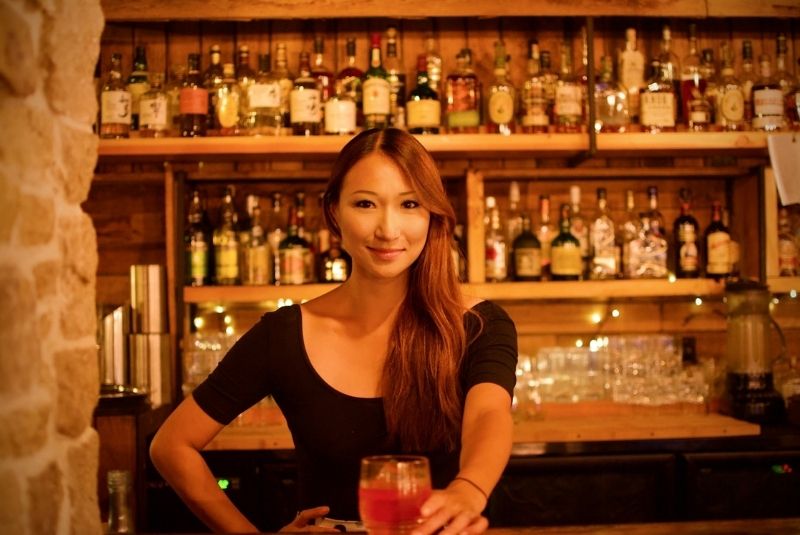 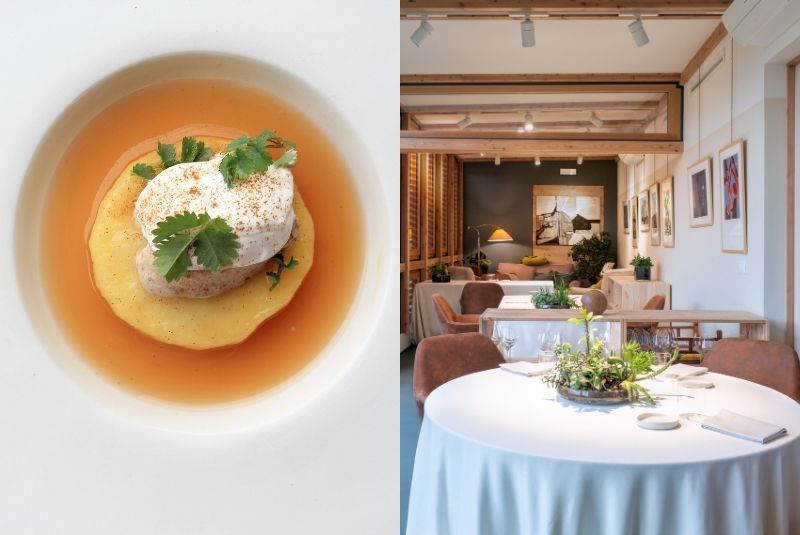 Located in a small village in north-eastern Italy with a population of less than 500, L’Argine a Vencò – opened in 2014 – is an inspired exploration of the region’s terroir and multicultural history through food. A historical building next to a 17th-century mill is the playground where chef Antonia Klugmann lets her creative juices flow, inspired by the fields, hills, rivers and villages that dot this territory near the border with Slovenia.

With only eight tables and large windows that overlook the vegetable garden and surrounding vineyards, L’Argine a Vencò majors on little-used vegetables and local weeds, presented in striking dishes such as radicchio leaves marinated in red wine vinegar and truffle butter. Klugmann’s sensitivity shines in her use of whole ingredients to reduce waste and revival of traditional product combinations through a modern lens – such as serving meat and fish with local fruits. L’Argine a Vencò is breathing fresh life into a rural area with a long culinary history. 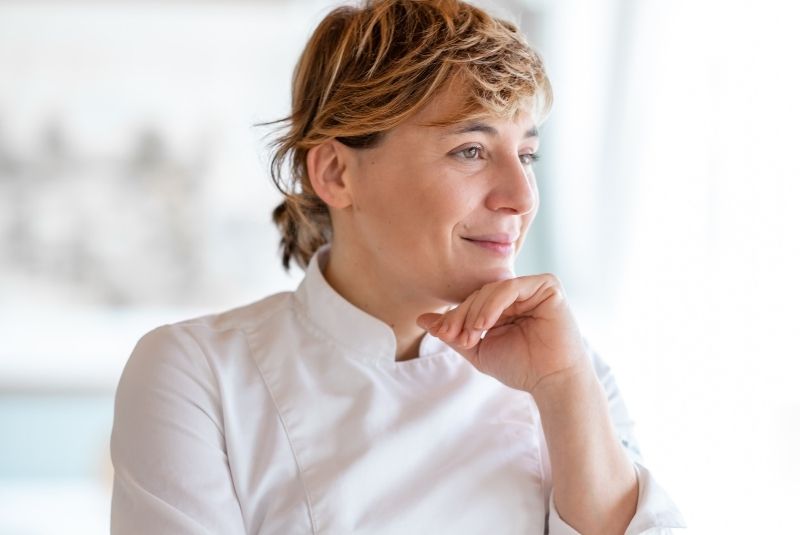 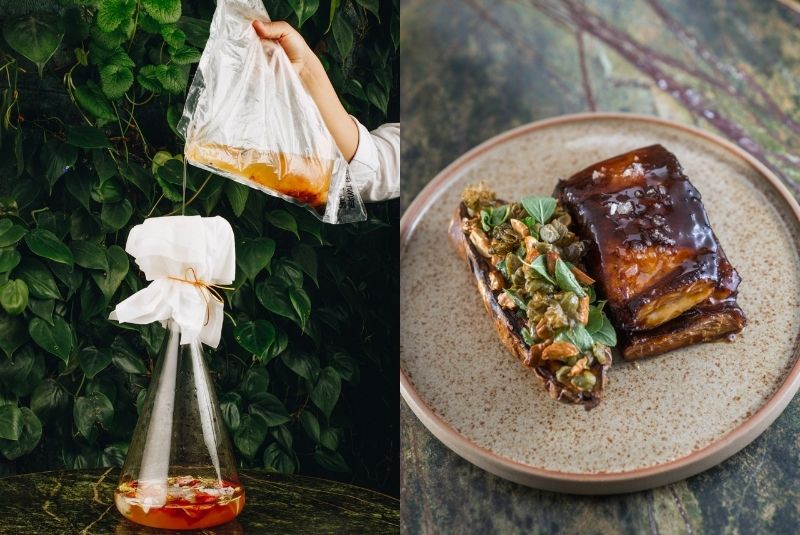 Behind Casa Cavia are three figures who are rewriting history in Buenos Aires’ hospitality: Guadalupe García Mosqueda, founder and creative director; Flavia Arroyo, who leads the bar; and Julieta Caruso, in charge of the culinary offer. Together, the power trio created a multifaceted venue that takes in a bar, restaurant, library, publisher, garden and a flower shop, celebrating the many ways in which gastronomy, culture and design are interconnected.

Arroyo’s cocktails use contemporary techniques such as gasification, clarification and fermentation to extract strong flavours from Argentinian ingredients. In the kitchen, Caruso focuses on a farm-to-table concept of reinvented traditional dishes and vegetable-forward creations, such as soybean and cashew gnocchi with beans and roasted peas. Writing a new chapter for modern hospitality in the Argentine capital, Casa Cavia is at the forefront of a multidisciplinary movement expanding the boundaries of hospitality. 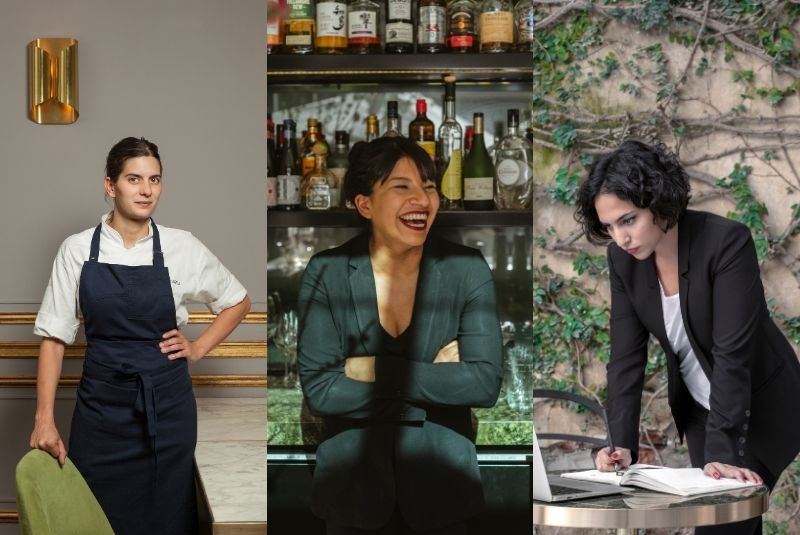 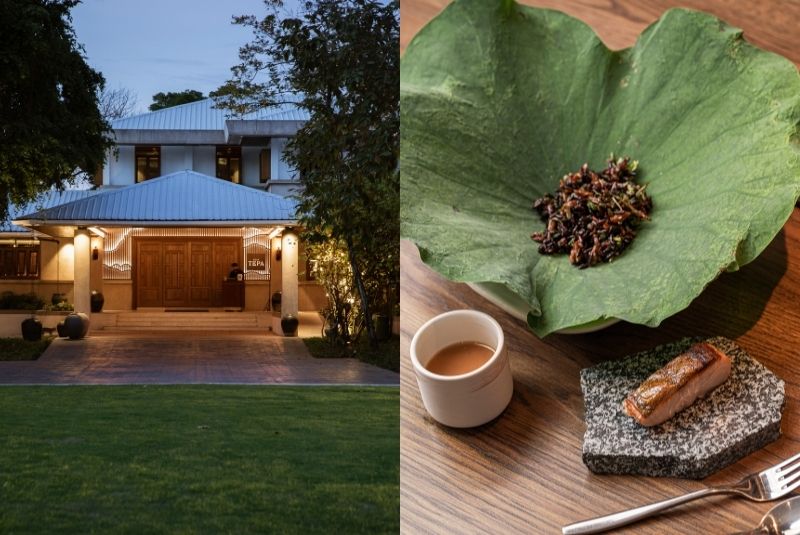 Opened in March 2020 by Blue Hill at Stone Barns alumnus Chudaree ‘Tam’ Debhakam, Baan Tepa is a culinary space hidden within a majestic Thai house in bustling Bangkok. Having trained with chef Dan Barber and been an ambassador for national campaigns against food waste, 28-year-old Debhakam applies a philosophy of authenticity and sustainability to everything she does at Baan Tepa.

The restaurant features seasonally changing 12-course menus that make the most of the Thai produce grown in the urban garden within the premises, while showcasing the chef’s modern flair. Debhakam says she wants to “create environmentally-conscious menus while learning new things, alongside local communities and producers” – a mission that is attracting ever-growing interest from the city’s foodies. 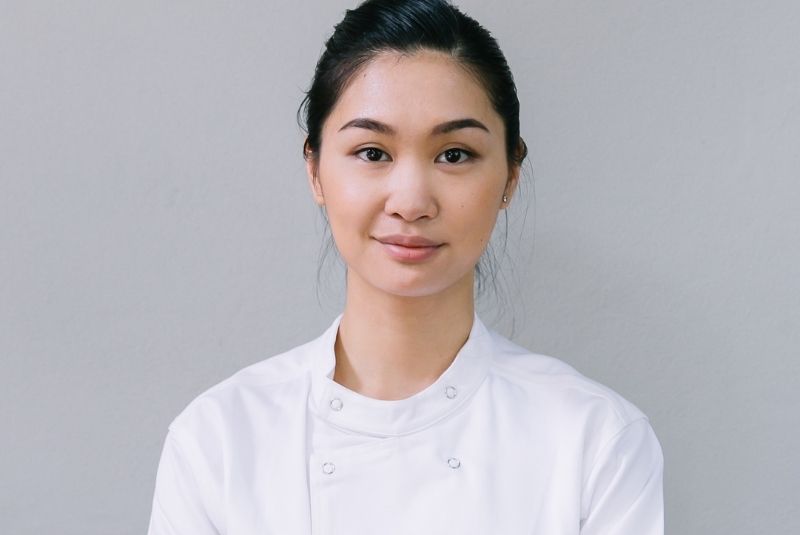 
‘50/50 is the new 50’ is a content series created by 50 Best and supported by S.Pellegrino with the shared aim of promoting equality, inclusivity and balance in the hospitality sector and beyond.